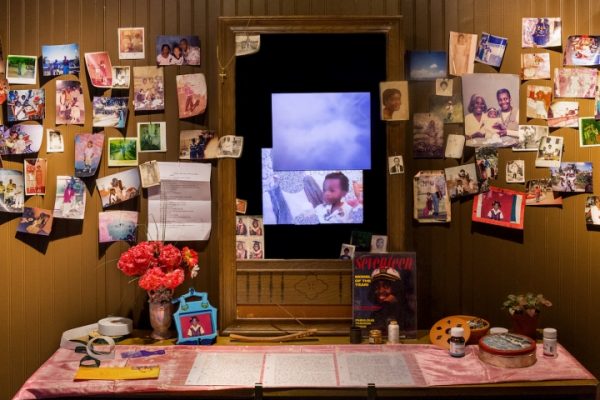 Summer is a ripe time for independent book fairs in New York City, with already two held last month. In case you missed those, this Friday, the annual Zine and Self-Published Photo Book Fair returns to Baxter St. at the Camera Club of New York with an overarching theme that sets it apart from most other sprawling fairs.

The fair’s curators, Elliott Jerome Brown Jr. and Devin N. Morris, have given it a cryptic if intriguing title: “Rock Paper Scissors and a Three-Armed Shovel.” Brown Jr. explains, “The fair’s title alone references rudimentary tools used for making —the paper and scissor being more comprehensive, traditional tools in this sense, and the rock being a symbol for a breakthrough, ingenuity, or disruption.” The second half of the title honors James “Son Ford” Thomas and his one-armed stepfather, who helped the artist dig graves to financially support his family and art. “Ultimately, we were interested in works that operate as an extension of living,” Brown Jr. says.

The Zine and Self-Published Photo Book Fair is exciting for its focus on art projects and writing that aren’t widely distributed. Among them will be texts by black women authors at the Free Black Women’s Library; zines from a trio of African American metalheads, Blkgrlswurld; a photo-booth set up by Kalen Na’il Roach; and work by Hyperallergic contributor and painter Anthony Cudahy. The fair has also issued an open call for anonymous submissions of photographs, which will be later used for a zine-making workshop led by Marcelo Yáñez of Picture Newspaper.