Dr. Rajeshwari Chatterjee was a professor and chair of the Electro-Communication Engineering Department at the Indian Institute of Science where she was also the the first woman engineer. 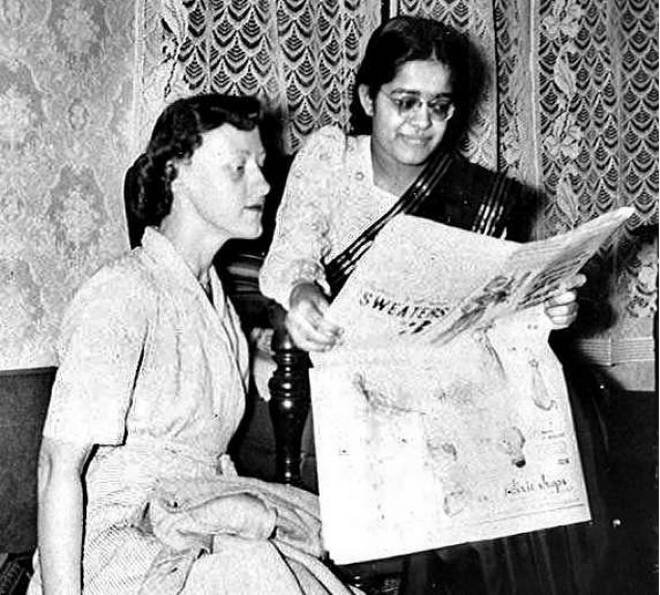 It was the year 1953, and IISc had just appointed Rajeswari Chatterjee – who had arrived in India from the US after her PhD from the University of Michigan – as a faculty member. Chatterjee, the first woman engineer at IISc, joined the Department of Electrical Communication Engineering (ECE), where her husband, SK Chatterjee, was already working. Along with him, she set up India’s first microwave engineering research lab.[i] Microwave research was in its early days, but had developed rapidly during the recently concluded World War II. Together, they introduced courses in microwave technology and satellite communication in the 1960s, and were the first to teach this subject in India. Grants were not plentiful at the time, and they built their lab from scratch, making the instruments and components required for their research using indigenous resources. In a career spanning about 30 years, Chatterjee pioneered research in microwave engineering, wrote several textbooks, mentored many students who went on to have successful careers; she finally retired as the chairperson of ECE in 1981. Her contributions to microwave research are still used in RADAR technology and defense applications by DRDO, and her legacy lives on through the work of her numerous students spread all around the world.

But Chatterjee’s tryst with IISc actually started much earlier, in 1943, when she joined the Institute as a research scholar in SP Chakravarty’s lab at the Department of Electrical Technology, after completing her BSc (Hons.) and MSc in Mathematics and Physics from Central College, Bangalore.[ii] At this time, there were only a handful of women pursuing a career in science. Chatterjee, however, was encouraged by her family, especially her grandmother, to pursue higher studies. In her few years as a researcher in Chakravarty’s lab, Chatterjee worked on electronics, specializing in ultra-high frequency measurements.

Read more from IISC, The Hindu, and Swarajya.