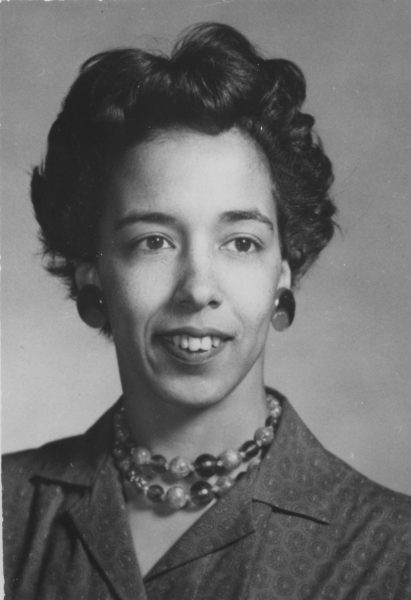 Clark’s first job after gaining her degree was in the Frankford Arsenal Gauge Lab, a U.S. Army ammunition plant in Philadelphia. She then moved to a small record label, RCA Camden, in New Jersey, where she designed factory equipment. Clark returned to the South to get married, and became the first female member of the Tennessee State University mechanical engineering department, joining the faculty in 1956. She twice chaired the department, initially from 1965 until 1970 and then starting in 1977 and held the position for 11 years. She retired as a professor.

Clark helped to start Tennessee State’s chapter of Pi Tau Sigma, a mechanical engineering society. She made great effort to encourage women to become engineers, and reported in 1997 that 25% of the students in her department were female.

Clark has worked for NASA, Westinghouse, and Ford.

Clark spent many summers at Frankford Arsenal doing research on recoilless weapons. She also spent a summer working with NASA in Huntsville, Alabama where she investigated Saturn V engines for hot spots. She then spent a summer at the NASA Manned Spacecraft Center in Houston, helping design the containers Neil Armstrong used to bring Moon samples back to earth.

Clark did further research that discovered methods for revitalizing and modernizing part of the inner city through the Westinghouse’s Defense and Space Center in Baltimore, Maryland. As of the 1990s, her research focuses on refrigerants. She is the main investigator for the research project “Experimental Evaluation of the Performance of Alternative Refrigerants in Heat Pump Cycles” funded by the Department of Energy’s Oak Ridge National Laboratory. Clark is the student division team leader for the NASA funded project at TSU called the Center for Automated Space Science.