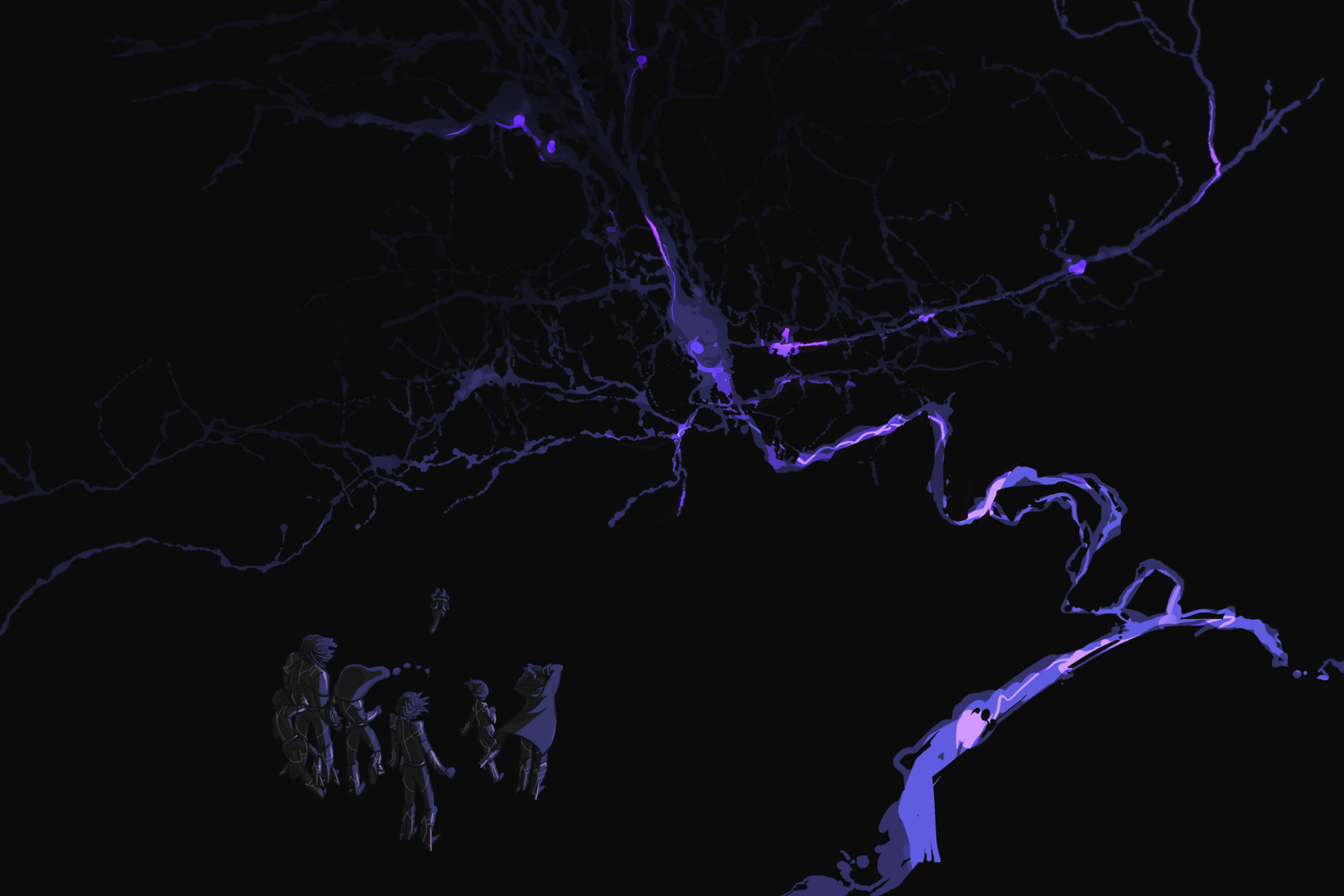 Four years ago a citizen science game called Eyewire hatched from Seung Lab, then at MIT and now at Princeton. Its goal was to pair up gamers with a challenge that has been bottlenecking neuroscience for decades: mapping the brain. Over the years the project grew. Hundreds of thousands of people helped, enabling new discoveries and stunning visualizations of neurons.

After years of work, Mystic, the first Eyewire expansion pack, will go live on June 30 and be open to any qualifying Eyewire player. Mystic teleports players across brain dimensions; specifically, from the mouse retina world of Eyewire to the hindbrain of a larval zebrafish, that we’re going to call zfish for short. We’re mapping a region similar to the brainstem in humans. It’s an important junction in motor control containing cells called “integrator neurons” that transform signals related to movement. Zfish are small animals, widely studied for two reasons. First, when zfish are in their young larva state, they are transparent, allowing researchers to see neurons through living tissue. Second, there is a large “mutant database” allowing researchers to study what is different when certain genes or cells are altered.

Since Eyewire’s launch in late 2012, gamers have been reconstructing neurons from a mouse retina at nanoscale precision by solving puzzles. The pieces to those 3D puzzles were generated by AI (artificial intelligence) using methods to volumetrically segment a serial stack of images. Eyewire has lived at the intersection of human and artificial intelligence since the beginning, so it’s fitting that the next chapter comes alongside an advancement in AI.

In Mystic, the human-machine collaboration expands, allowing players to directly throttle a threshold of an AI named Msty, whose name derives from “Mean Spanning Tree,” a method of determining whether neighboring 3D supervoxels belong together. By throttling up and down, players adjust how quickly — and recklessly — the software automatically maps branches, allowing for intricate cooperation between humans and machines to solve big problems.

The Mystic dataset is 3.3 times higher resolution than Eyewire — each pixel is 5 nm — and unlike Eyewire, these new images reveal intracellular structures like mitochondria and vesicles. Also unlike Eyewire, the Mystic volume contains functional data gathered by Emre Aksay and team from Cornell University. Using two-photon calcium imaging, they were able to reveal the firing patterns of live integrator neurons, shown in the video below.

Comments Off on Science Heroes at Work