The iPhone celebrates its public unveiling 10 years ago later this week on Thursday June 29th – yes, it really has been that long since Steve Jobs ushered in the first generation of the fruity phone. But Apple was by no means the first to ‘conceive’ the idea. And this project link from Jasper Speicher shows a prototype that Nokia was working on at that time, itself a kit and powered by a single-board computer (not shown), and powered by OpenEmbedded. 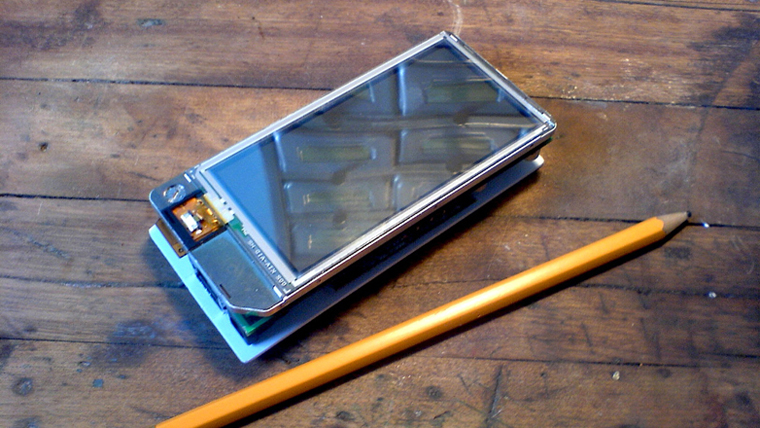 I was unaware of this prototype until recently, which is only to say I’m sure there are others out there still. It’s also a great then-Maker reference to kit-based phones or cellular devices, which you can see evolve into projects like the PiPhone or even the simpler single-function (it’s just a phone!) Arduin-o-Phone.

Here’s Jasper’s own words about the Nokia project:

Over the course of several (pre-iPhone) years, Nokia hired Tellart to design and build a handset-prototyping toolkit. Our first versions of the kit were based around early handheld computers. By the final prototype, I was managing an engineering specialist to build us a single-board computer and cross-compiling countless programs for it using Open-Embedded.

Jasper quotes this description of the project courtesy of Tellart:

Nokia’s designers needed a platform for exploring new smartphone concepts that would allow them to design, build, test, tweak and iterate quickly–even in the field while performing user testing. Over a year before the release of their biggest competitor’s iconic touchscreen smartphone, Nokia knew they wanted to combine 16×9 touchscreens with a host of sensors to create gestural and environment-aware smartphones.

After a series of experiments hacking PDAs with our Sketchtools toolkits and researching suppliers for components, we worked with a partner to design and manufacture a single-board computer. The result was a 1:1 scale Linux handset capable of running the Flash Player and our NADA server. The prototyping platform enabled designers to use design tools (Flash) and plug and play sensors to quickly sketch graphical and tangible user interfaces on a mobile device.