Lucy, a Discovery Mission to study Trojans in our solar system, doesn’t launch until October 2021. But the software used to assist its flight path and trajectory – known as Evolutionary Mission Trajectory Generator, or EMTG – is available today, and can be downloaded online. More on the Lucy mission can be read here and here, while the software package is linked from the bottom of this page and SourceForge are hosting the EMTG papers and Tutorial which explain the software in-depth. 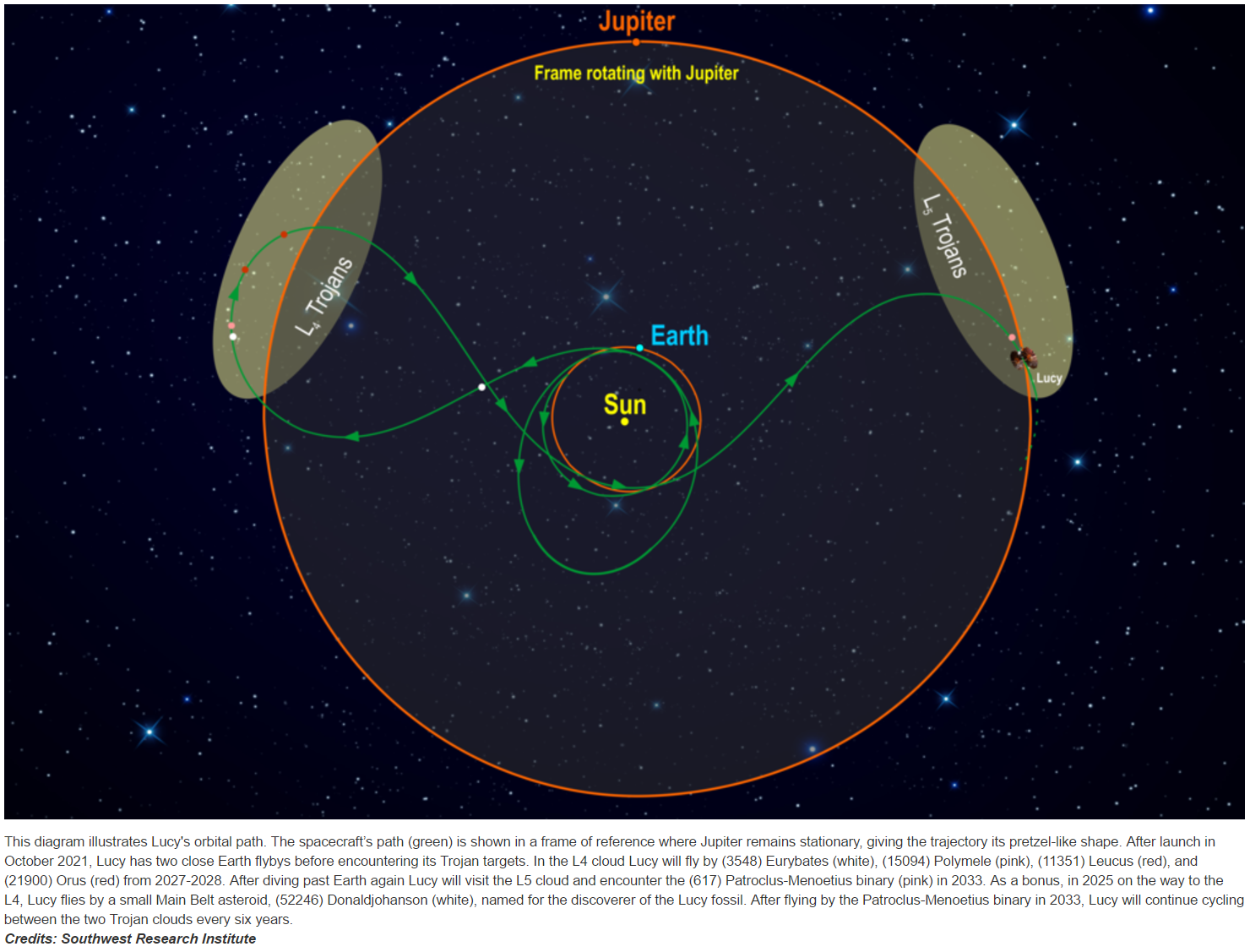 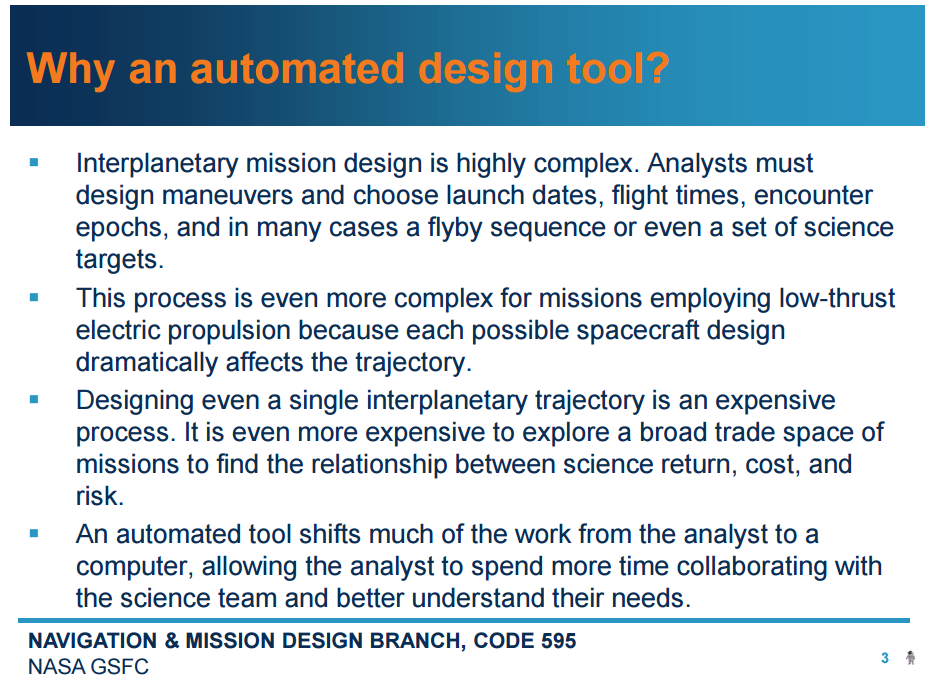 Here’s a preview of the software’s output: 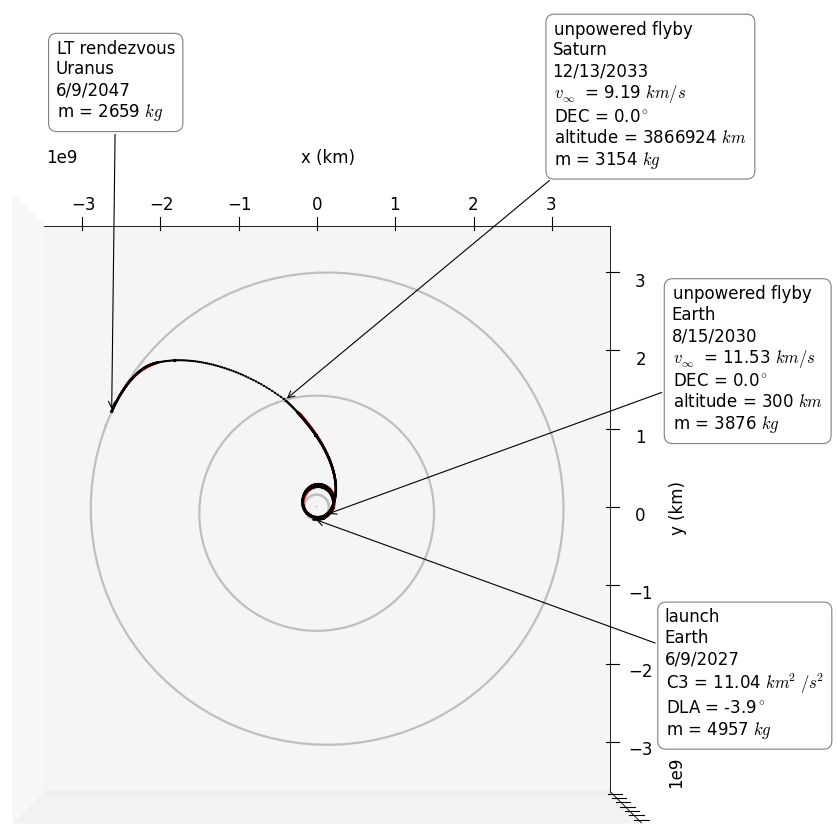 EMTG is NASA Goddard’s fully automated tool for the design of interplanetary missions using either high-thrust chemical or low-thrust electric propulsion as well as planetary flyby maneuvers. EMTG is capable of determining both the optimal flyby sequence (using an integer genetic algorithm) and also the optimal trajectory (using a nonlinear programming solver and monotonic basin hopping). The outputs of EMTG are medium fidelity – suitable for trade studies and proposals but not for operations. EMTG is composed of two components. The core EMTG program is written in C++ and is driven by a text script interface. The second component is a graphical user interface (GUI) written in Python which is used to process EMTG input and output scripts. The two programs are independent but complimentary.

EMTG was used to design Lucy, NASA’s next Discovery class mission to the Jupiter Trojans!