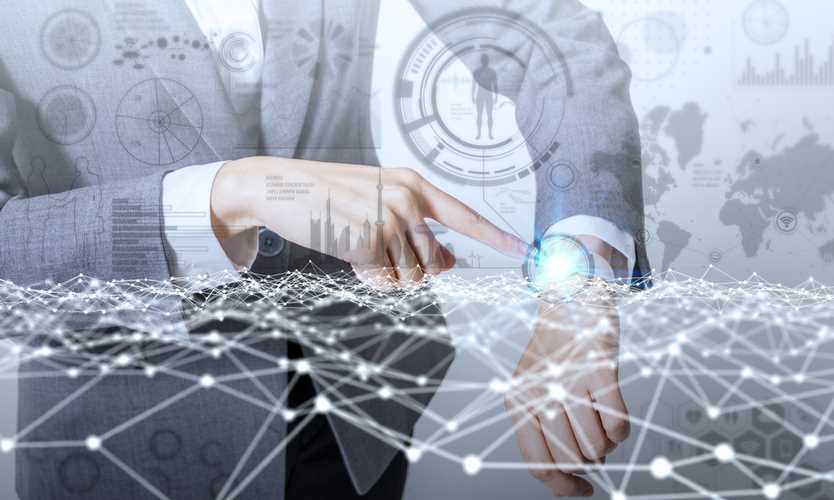 The momentum around wearable devices continues to build both in the general population where activity trackers have become nearly ubiquitous and within workplaces, where such devices promise to increase worker safety and reduce workers compensation claims.

But employers should put thought into how and why to deploy wearable devices if they hope to see a meaningful return on their investment, experts say.

The buzz around wearables was evident at last week’s American Society of Safety Engineers Safety 2017 conference in Denver. Several conference sessions were dedicated to wearables discussions and on the expo floor, wearable safety devices were on display. Peoria, Illinois-based Caterpillar Inc. demonstrated a solution it created to reduce accidents involving collisions between heavy machinery and construction personnel. Using a small beacon that fits inside a hardhat and a receiver mounted in the cab of a vehicle or machine, the solution can detect when a worker is dangerously close to the equipment and alert the driver with an alarm.

Mr. Zulps and Mr. Korman demonstrated a worker positioning system using wireless beacons placed around the room and safety vests outfitted with transmitters that allowed software to track their movements throughout the aisles and among audience members in real time. Such systems could be deployed on construction sites and allow supervisors to define restricted or unsafe areas and send audible or visual alarms to a wearable device to warn workers to stay out.

In addition to safety applications, these devices could facilitate trade stacking — the organization and management of multiple contractors or subcontractors on a site at the same time — they said.

Mr. Korman and Mr. Zulps also touted the potential of wearable applications that can automatically or manually alert supervisors to accidents or warn workers if an evacuation is necessary due to weather or other environmental hazards.

However, it is important for employers to consider a bigger picture when it comes to investing in and deploying wearable technologies, experts say. That includes defining goals for a wearables program and understanding new risks such devices can introduce.

Typical objectives for a wearables program fall into three broad categories, said Rachel Michael, senior consultant and ergonomics thought leader with U.K.-based Aon Risk Solutions. The first is to collect worker data on an activity like bending over to do work and compare it with a threshold. The difficulty with that goal is finding reliable thresholds to compare collected data to, said Ms. Michael.

A second goal is often to change individual behavior, but Ms. Michael said evidence has shown that wearables are not very effective on their own at changing behavior. A study published last year conducted at by the University of Pittsburgh compared weight loss results among 471 adults on a prescribed weight loss plan, some of whom were asked to use a wearable device to monitor diet and physical activity. The study found that participants who used wearable devices lost less weight than participants who monitored diet and physical activity through self-monitoring.

“The fundamental idea behind many wearables ultimately is to change behavior,” said Ms. Michael. “Evidence gathered from years of progress in this area is that behavior is driven predominantly by organizational culture and systems to reinforce desired behaviors and discourage deviations. If a tool to measure behavior is used, then the feedback loop — positive reinforcement, habit-making time measurement, and further reinforcement — must already be in place.”

The third goal employers might want to strive for with a wearables project is to collect data in order to make changes to organizational behavior, such as changing workflows or processes to make work safer or more efficient.

“Wearables are hardly a panacea for solving the spectrum of workplace safety and productivity issues,” said Ms. Michael. “Thus, their acquisition and deployment should include an assessment of potential issues and a framework for addressing them.”

In addition, employers need to be aware of the potential pitfalls wearables can introduce, including information overload, potential data breaches, Health Insurance Portability and Accountability Act considerations and other liabilities related to collecting and storing personal information. Most employers aren’t properly equipped to interpret the amount of data that can be generated by wearables, which could lead to a wearables program that ends up collecting data just for the sake of collecting data, Ms. Michael said.

Comments Off on Wearable Technology gains Traction in Workplace Safety