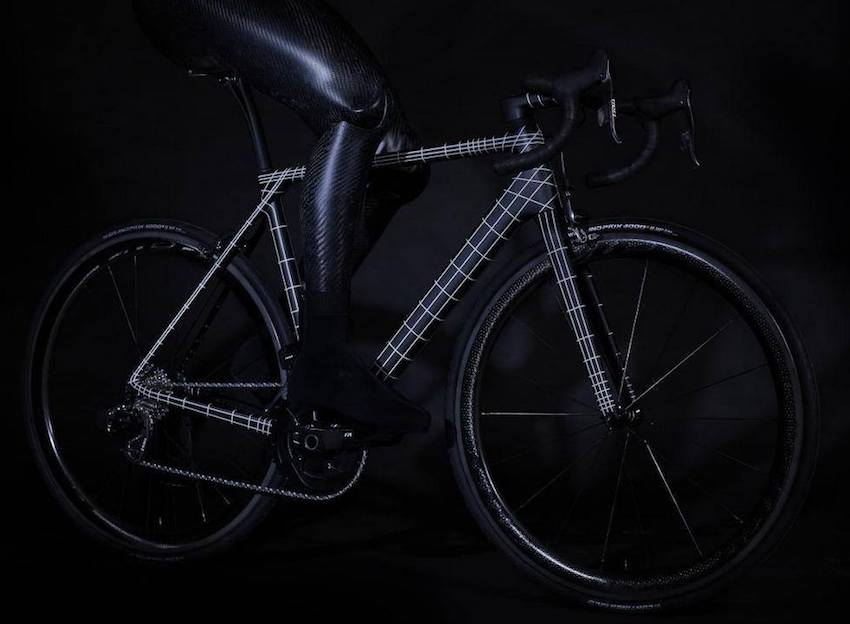 Canyon bicycles will be producing a limited run of high end road bikes in honor of Kraftwerk. The bike features a minimal line theme out of reflective strips which are hand cut and hand-laid.  There is also a 128-bit encrypted electronic shifting system made by SRAM eTap.

Kraftwerk hails from Dusseldorf which is the same city that the Tour De France had it’s time trails and start of stage 2 this year. The original founders of Krafterwerk Ralf Hutter and Florian Schneider were avid cyclists through the 1970’s and into the 80’s riding 200km a day. The band recorded a single called “Tour de France” followed later in 2003 by a full soundtrack with the same title for the 100 year anniversary of the race. Kraftwerk performed the Tour De France soundtrack live this weekend in Dusseldorf at the end of the race. Bikes start selling Monday, July 3rd for $11,411.90.

Comments Off on Canyon’s Kraftwerk Bike