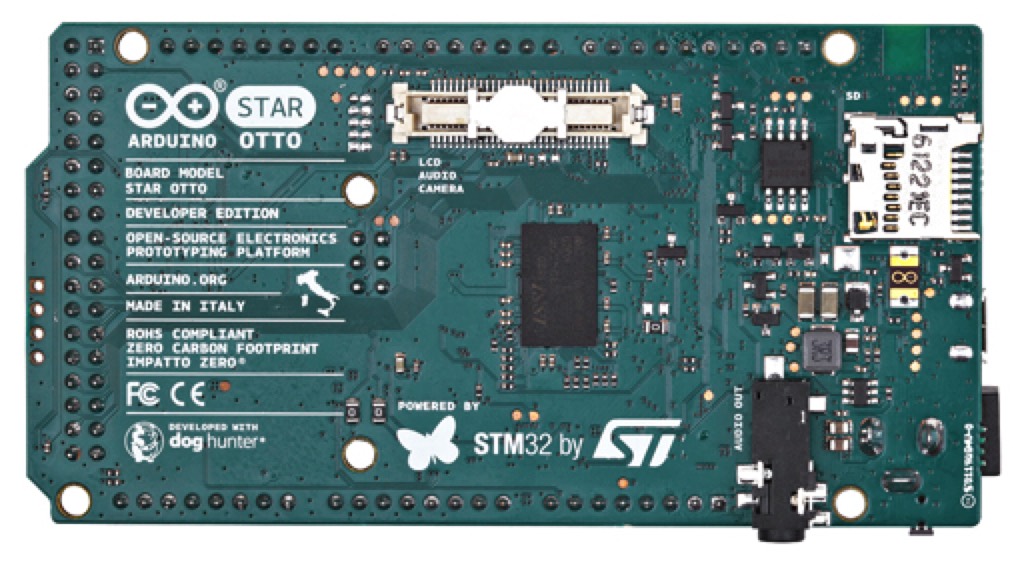 Arduino STAR – OTTO. The board was available at Maker Fair in May of 2017 and according to the arduino.org Twitter account “it soon will be available from distributors.“. Searching on Ocotopart, all there is a PDF from STM from 2016, when it was announced, so far we could not find which distributors will stock it. 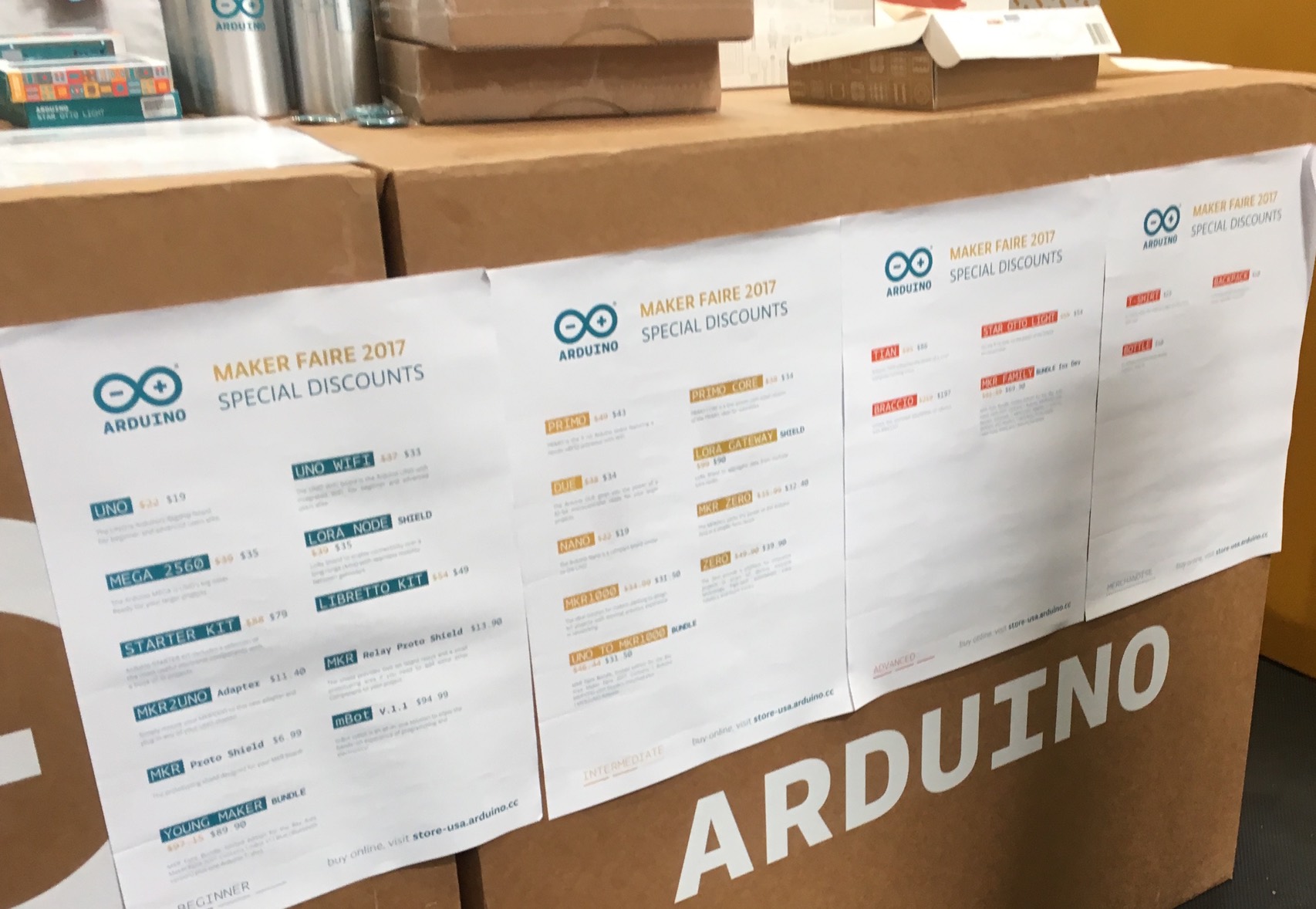 The Arduino Star OTTO was sold at Maker Faire 2017 in May as well for $54 (unboxing post). It is advertised as open-source.

In an interview _at_ Maker Faire by Mike Szczys of hackday.com, the CEO of Arduino, Federico Musto says “First of all everything is open source, open hardware, so everything will be available.”

The Arduino Star OTTO was announced and shown over 1 year ago.

The Arduino Star series of boards feature ST Microelectronics processors, and the first of the series is the STAR OTTO. The Otto combines the power of the STM32F469 processor and an Espressif ESP8266 for WiFi, with several on-board peripherals, such as a micro-SD slot, a connector LCD-Audio-Camera, an USB Host, an headphone and speaker output, and an on-board stereo microphone.

The board physically says “Open-source electronics” on it. There are no PCB design files or licenses on any files available.

The schematic (PDF) has no license indicated. “DogHunter” logo is the only ownership indicated as author.

We emailed arduino.org for comment regarding the open-source status and claims for their products, they have not replied.

Previous
“Is Arduino project hijacked?”
Arduino INDUSTRIAL 101 – Is it open-source?