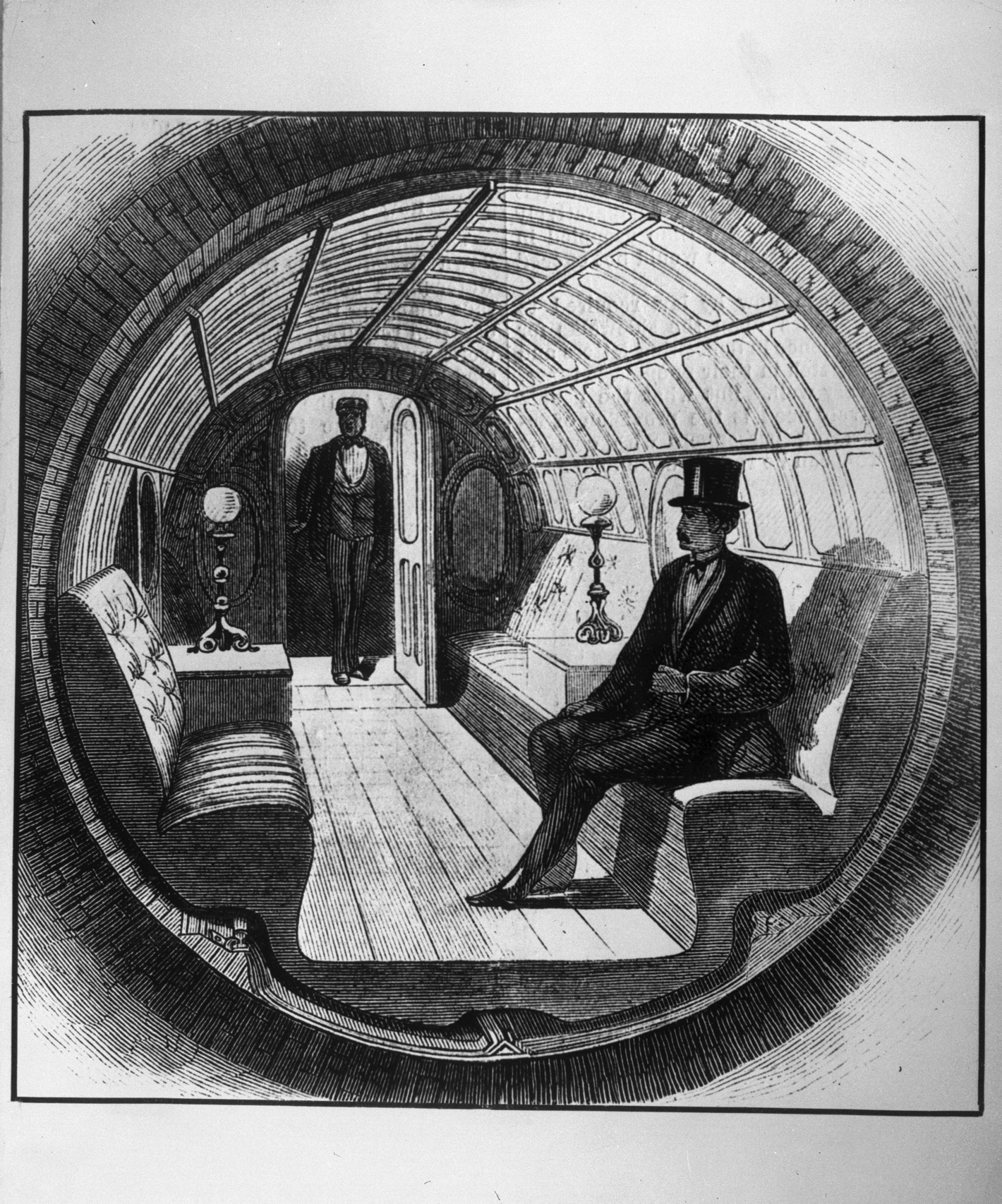 The Gothamist has a fun piece about NYC’s original subway line.

26th February 1870: Passengers on board America’s first passenger subway train, a pneumatic train under Broadway, New York, built by the Beach Pneumatic Transit Co. as an experimental section. The line extended from a sub-basement at the corner of Warren Street to Murray Street. 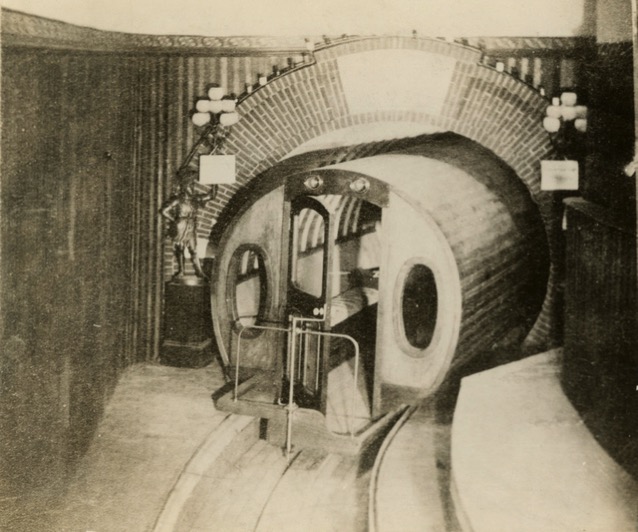 Our first underground transit system in NYC was a pneumatic subway created by Alfred Ely Beach, and despite being constructed back in the 1870s, some aspects of it were a lot nicer than the crowded old cans we ride in today. For one, this subway’s station had chandeliers and a waiting room with a piano. Secondly, it doesn’t appear anyone ever had to claw their way out of a stalled train.

The line was short, running just one block under Broadway from Warren Street to Murray Street, but the area was seeing so much congestion at the time (“We can travel from New York half-way to Philadelphia in less time than the length of Broadway,” the NY Tribune complained) that an underground solution was perfect. It did have plenty of critics, however, particularly when the pneumatic idea had not yet been implemented, and the subway cars were to be drawn by horses. 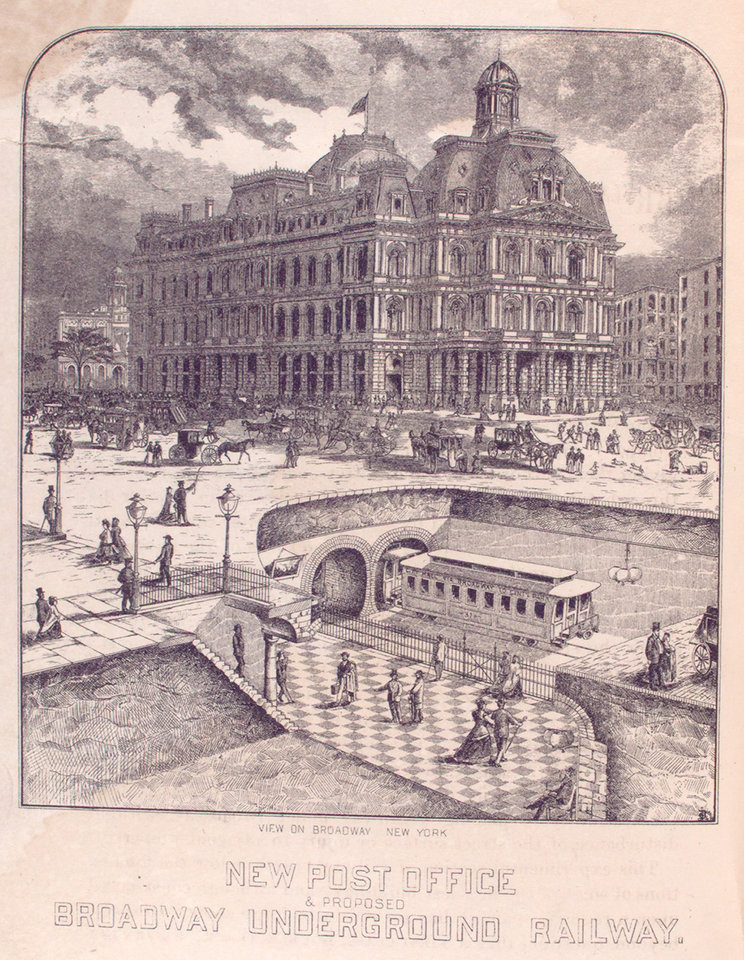 After clearing some obstacles set down by Boss Tweed, Beach finally found a space to set up his Beach Pneumatic Transit Company: the basement of Devlin’s, which he leased for $4,000 dollars a year for five years. He cleared a cylindrical tunnel in 58 days, and the city’s first luxurious subway line opened on February of 1870