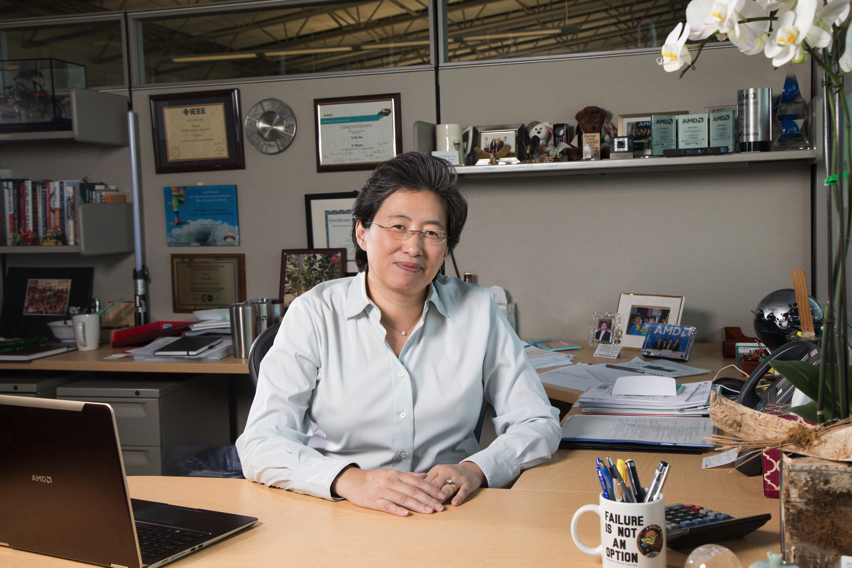 From the wide windows of her fourth-floor office, Lisa Su can look across the Austin campus of Advanced Micro Devices and see the laboratory building where the company’s new chips get tested. In the spring of 2016, Su was looking in that direction quite often, not to mention texting, instant messaging, and calling the staffers who worked there. She was waiting eagerly for a Zeppelin to arrive.

Zeppelin was the code name for AMD’s (AMD, -2.32%) newest microprocessor, a flagship chip designed to run in personal computers and corporate servers—and the company’s future was riding on its success. Su, a Ph.D. microprocessor engineer herself, had become CEO in 2014 in the midst of a dismal sales decline for the chipmaker. Zeppelin was the first fruit of her effort to revive AMD’s product line, with redesigned-from-the-ground-up chips that could woo customers with intense computing needs, from finicky video gamers to tech companies running artificial intelligence and machine learning programs. If the new products thrived, AMD stood a chance of reversing years of losses, and even emerging from the shadow of rivals like Intel and Nvidia.

What Su didn’t anticipate was that when the Zeppelin finally got to Austin, it would crash-land.

Louis Castro, who oversees testing, had assembled a team of 80 engineers to check out the first Zeppelin chip, dubbed the Ryzen. But the night before testing was to begin, in April 2016, the head of the chip design team called Castro. A flaw had slipped through the designers’ computer simulations, and the first chip would be dead on arrival, incapable of even booting up a computer. If the problem couldn’t be quickly fixed, the chip might be delayed for weeks or even months. And to complicate matters, Su was 8,000 miles and 10 time zones away on a business trip in India. “You’ve never been part of something as big as this in your career,” Castro recalls. “I sat and thought to myself, Oh, my gosh, what am I going to do?”

Lee Rusk, the engineer in charge of Zeppelin, called the foundry that was making the chip for AMD and told it to stop production immediately. Chief technology officer Mark Papermaster stepped up to call the CEO with the bad news. The conversation was urgent, but neither executive panicked. And Su’s immediate reaction was decisive: Testing couldn’t be delayed.

AMD’s team quickly went into what Su calls “Apollo 13 mode.” Four different teams of engineers brainstormed solutions for getting around the flaw in the prototype chip to start testing immediately. As soon as she got back to Austin, Su headed straight for the lab, encouraging the teams while reminding them that “failure was not an option.”