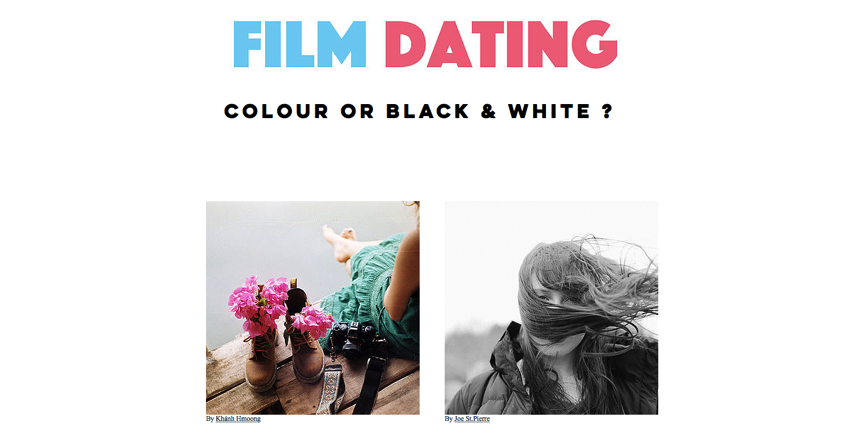 From One Year with Film Only:

If you are starting to shoot film, you may be wondering which film is better than an other. I was feeling the same way when I had to buy my first roll!

Let me tell you that there is no such thing as the best film. Instead, think about it as the right film for the right situation or person. Your choice of film will play a major role on the final result so you must choose wisely!

That’s why I have developed the FILM DATING. This simple tool is here to help you finding the right film based on how you want your images to look like.