Why Your Nexus 5 is Stuck in Boot Loop 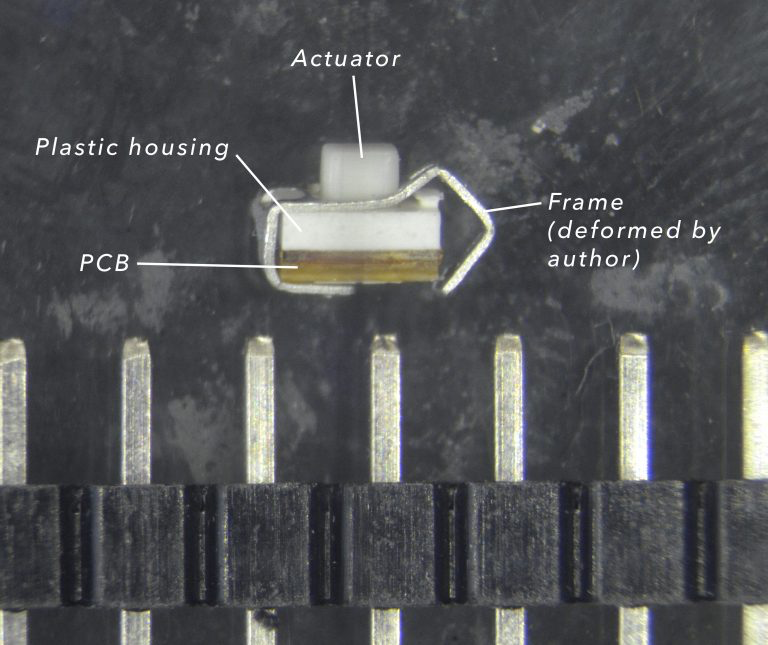 Gregor van Egdom wrote in with a follow up piece to his teardown of an LG G3 smartphone with a piece on the LG “boot loop” problem and how he figured out what was going on.

After tearing down and repairing the LG G3 I received someone’s broken Nexus 5, also known as LG D820. A part of the screen was shattered, but the digitizer still worked. It did, however, behave erratically. First I thought the digitizer was recording touches that weren’t there, but after disconnecting it, the problem persisted.

As it turned out, the power button was broken. Unlike the power button on my iPhone 4 – which didn’t respond at all – this button continuously registered presses when it was left alone. This makes the phone unusable because it will shut itself down, try to reboot, but before it can do anything thinks you’re trying to reset the thing.

The internet has dubbed this the “boot loop” and it’s a massive problem. Search for “lg boot loop” and you’ll get 4.3M results. “Nexus 5 boot loop” on YouTube yields 70K (!) videos. Probably not all of these boot loops are due to the power button; some reports suggest that some other connection on the main board degrades due to components heating up.

So what’s up with this particular instance? I fixed the phone by replacing the power button. When you can do this repair yourself, it will take about $1 and half an hour. I you go to a service company, they’ll probably charge $50+. As is so often the case, these tactile switches cost only a few cents but end up defining the (economic) lifetime of an expensive piece of hardware when they fail. I received 5 new buttons, so I decided to take one apart to try and understand what happened. Unfortunately, the original button was lost when I desoldered it. 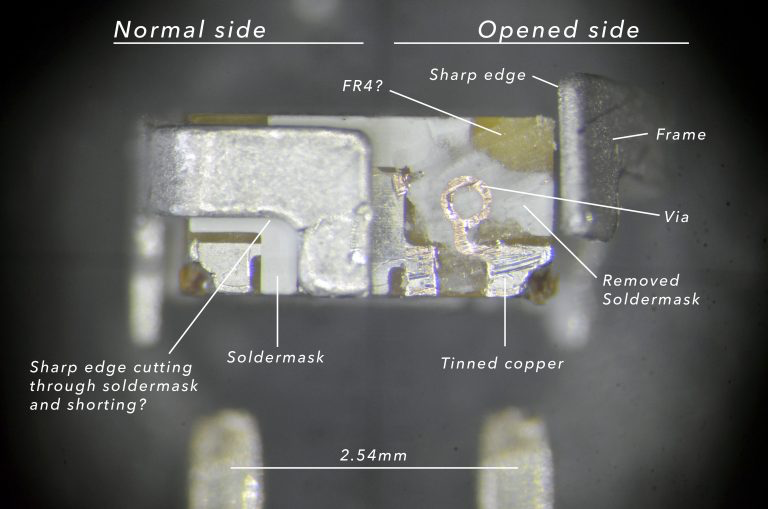