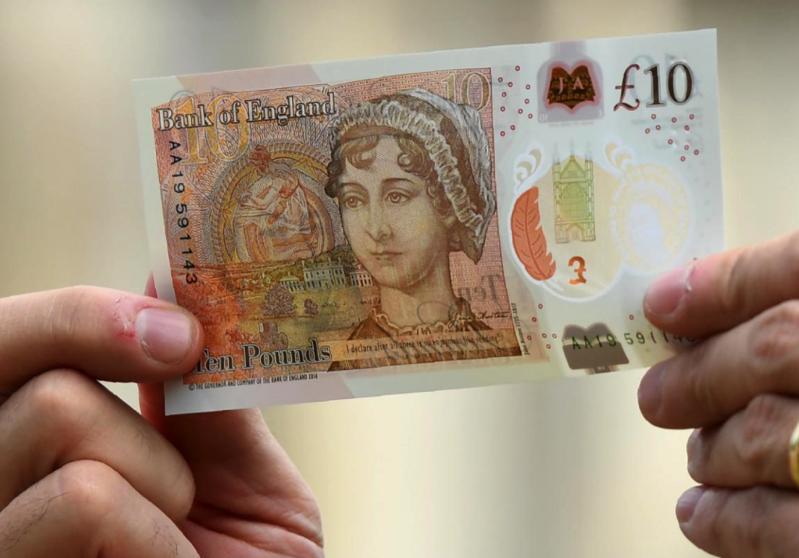 It is a truth universally acknowledged, that anyone in her right mind, will admit Jane Austen was a total boss.

The Bank of England unveiled its first plastic 10 pound note on Tuesday, which features 19th century British novelist Jane Austen and will be available to the public from September.

The central bank has printed an initial run of a billion of the new notes, which are known in Britain as “tenners”, after last year’s launch of a five pound note made from a polymer film that the BoE said is more durable and harder to forge.

The writer was buried in Winchester Cathedral in 1817 and completed many of her best-known works such as “Pride and Prejudice” and “Emma” in the nearby village of Chawton.