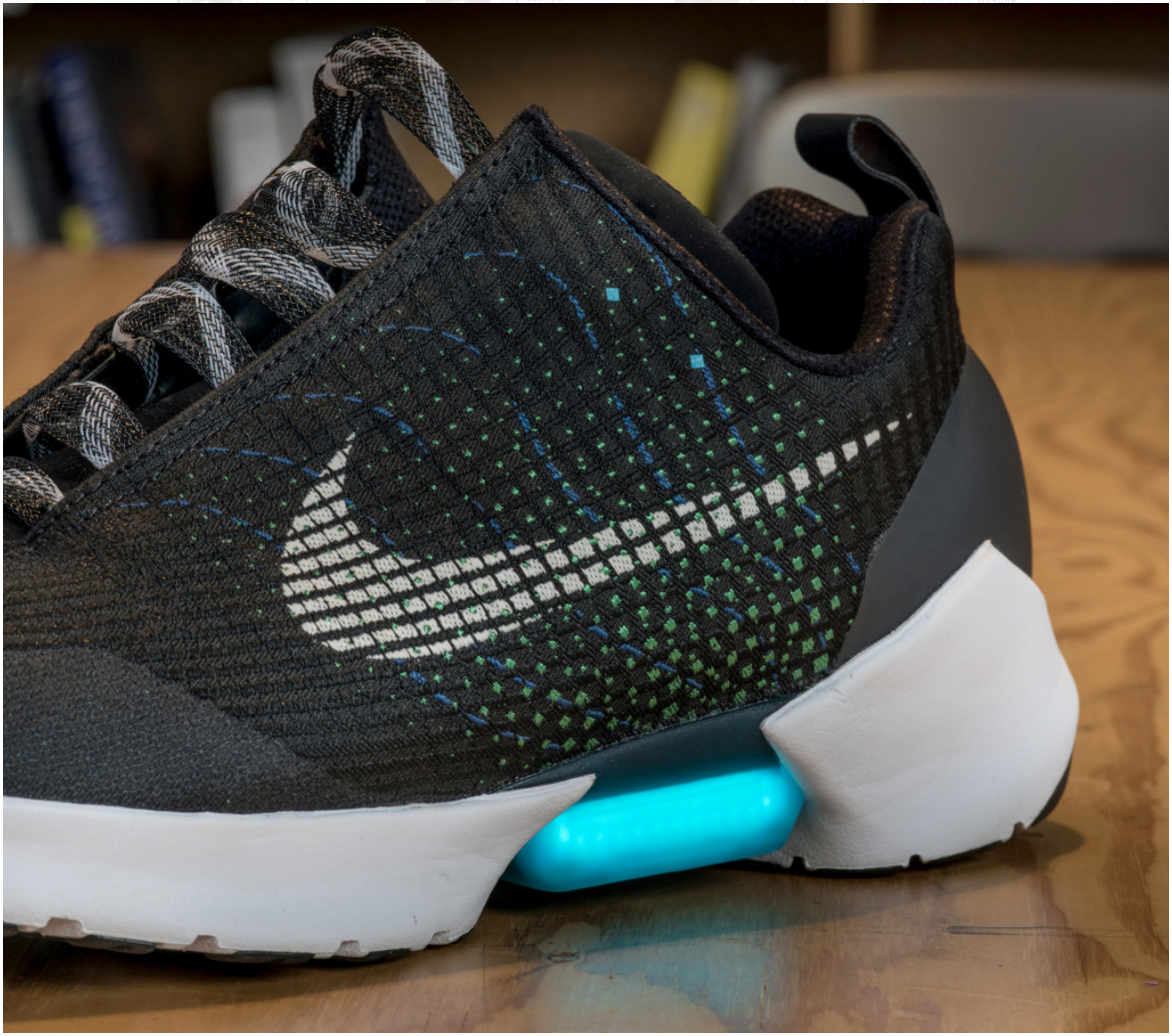 via NY Times, The Mad Scientist Behind Nike’s ‘Back to the Future’ Sneaker\

The only things missing were a white lab coat and an electrified hairdo as Tiffany Beers, 37, showed off an assortment of boots and shoes adorned with dangling wires and MacGyvered circuit boards.

Ms. Beers, an engineer by training and a senior innovator by title at Nike, works in the company’s vaunted Innovation Kitchen, so named because Bill Bowerman, a founder of Nike, used a waffle iron in a kitchen to create the “waffle sole,” a game changer for sneakers. But her office is littered with prototypes and drawings of projects believed so important to the future of Nike that journalists who decline to sign nondisclosure agreements, including this one, are barred entry.

So she had agreed to meet in the Blue Ribbon Studio, an arts-and-crafts space here on the Nike campus, outside of Portland, Ore. “The motor fit, it pulls everything at once, which is very different from how laces work, which pull everything incrementally,” Ms. Beers said, describing a shoe she referred to during its development process as the McFly, after Marty McFly, the character played by Michael J. Fox in the 1985 film “Back to the Future” and its sequels.

Comments Off on The (Mad) Science of Sneaker Sensors | #WearableWednesday