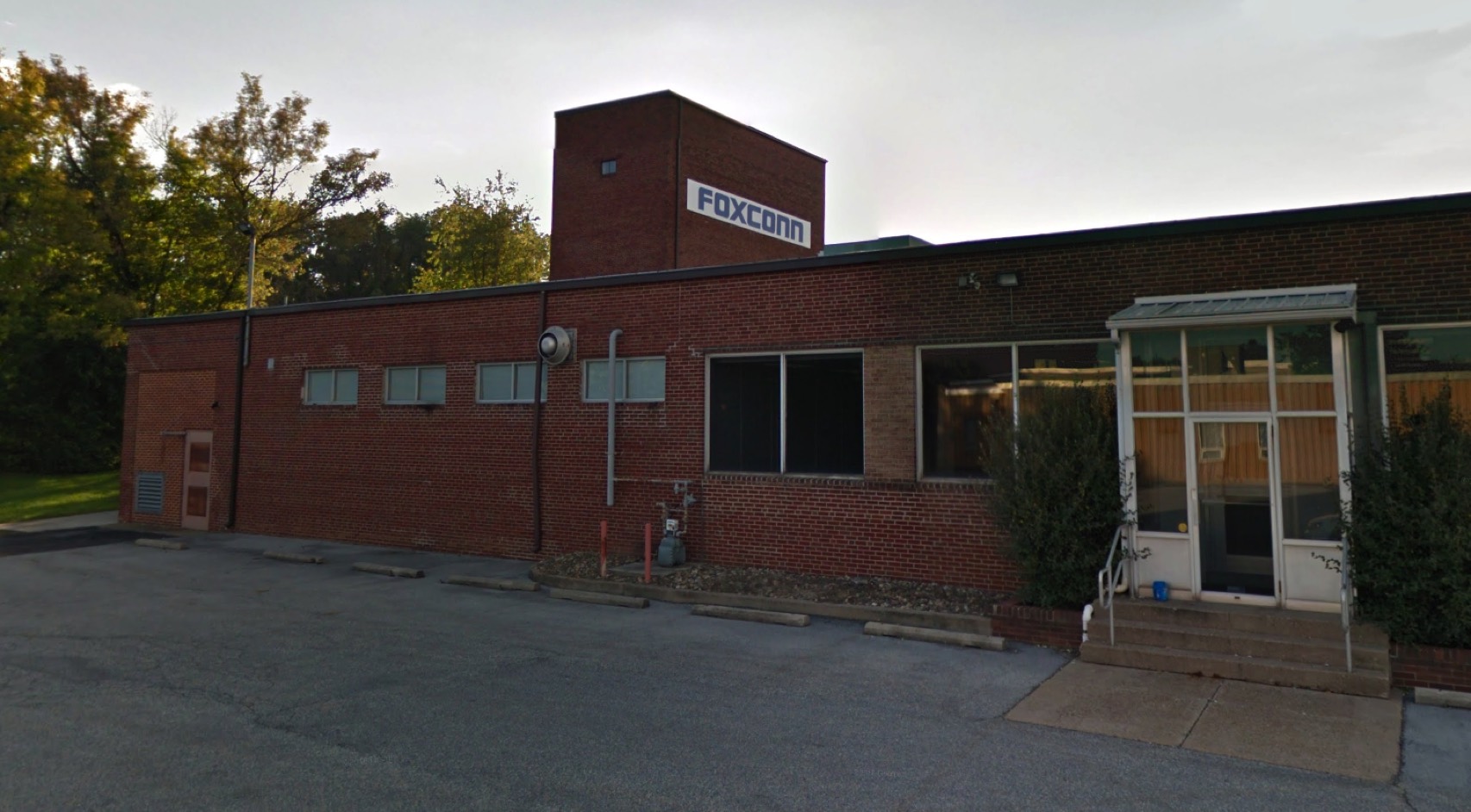 Big news for manufacturing in the USA, maybe.

Foxconn, the Taiwanese electronics supplier for Apple and other tech giants, said Wednesday it would open its first major American factory in Wisconsin… NYTimes 7/26/2017.

OK! so this going to happen? Didn’t Foxconn announce a $30 million factory in Harrisburg, Pennsylvania 2013 and hire 500 workers? From the Washington Post:

In 2014, as the Pennsylvania deal was quietly dying, Gou teased the opening of a LCD display factory in the states. His company talked with officials in Colorado and Arizona. Nothing happened.

That same year, the company signed a letter of intent to invest up to $1 billion in Indonesia. That investment still has not occurred.

Similar results were seen in Vietnam, where Foxconn committed to a $5 billion investment in 2007, and in Brazil, where Foxconn spoke of a $10 billion plan in 2011. 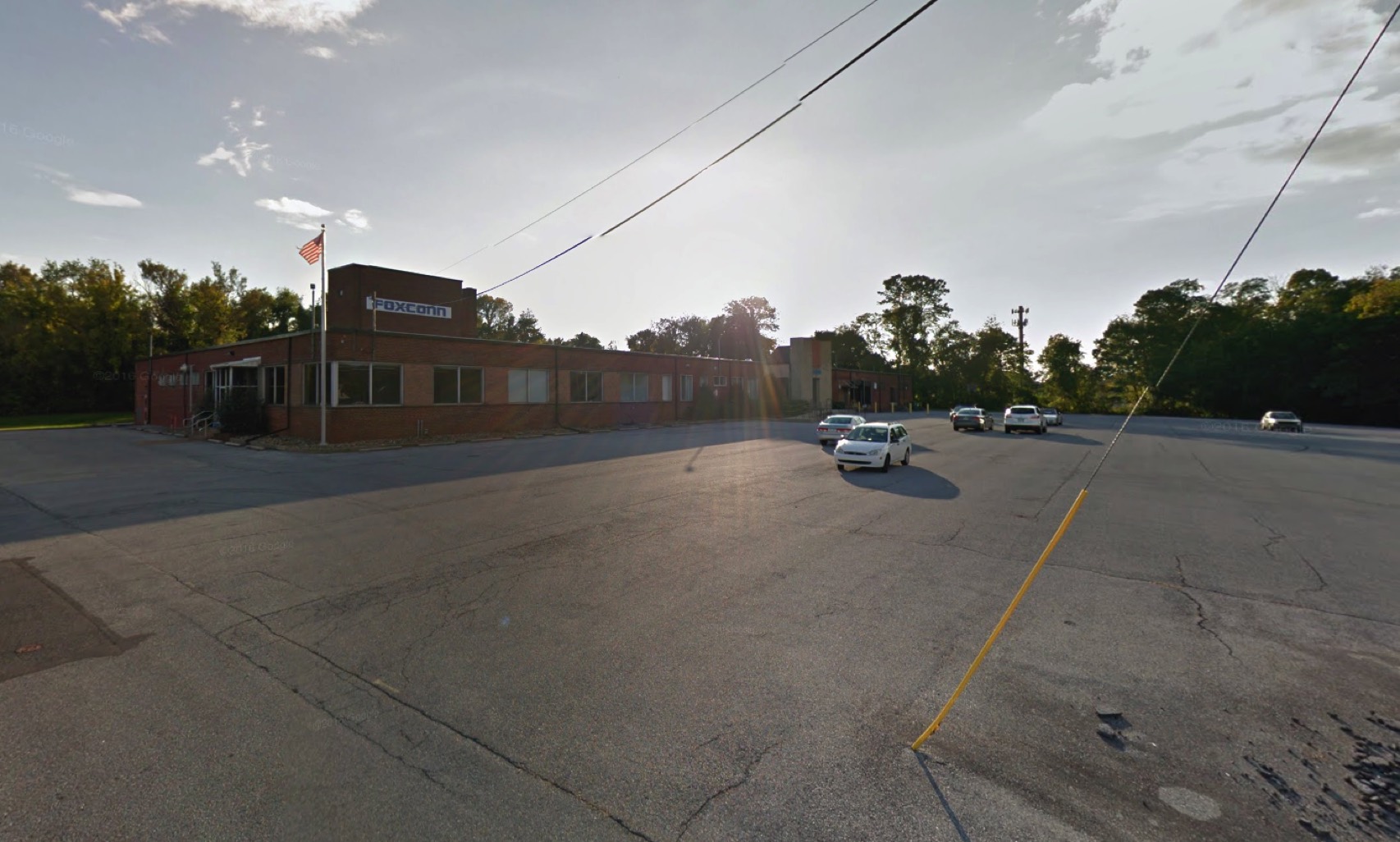 For years, Foxconn has maintained an office with about 50 workers in Harrisburg, a hub of the computer connector industry. The office is in an old brick warehouse. On a recent visit, the building was filled by a half-empty warren of cubicles. A worker declined to comment to a reporter with The Washington Post. According to local government officials, Foxconn has not done any permitted alterations to the building in 15 years.

For jobs at that location according to Monster.com “Foxconn Jobs in Harrisburg. Currently, there are no Foxconn jobs available in Harrisburg, Pennsylvania.” 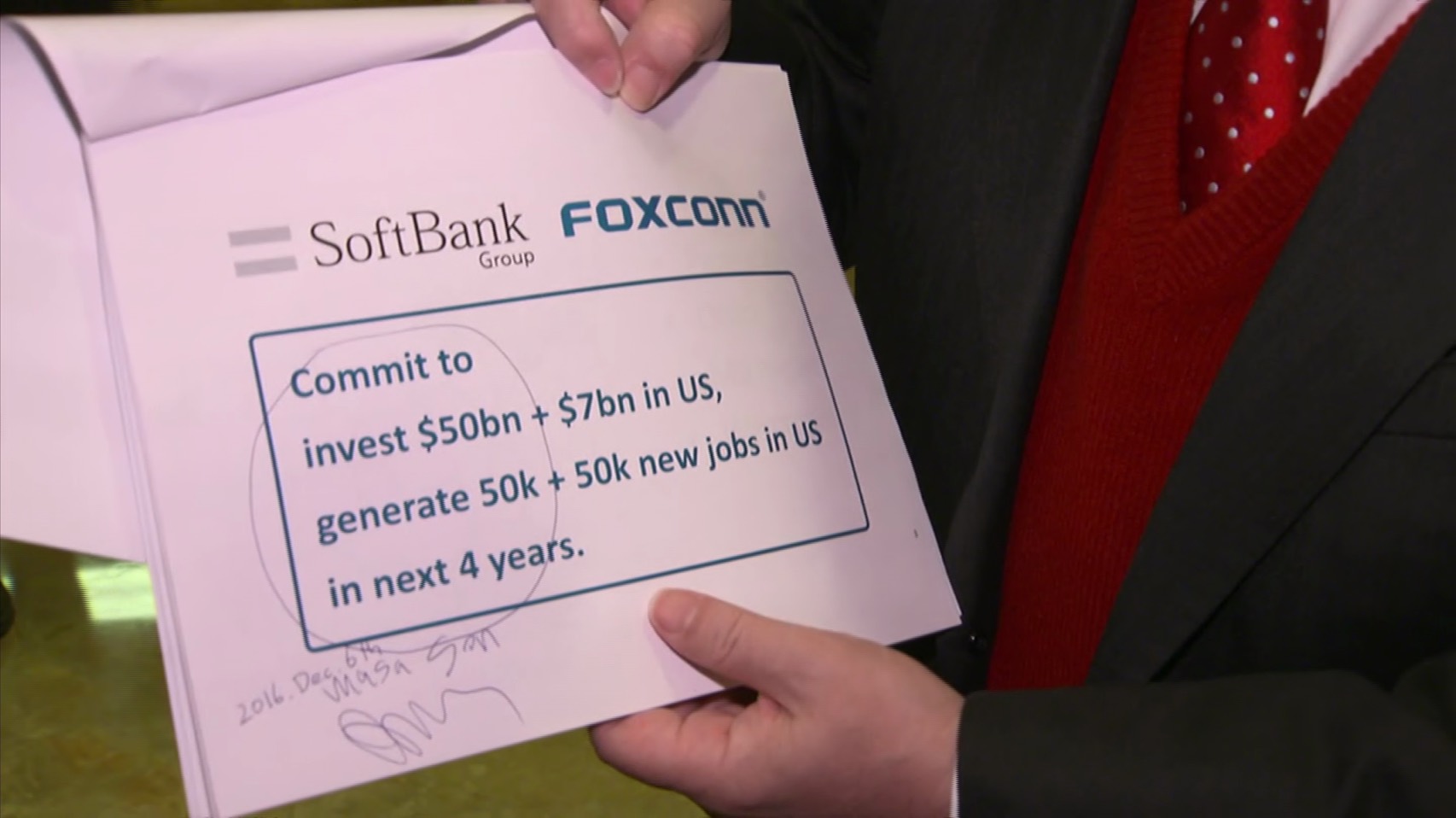 What’s going on? Well, “‘It is not a promise. It is a wish’ – Foxconn’s chief executive officer, Terry Gou. That’s from the previous, other promise of $7B factory somewhere in the USA and 30,000 to 50,000 workers. However, that promise (wish) was tied to financing from Saudi Arabian sovereign wealth from Softbank, from their chairman Masayoshi Son who is also chairman of Sprint, and who also promised $50b in investments in USA startups. Softbank also owns ARM holdings, chip maker.

In other news Amazon is hiring 50,000 people and Jeff Bezos is the richest person in the world ($90.6b). In 2016 Tesla motors, USA, made $7b in revenue. Tesla is also bulding the Gigafactory in Nevada, that’s happening now, $5 billion plant will employ 6,500 people. Related, there is also SpaceX which in 2015 stated they have “60 missions on manifest representing over $7B under contract” and more.

Revisiting this post in a year to see what has happened (or not).

Comments Off on History of Foxconn promises … #foxconn #makerbusiness