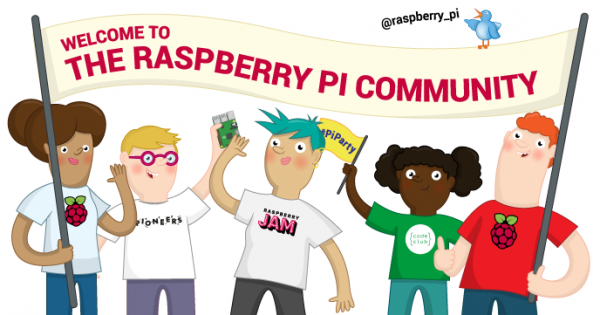 This page is an attempt to list lots of the people who make the Raspberry Pi Community one of the greatest resources available when you’re trying to get started, or when you’re trying to expand your knowledge. They are presented in alphabetical order to avoid upsetting anybody. If I’ve missed anyone (even if it’s you!), please, please, please get in touch with me – I’d rather be told! The same goes for if you don’t want to be on this list!

Please note: this list doesn’t include any of the wonderful folks over at Raspberry Pi! If you want them specifically, take a look at the Team page. I’ve tended to skip people if they aren’t using their actual name on Twitter. Again, if you want to be listed, please let me know! No offence intended!

I’m bound to have missed somebody! Let me know if I have. This is by no means everybody!

Where would we be without the companies that produce such excellent Pi-related gear? This isn’t everybody!