This is my final year project at the Royal College of Art and Imperial College London. There is a hindi saying: ‘Drop by drop, fills an ocean’. Human beings have taken water for granted since ages. Ancient civilizations have prospered and perished owing to overuse and exploitation of water. I believe that history can repeat itself if we do not take the right measures. This project looks at our relationship with water, provokes and asks for new value systems to be set up before it is too late. My first piece of inspiration comes from my Diploma Film that I made in 2010 at the National Institute of Design, Ahmedabad. The film talks about the lives and struggles of the people of the forests of Central India in the light of water and beliefs around it. Second inspiration comes from the theory of the Biotic Pump which I will talk about further on this page.

One of the outcomes of this project is a water filtration system. The proof of concept can filter a glass of water in 12 hours. The system itself doesn’t need much maintenance and can turn into a self sustained biosphere when the user is unavailable.

I am inspired by the myths associated with water, the politics behind it and most importantly the science behind it. One concept that fascinated me the most is the Biotic Pump theory by two researchers named Anastassia Makarieva and Victor Gorshkov from the Petersburg Nuclear Physics Institute in Russia. This theory talks about how trees in the forests such as the amazon transpire millions of gallons of water into the atmosphere thereby creating a partial vacuum and bringing rain to this part of the world. In my opinion, transpiration is a miracle that can be harnessed effectively. Another inspiration is the practice of phytoremediation which is used to take contaminants out of the soil using plants.There are several other sources of inspiration such as ‘Flow of power: Ancient Water Systems and Landscapes’, written by Vernon Scarborough, Water by Steven Solomon and many journals and research papers.

HOW DOES IT WORK?

The proof of concept is indeed a mini version of the amazon. It is a biosphere wherein the four key factors necessary for efficient transpiration namely heat, wind, light and humidity are maintained at an optimum level. The moisture laden air is strategically pulled out of the system and condensed to form pure distilled water. My early experiments involved simple potometers through which I could study the effect of temperature and light on the amount of transpiration. 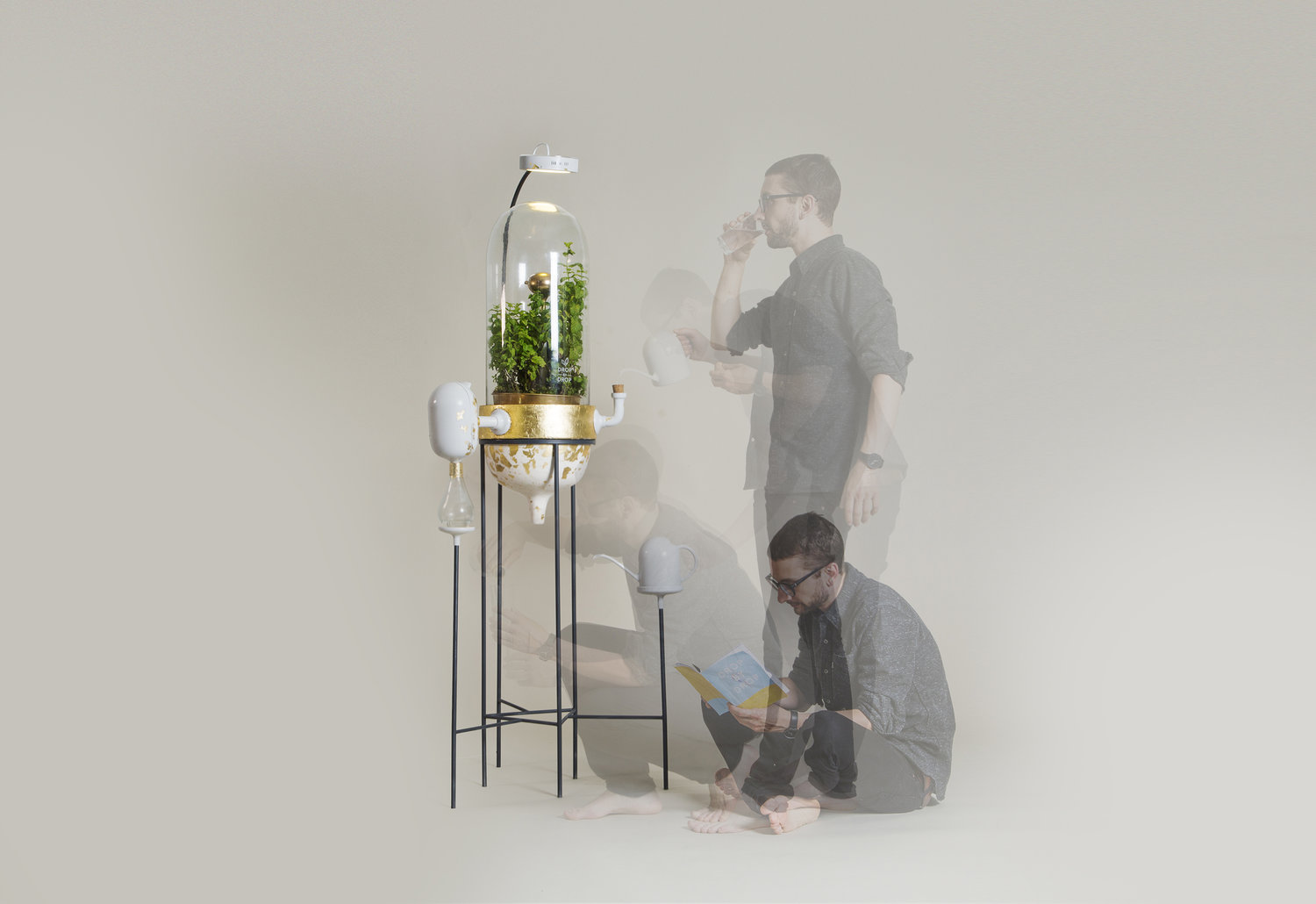 Comments Off on Drop by Drop : Plant Based Water Filtration System