This bot not only has beautiful locomotion, but it is also a great water monitoring device. According to TechCrunch it was created by a team at l’École Polytechnique Fédérale de Lausanne, Switzerland. Apparently this is the same school that created croco creatures for the BBC nature series Spy in the Wild. Envirobot, as it is called, has the advantage of moving like an eel with little wake, so it does not further disperse the pollutants it is trying to study. Another advantage of the bot is that it is modular, so researchers can configure the sensor segments as needed. 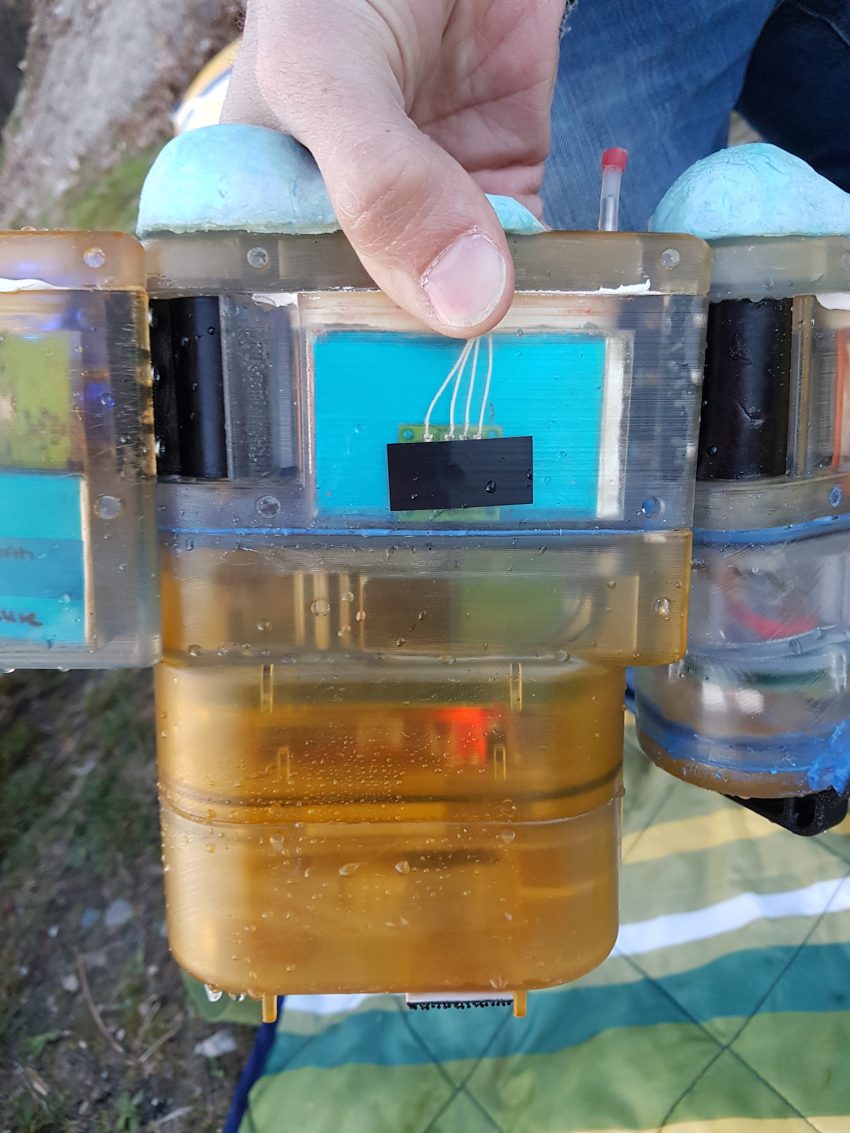 Electric sensors can track the salinity of the water, and chemical ones obviously can test for acidity or certain elements. The biological sensors are different, though: they’re filled with living organisms or tissues—fish cells, microfauna, etc.—which react in predictable ways to, say, the presence of insecticides or other toxins.

I was especially interested in the biological sensors and some more sleuthing revealed the school’s press release containing details of the experiments.

“For example, we developed bacteria that generate light when exposed to very low concentrations of mercury. We can detect those changes using luminometers and then transmit the data in the form of electrical signals,” says Jan Roelof van der Meer, Project Coordinator and Head of the Department of Fundamental Microbiology at the University of Lausanne.

The beauty of this robot is that it can map information while collecting it in real time. So it will eventually be helpful in analyzing environmental disasters. Remote monitoring is definitely the way to go with toxins and I suspect we will be seeing more of this use of robotics in our future.