The First Photographs of a Solar Eclipse #ArtTuesday 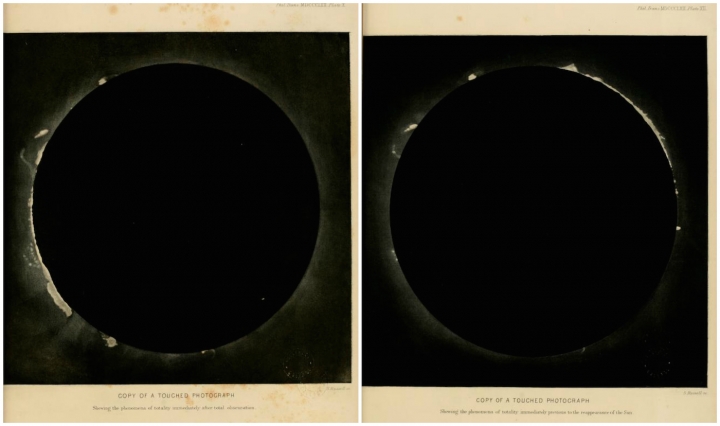 On this August 21, a total solar eclipse will be viewable across North America, a rare occurrence that will likely be greeted by a wave of iPhones and digital cameras raised to the sky. Although photographing an eclipse relies a bit on luck, timing, and preparation, our ability to document the celestial event is more accessible than ever. In the 19th century, it took years of experimentation with the newly invented photographic medium to successfully capture a fleeting eclipse. 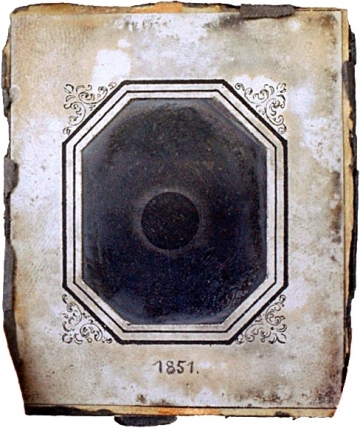 Attempts at solar eclipse photography are recorded going back to 1842, including Gian Alessandro Majocchi’s photograph of a partial eclipse taken on July 8 in Milan (an image which has not survived). Stefan Hughes, author of Catchers of the Lighton the history of astrophotography, writes on his blog that Majocchi’s daguerreotypes only caught the before and after of the totality (or total obscuring of the sun), with the ultimate eclipse just a big blank. It wasn’t until the eclipse of July 28, 1851 that the moment of eclipse was successfully photographed. At the Royal Prussian Observatory in Königsberg (today’s Kaliningrad in Russia), a daguerreotypist named Johann Julius Friedrich Berkowski carefully exposed a plate through a small refracting telescope attached to a heliometer. The daguerreotype revealed the moon perfectly positioned over the sun, exposing the solar corona for the first time in photography, hovering like a halo around the darkness.

Comments Off on The First Photographs of a Solar Eclipse #ArtTuesday