Arduino: “Federico Musto will pursue other opportunities outside Arduino” #FreeArduino 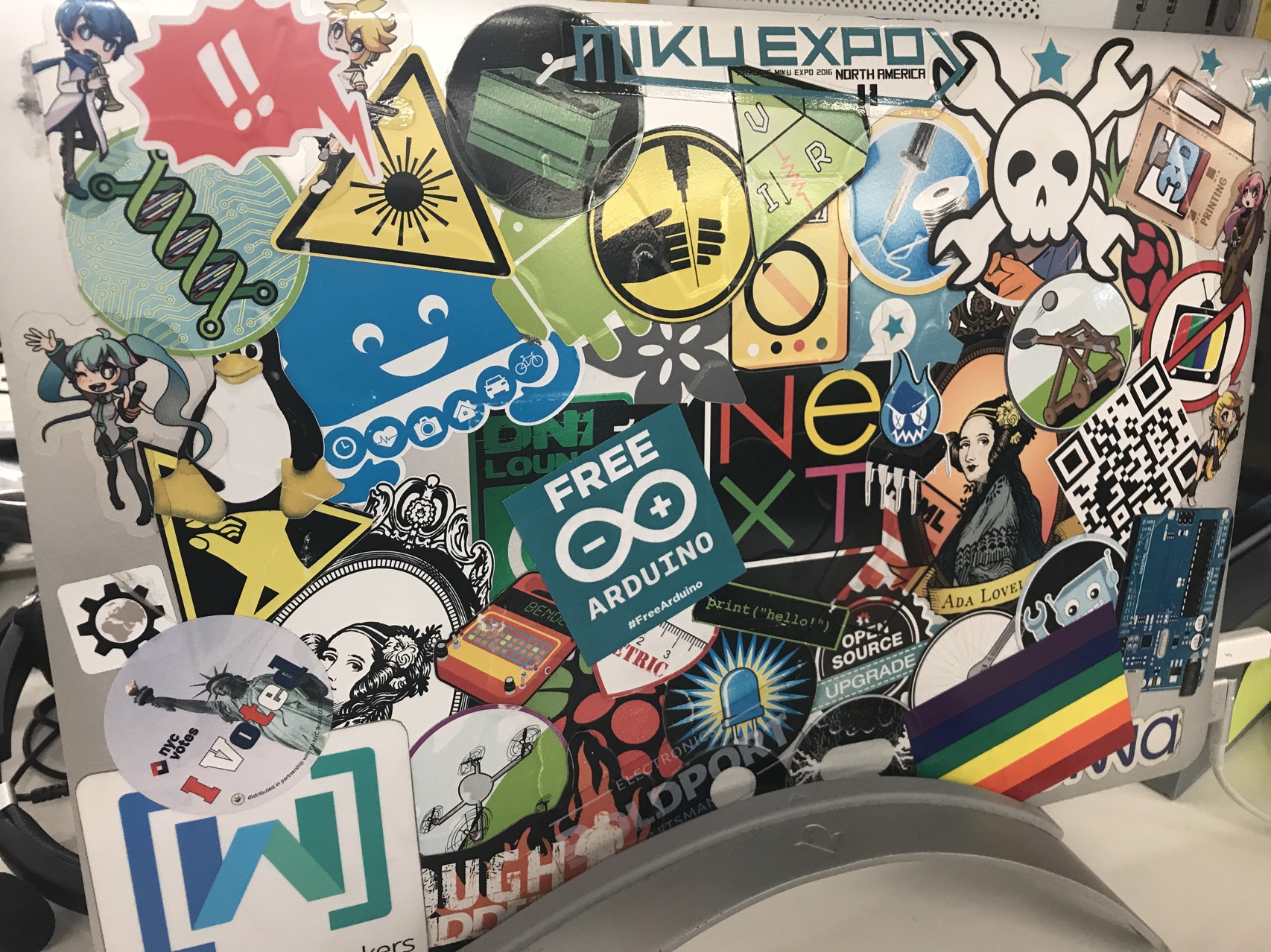 For the last 3 years, something terrible was happening to Arduino – from fake Ph.Ds to Doghunters, and multiple companies spanning across the globe from Switzerland to Boston.

It may be over now. 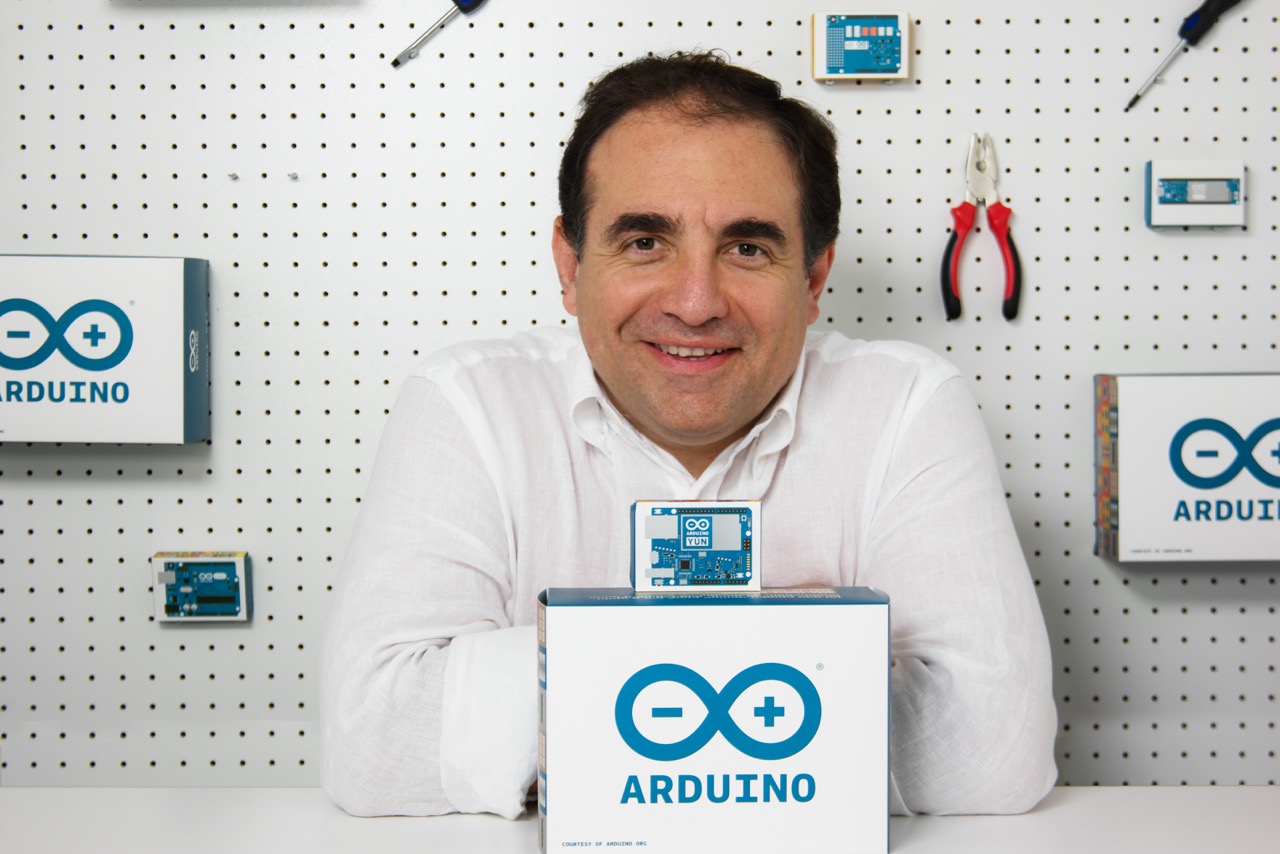 BCMI, the company founded by Massimo Banzi, David Cuartielles, David Mellis and Tom Igoe, co-founders of Arduino, announces that today it has acquired 100% ownership of Arduino AG, the corporation which owns all of the Arduino trademarks.

Following the acquisition, Mr. Massimo Banzi becomes the new Chairman and CTO of Arduino. Dr. Fabio Violante will be appointed as the new CEO, replacing Mr. Federico Musto who will pursue other opportunities outside Arduino AG.

The only time Federico Musto “Ph.D” visited Adafruit was 3 years ago, we were asked to meet him by the Arduino.cc team as they started to work with him, we were disturbed by many of his statements. Our email exchange post-meeting is here (he did not reply, we did not meet again besides Maker Faire New York 1 year later and told him to stop damaging Arduino):

On Jul 11, 2014, at 1:06 PM, Federico Musto wrote:
Hi I would like to say thank you for your warm hospitality yesterday – it was a great pleasure to meet you, – >>I was wondering if we can setup a new meeting in NYC at your earliest convenience to discuss our Linino products ( ONE, dog Dragon ext ) and Linino.IO SW and use your Ada store to full fill the educational starter kit we are going to produce

One again thank you – Looking forward to meeting you soon again

Business cards Musto handed us during his only visit: 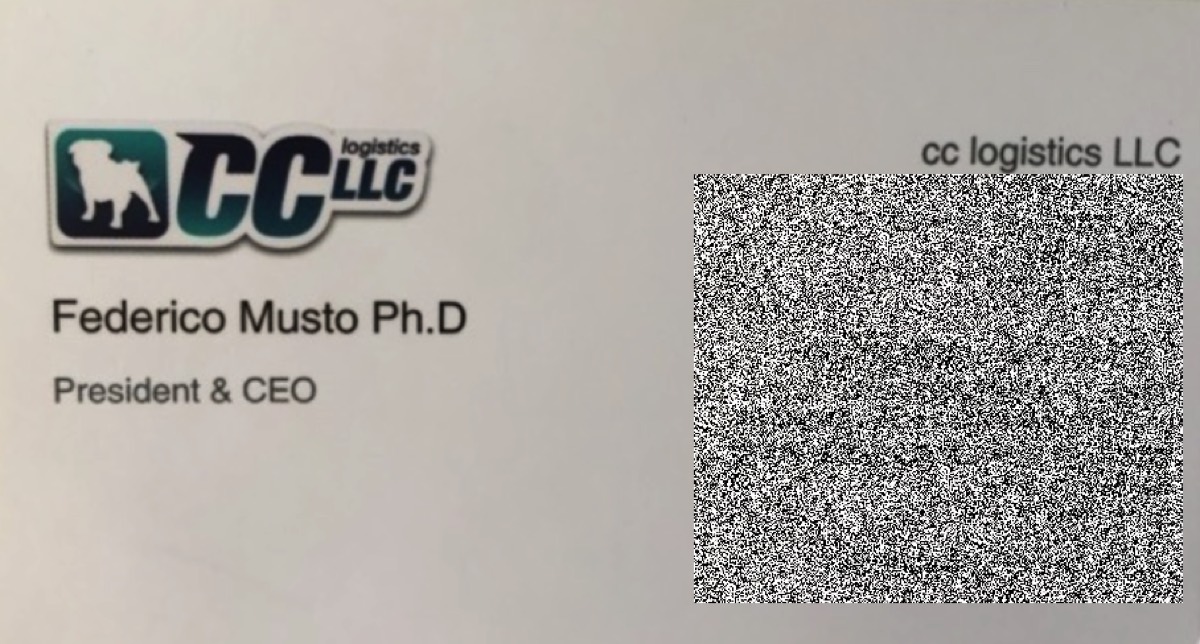 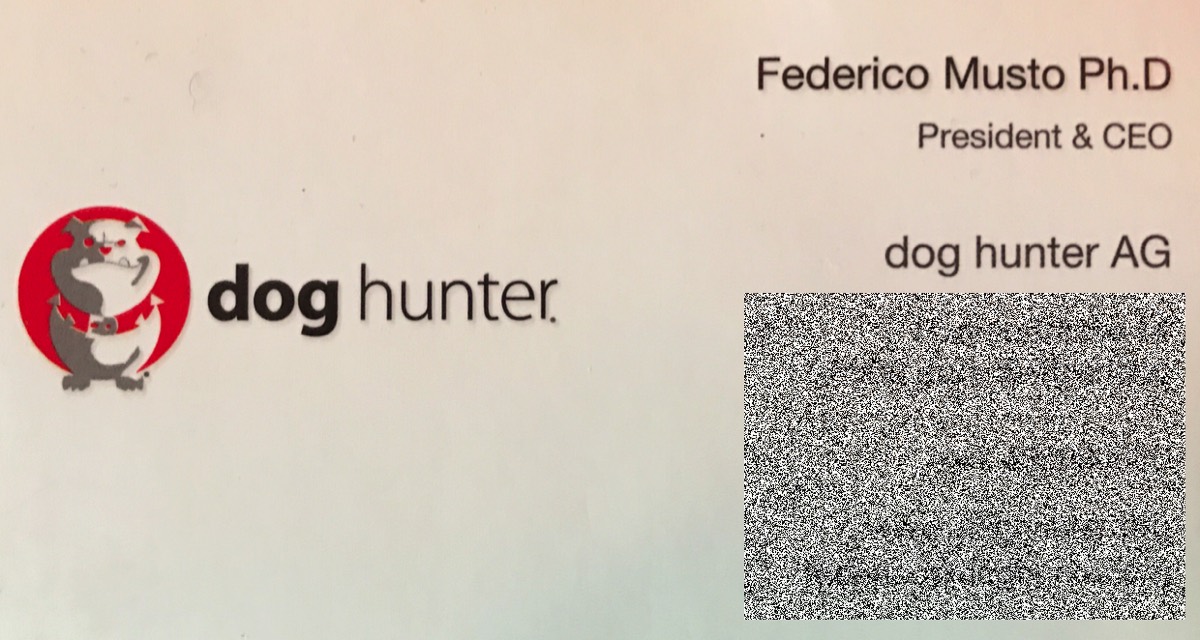 He had been making false claims regarding a Ph.D from MIT, a Masters from NYU, amongst other claims, for over 10 years (Red Hat press release 2002) & (OSCON / UBUNTU LIVE 2007). 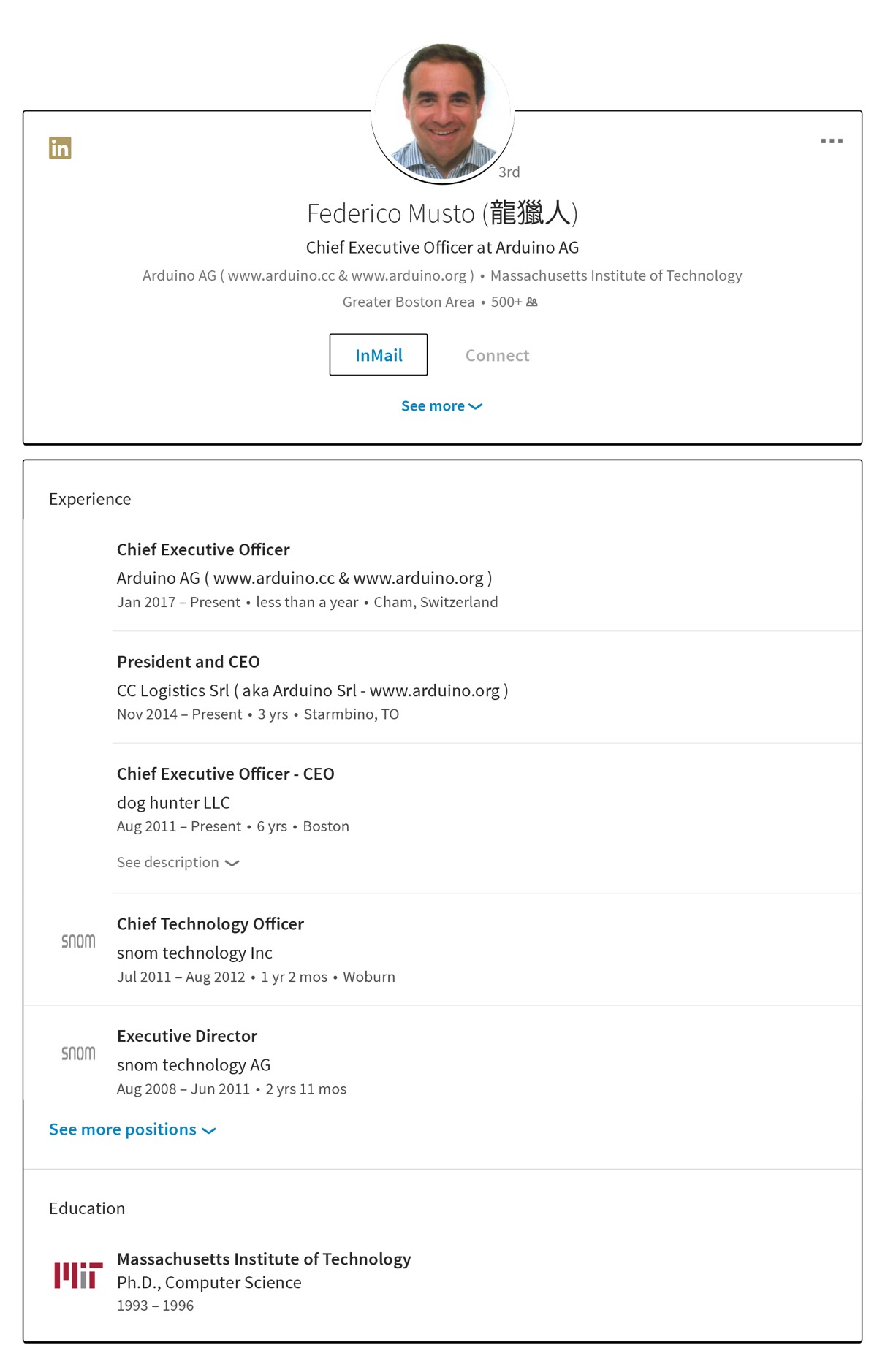 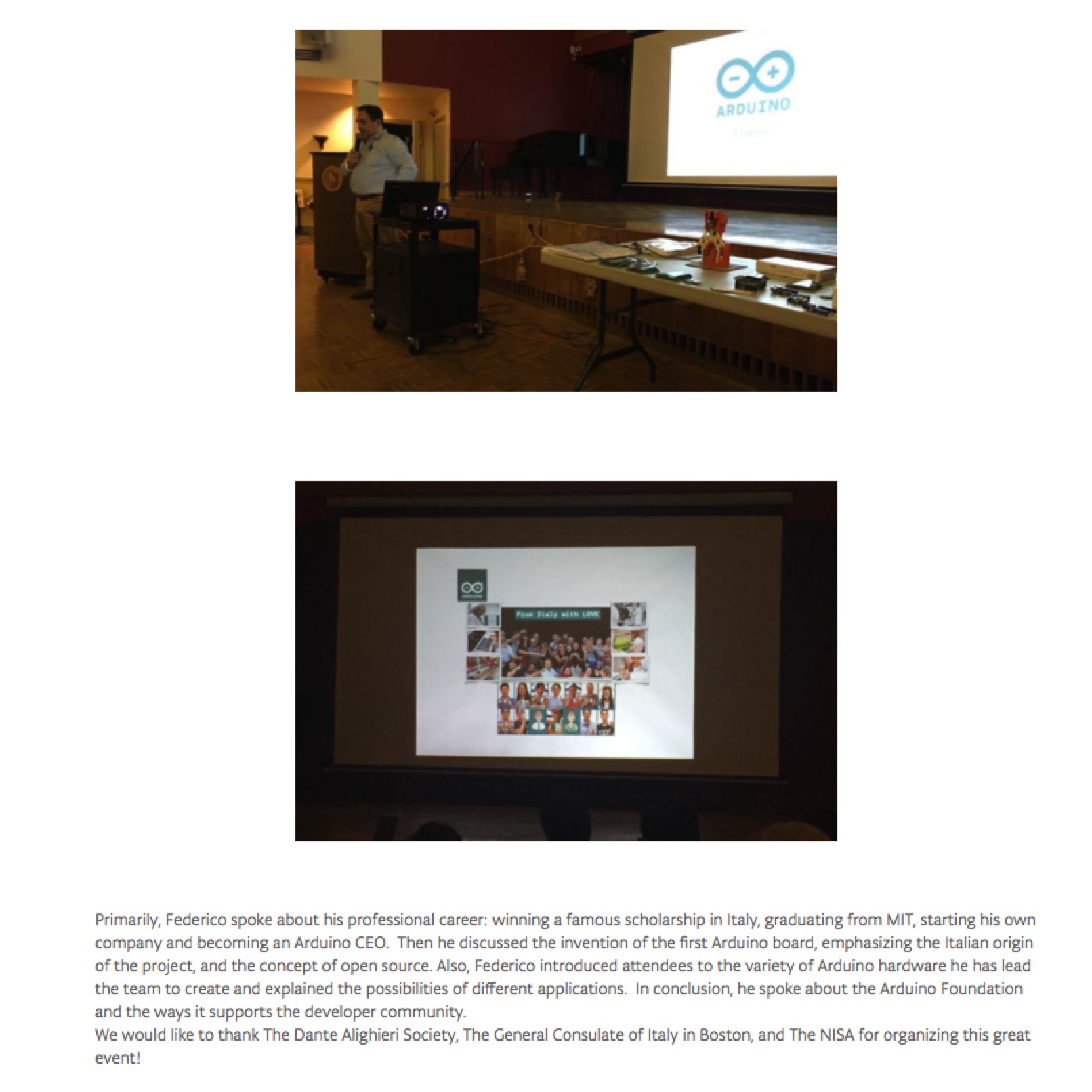 WIRED Magazine, Techcrunch, and additional independent sources, including MIT & NYU verified these were all fraudulent claims and it appears were used to gain ownership, funds, and resources for Federico Musto “Ph.D”. 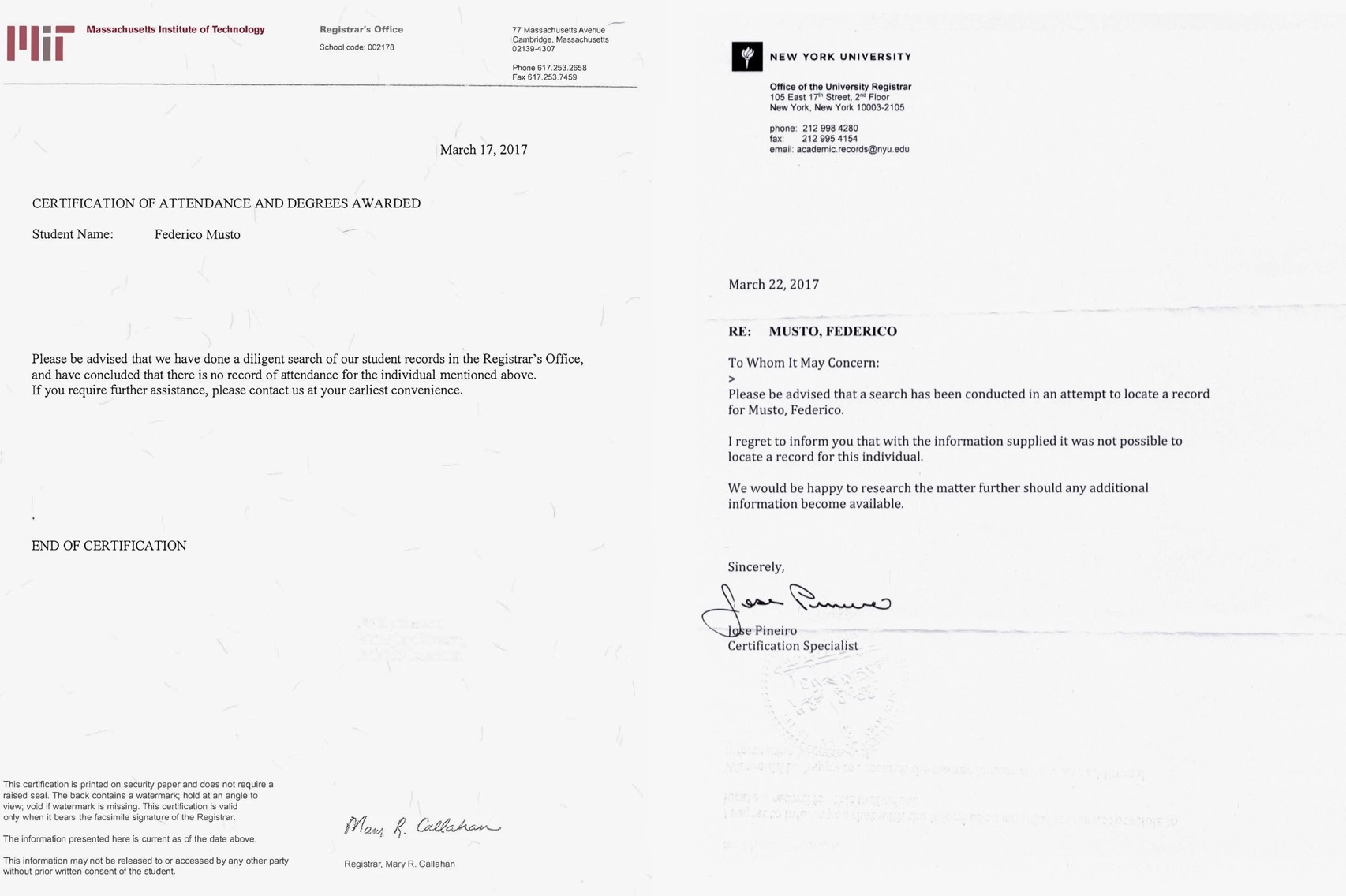 He used these false credentials for Italian government resources.

One of the public documents as evidence used in the grift that possibly “stole” Arduino, which may have helped the eventual return of Arduino to founders – (PDF).

MUSTO Federico, … as administrator and legal representative of the Swiss company called “DOG HUNTER AG”, headquartered in Zug (Switzerland), Baarerstrasse 14, domicilia for the office, registered in the Register of Commerce Of the canton of Zug – identification number CHE – 32,448,973, operating in the computer sector; Capital: 64%, or 6400.00 €.

According to multiple sources close to the matter, lying on public documents regarding a Ph.D is a crime and is being pursued and investigated. “Art. 483 Penal Code: Ideological fraud committed by a private public document”

After being alerted, a representative from the University of Messina stated that Federico’s status (Doghunter labs) has now been revoked.

“This is to inform you that the University of Messina revoked the “spin-off” status at DHLabs.”

Additional documents as part of the efforts to reduce corruption and increase transparency at the University of Messina are located here: 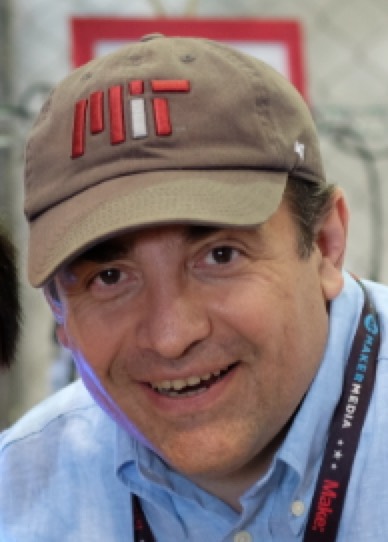 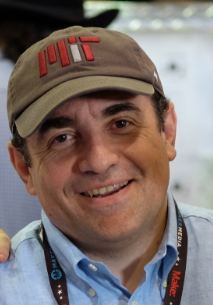 According to multiple sources one of the main reasons Federico Musto was allegedly chosen to work with, and be part of, Arduino – was because of the credentials he stated he had to the founders and partners, specifically (Ph.D in Computer Science from MIT and a Masters from NYU) which would bring Arduino to a more “professional level”. These later turned out to be fraudulent claims that unraveled many other issues for Arduino and the community. He signed documents as a Ph.D & Director “certifying” technical training for snom technologies AG (PDF). 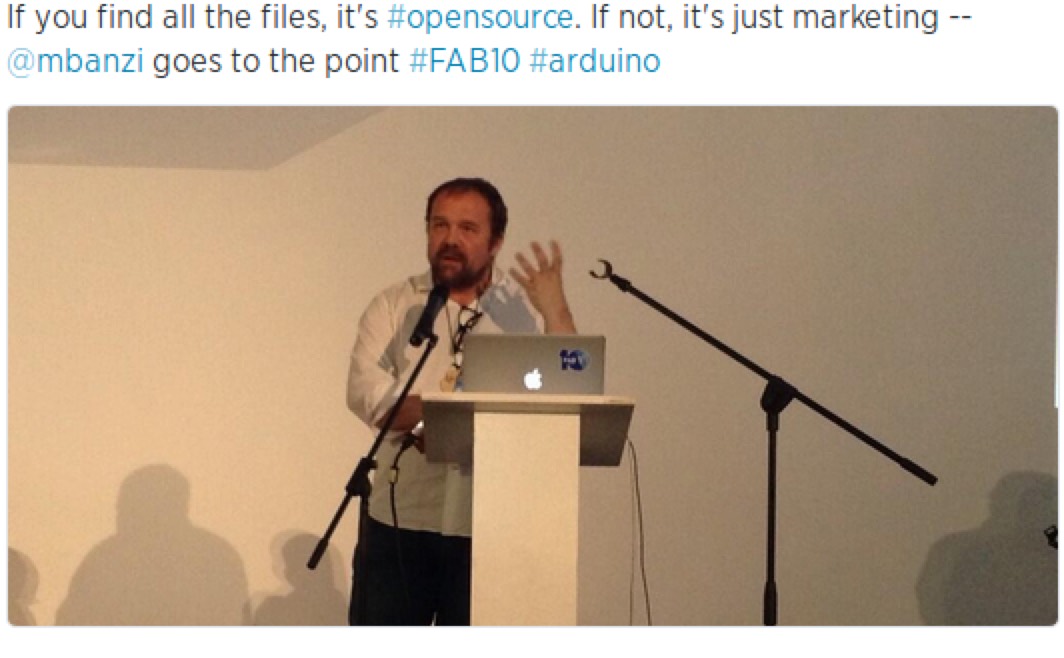 What happens with Arduino project? – OLIMEX. 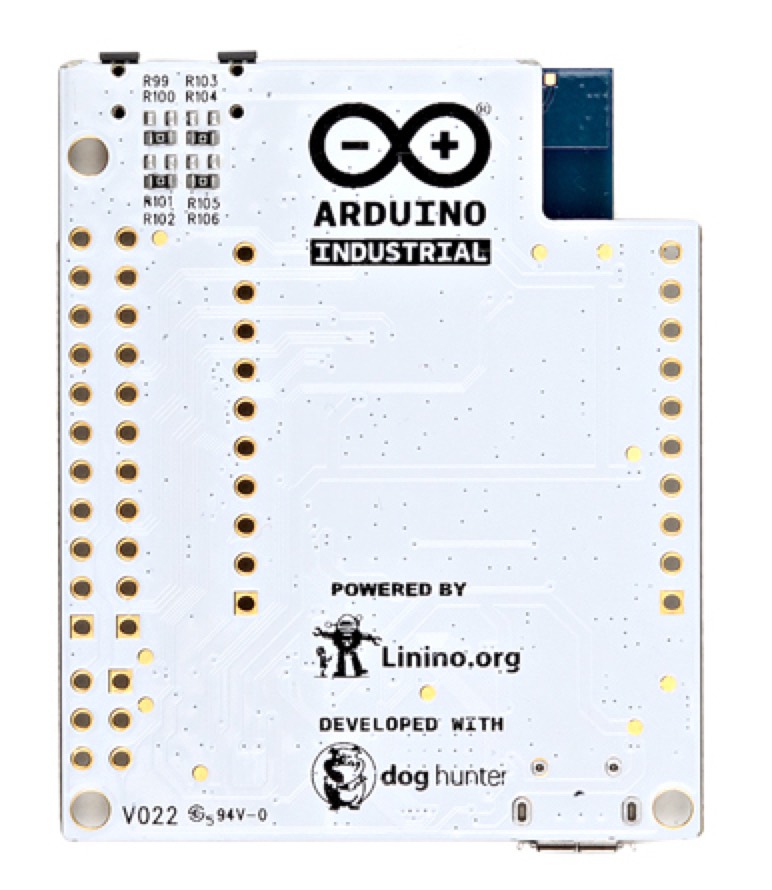 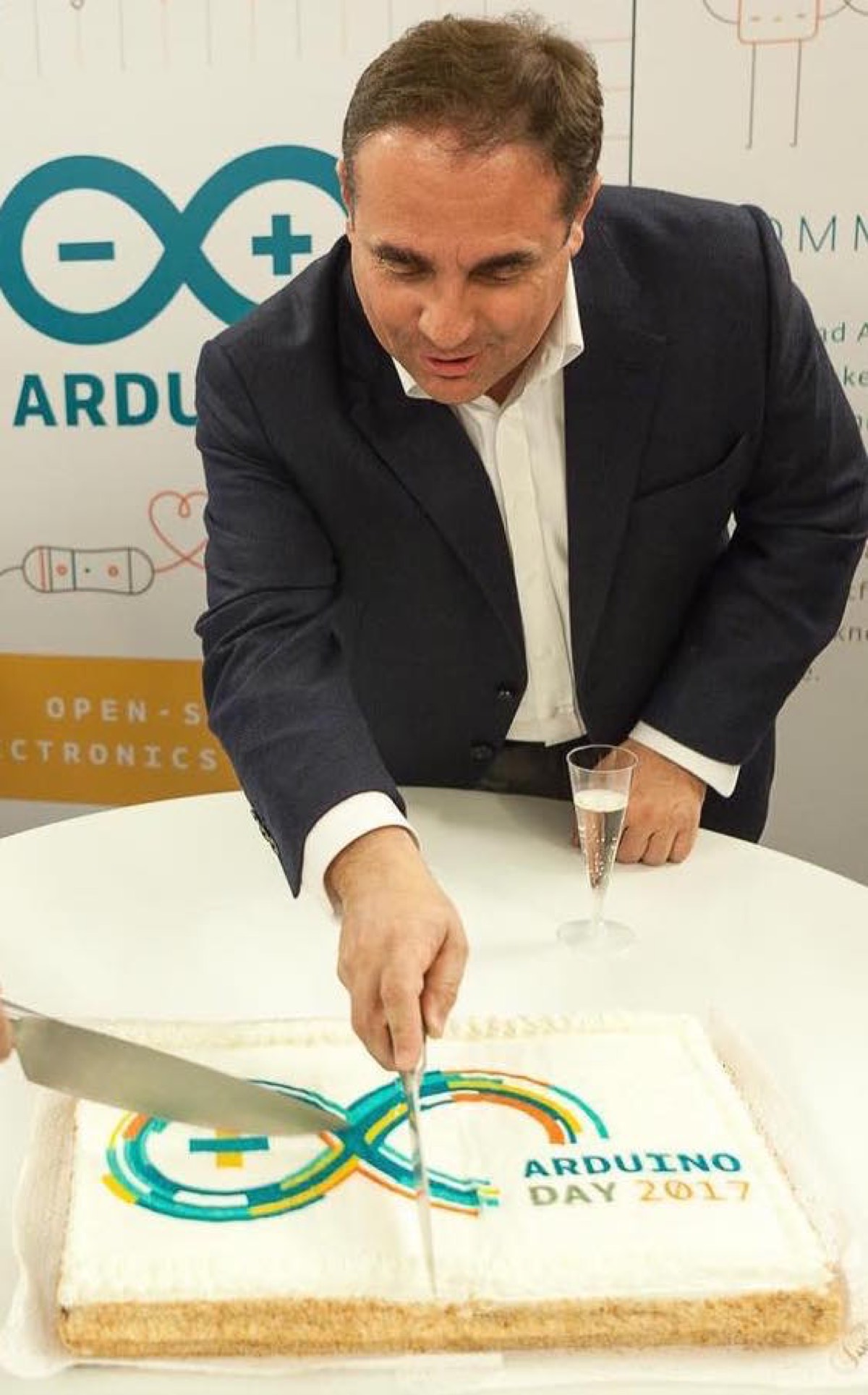 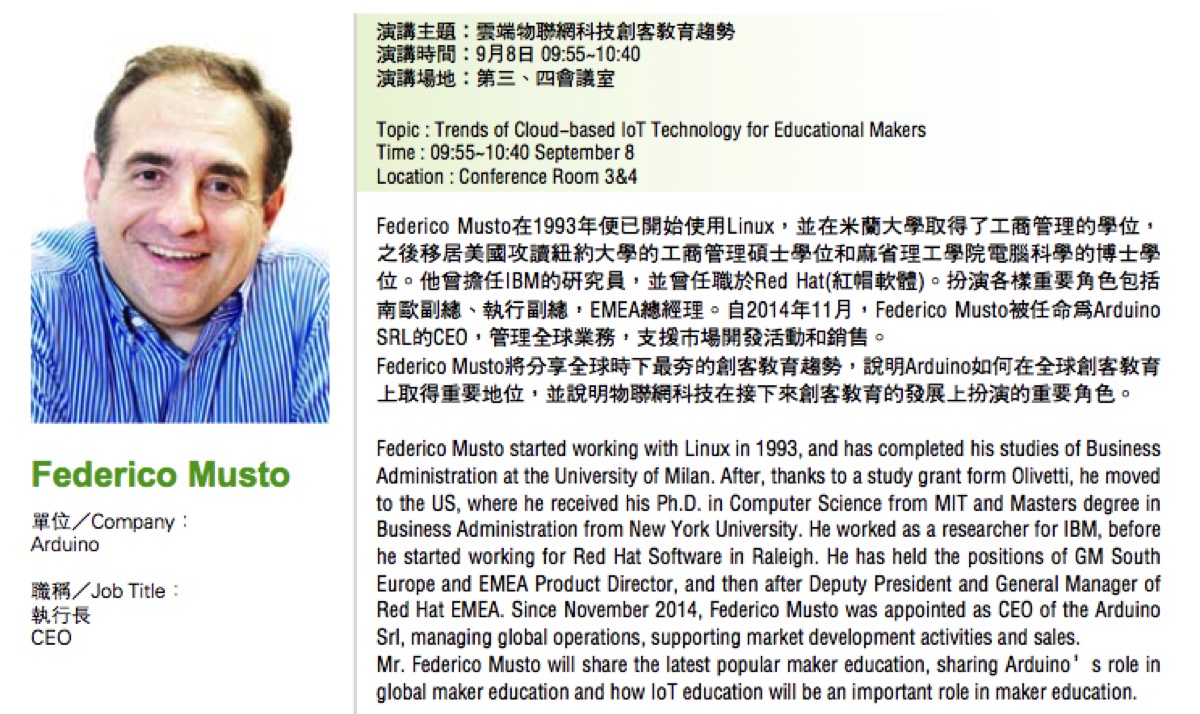 Additionally, we emailed the former CFO of Arduino.cc, Daniela Antonietti, who later became the CFO and co-owner of Arduino.org to ask why Musto was (at the time) the majority owner and CEO of Arduino.

“…I have no intention to neither prove nor disprove your smear campaign, or to participate into any conspiracy to cast Federico Musto in a negative light. Federico’s skillset is unquestionable in our mind. Your insinuation to the contrary deserves no answer from me.” – Daniela Antonietti – Arduino.org 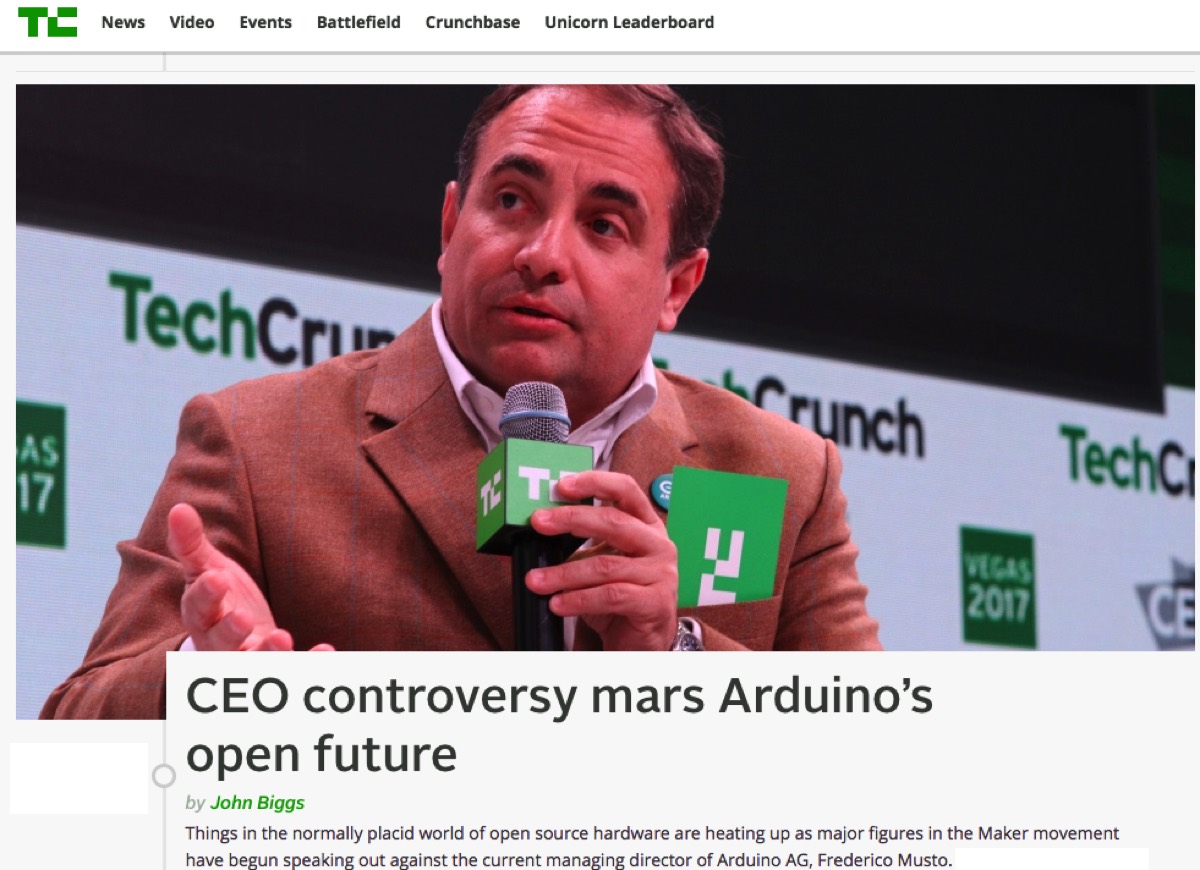 At this time it’s unclear if Daniela Antonietti will be part of the now back-with-the-founders of Arduino including Massimo Banzi which was announced on Friday, July 28th, 2017.

BCMI, the company founded by Massimo Banzi, David Cuartielles, David Mellis and Tom Igoe, co-founders of Arduino, announces that today it has acquired 100% ownership of Arduino AG, the corporation which owns all of the Arduino trademarks.

Following the acquisition, Mr. Massimo Banzi becomes the new Chairman and CTO of Arduino. Dr. Fabio Violante will be appointed as the new CEO, replacing Mr. Federico Musto who will pursue other opportunities outside Arduino AG.

Today’s Maker Pro Newsletter wraps it all up.

A New Beginning for Arduino

Arduino (@arduino) remains the gold standard for open source development boards, but the project has had a rough couple years. First there was the protracted split between its founding members, then a kerfuffle over its CEO’s academic credentials and a debate over the degree to which the organization was upholding its obligations to the open source community.

Those latest tensions came to a head this week when the company unexpectedly announced that a team of original co-founders, including Massimo Banzi (@mbanzi) and David Cartielles (@dcuartielles), have acquired 100 percent ownership and named Fabio Violante (@fviolante) as its new CEO. The story is still in flux, especially with regard to the planned Arduino Foundation, but it tentatively looks like a promising development for the open source hardware community.

“This is the beginning of a new era for Arduino,” Banzi said. 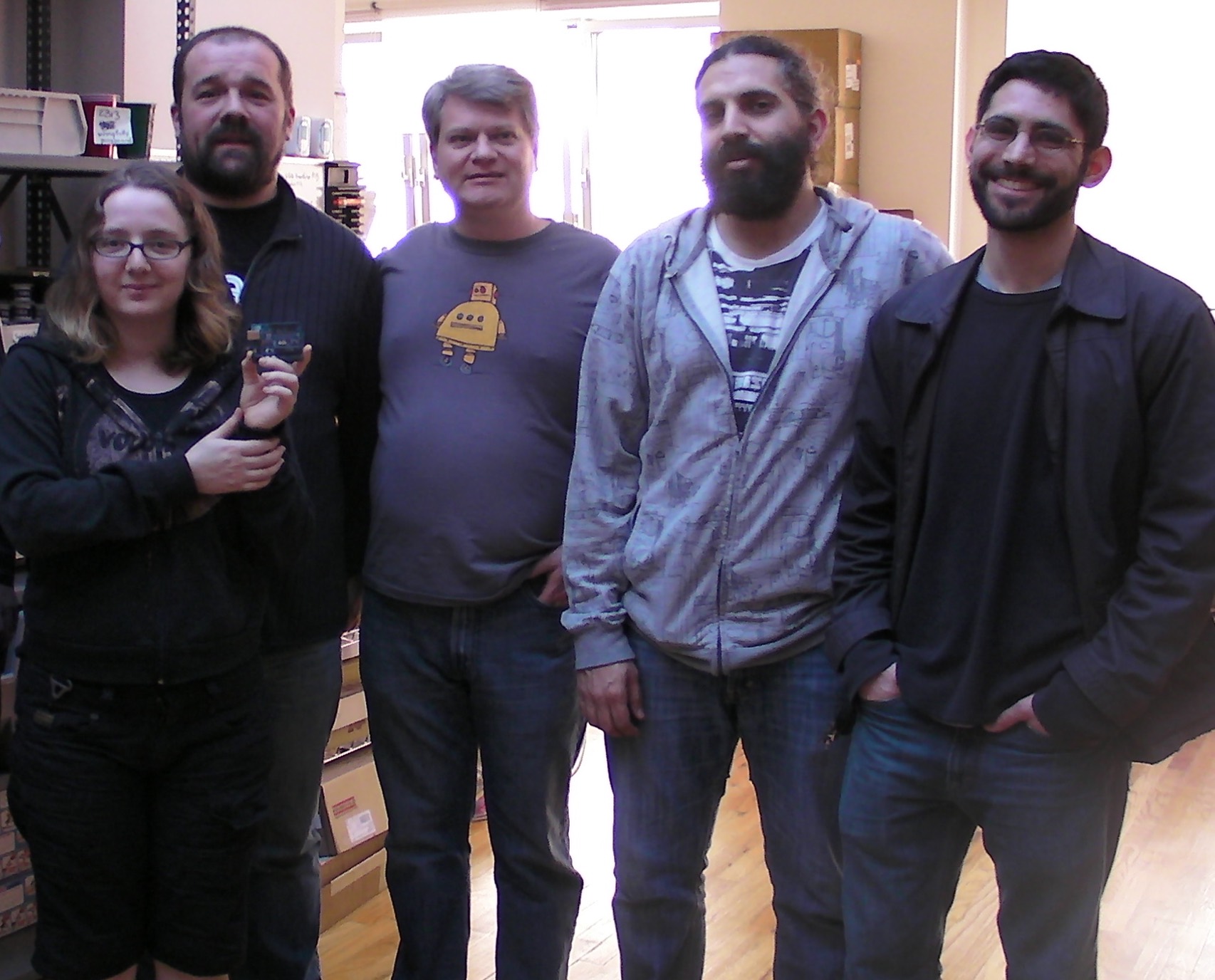 2010, Arduino founders and Ladyada at our apartment, when Adafruit was just an apartment. 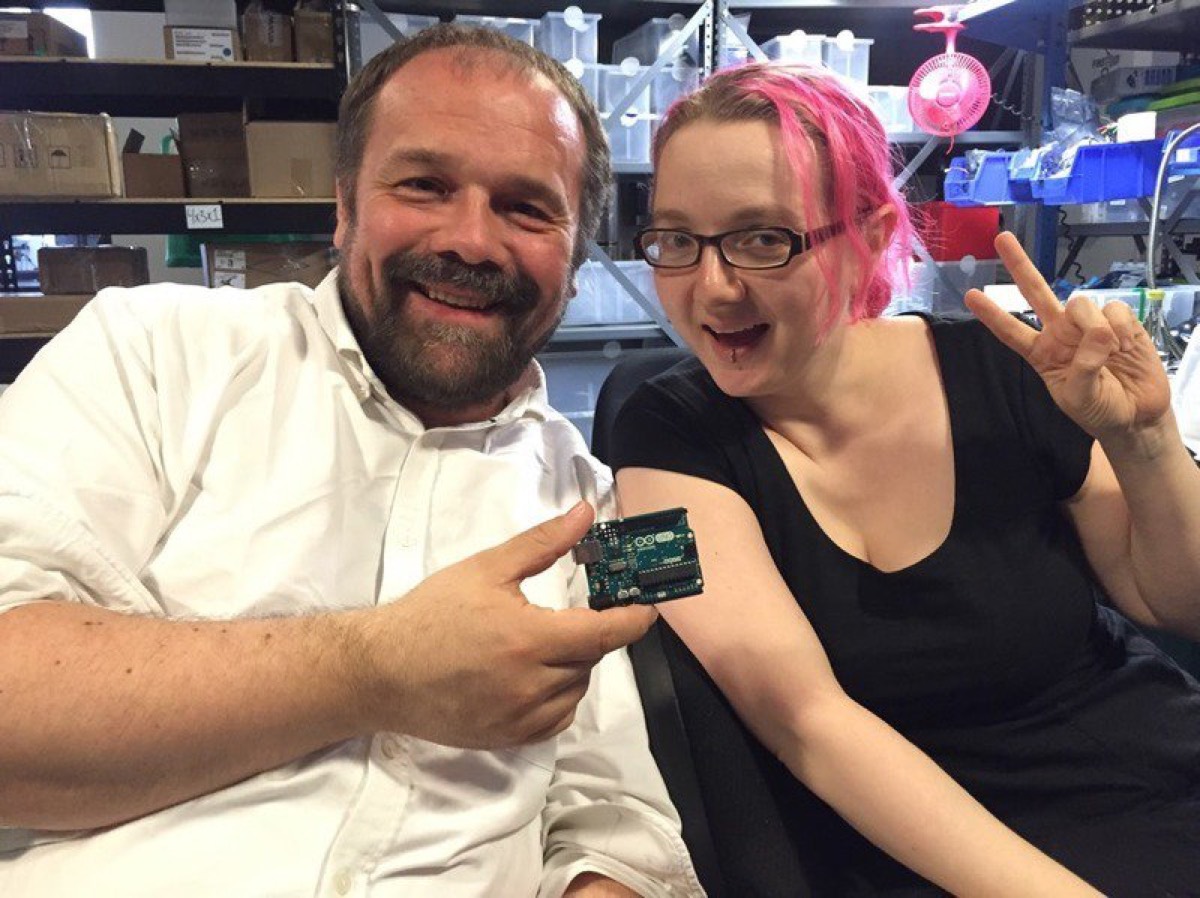 So what’s next? Arduino, please take good care of Arduino, you have it back, it’s all yours. What happens next is up to new leadership and team. We remain committed to an open and free Arduino for the community, developers, and customers.

We’ve been following this for months, our wrap up on ASK AN ENGINEER August 2, 2017 (time coded URL – video).

Update – AUGUST 6, 2017 AT 11:57 AM a comment on this post contains at least 55 domain names, still owned by Federico Musto “Ph.D” – the domain names contain the trademarked name “arduino” and there are 2 sets that may be used to confuse things later? “arduinum” and “arduinista.” he also owns “redhatmagazine.” 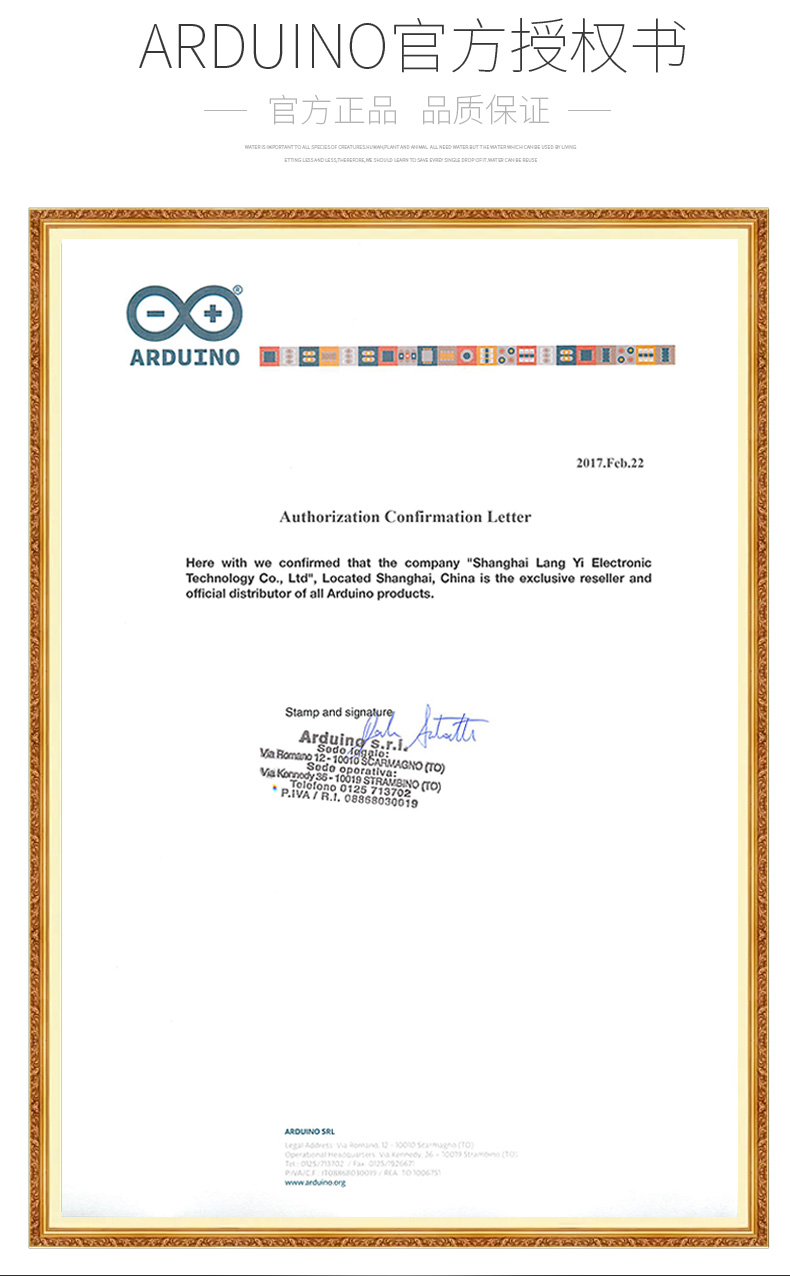 Update – AUGUST 6, 2017, a seller on Taobao (Shanghai Lang Yi Electronic Technology Co., Ltd” selling “Original Arduino uno r3” seems to have an agreement that was signed in early 2017 (Feb. 22, 2017) as the exclusive Arduino reseller (.org/SRL) – signed document. We’re trying to verify what is going on here, allegedly there are boards being made in China, that say “Made in Italy” – we’re purchasing boards to see what is what and will report back here or in other posts. We had emailed Arduino.org regarding this and they did not reply.

Update – August 6, 2017 – Here is a contract from Arduino.org / CCLogistics (Find-able via a Google search), looks like it was sent to a translation site or something.

13. Breach of Contract; No-Fake; Penalty Clause. Should Distributor during the duration of this Agreement
(i) breach any terms of this Agreement; or
(ii) manufacture,sell, trade and/or promote the sale of third parties products identical to, or having features similar to the Products or other products manufactured by the Supplier; and/or
(iii) use the trademark “Arduino” or other name similar to it or likely to be confused with it for purposes other than those specified in this Agreement without prior written consent of Supplier; or
(iv) promote, sell or intend to promote or sell any products or services that is counterfeit or highly seemingly counterfeit, then Supplier shall be entitled to immediately terminate this Agreement and a penalty in the amount of one hundred-thousand US dollars ($100,000)
will be paid by Distributor to Supplier for each occurrence of the breach above without prejudice to any further indemnification.

Update – August 6, 2017 – On the Arduino.cc site, there is a PDF (Find-able via a Google search) of the “Craft Industry Chamber of Commerce and Industry Agriculture of TORINO” (PDF) which includes the ownership of Arduino “SOCIAL RESPONSIBLE COMPANY RESPONSIBLE” – ANTONIETTI DANIELA, MUSTO FEDERICO, CONTI MAURIZIO. 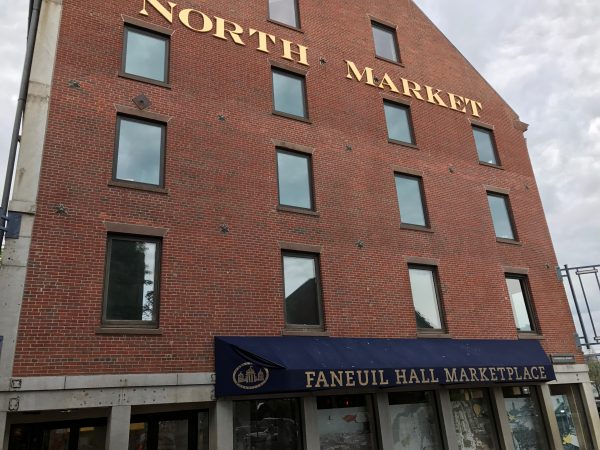 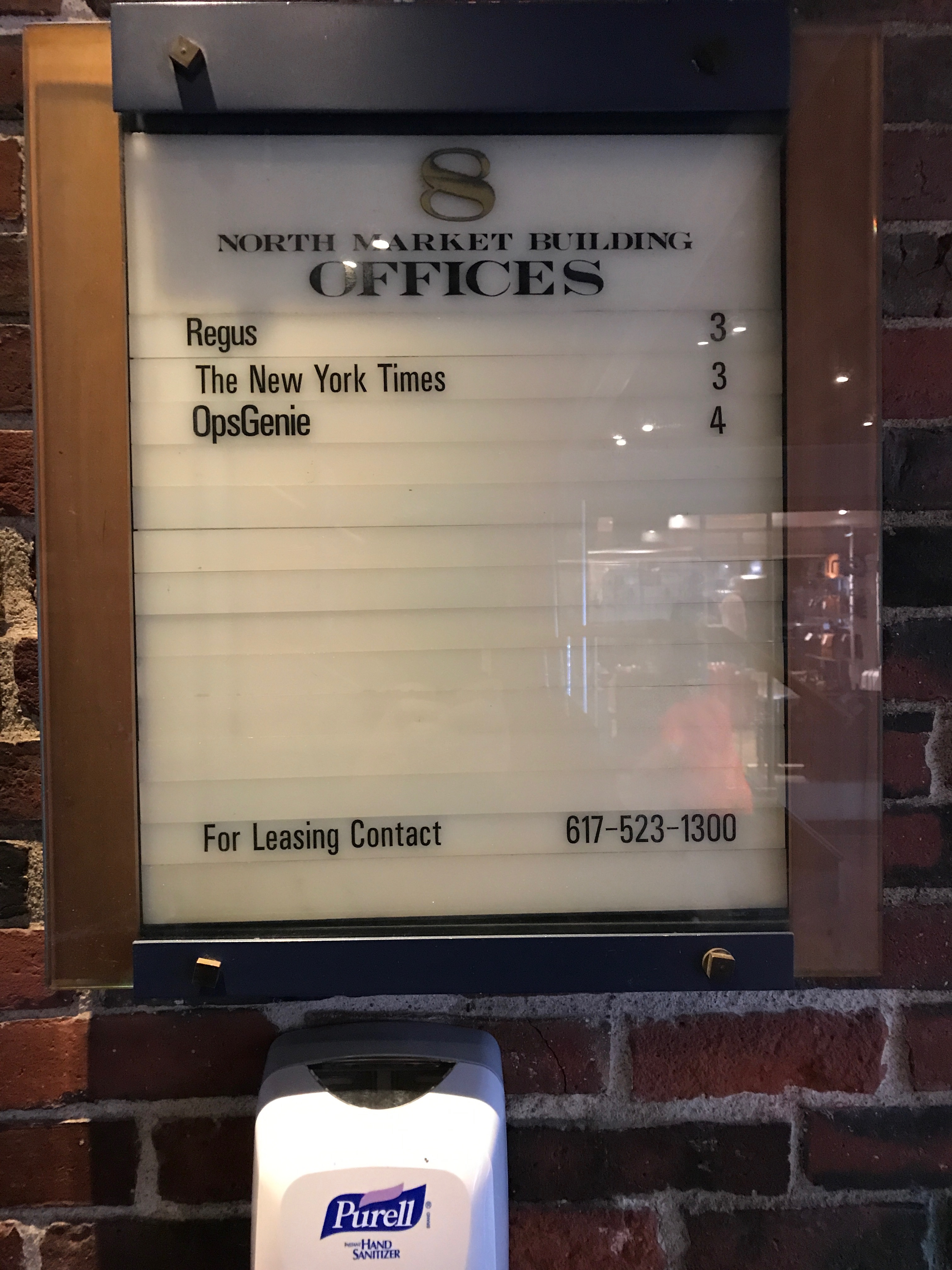 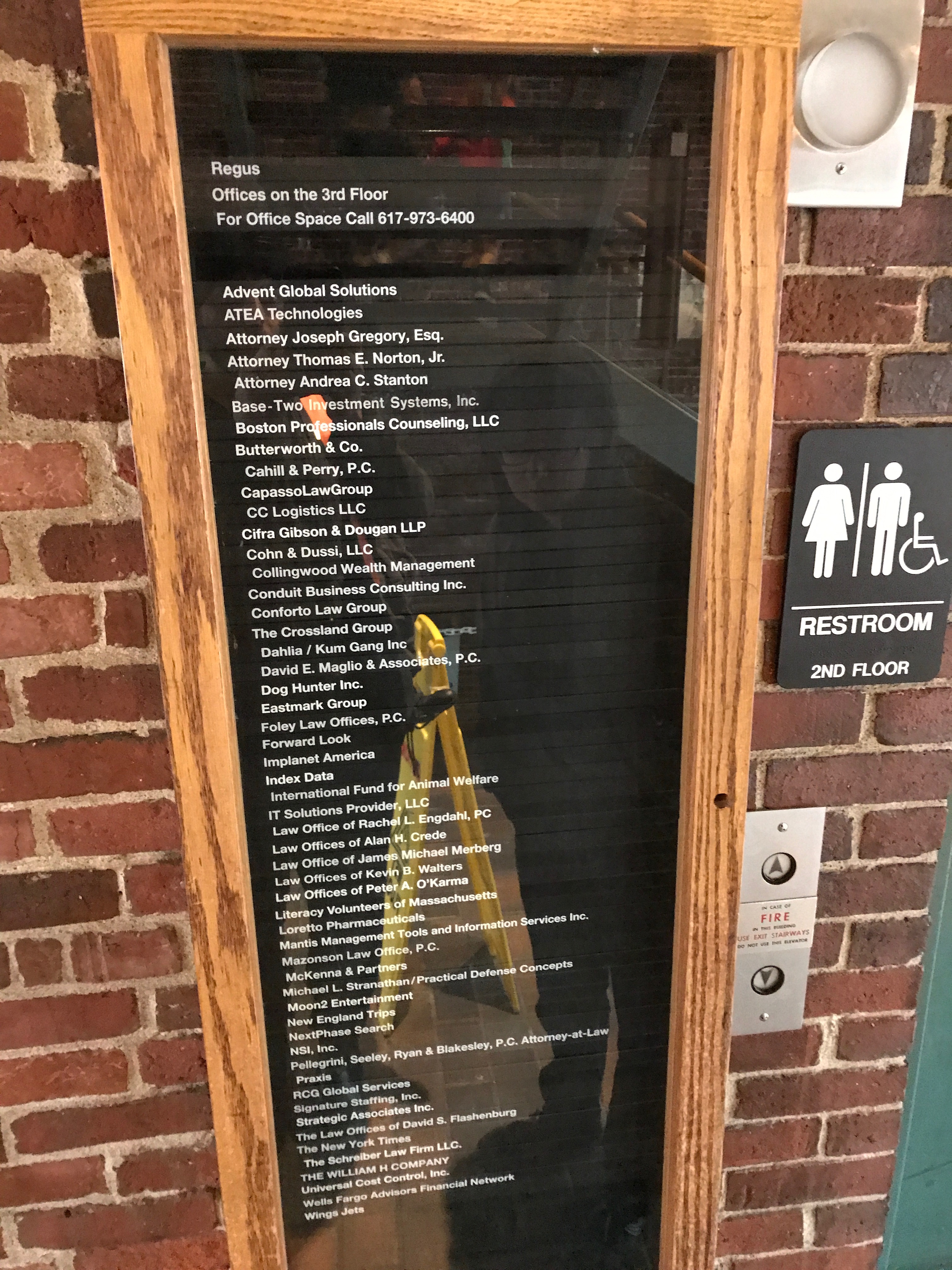 We visited and it was a virtual office/mailbox forwarder. 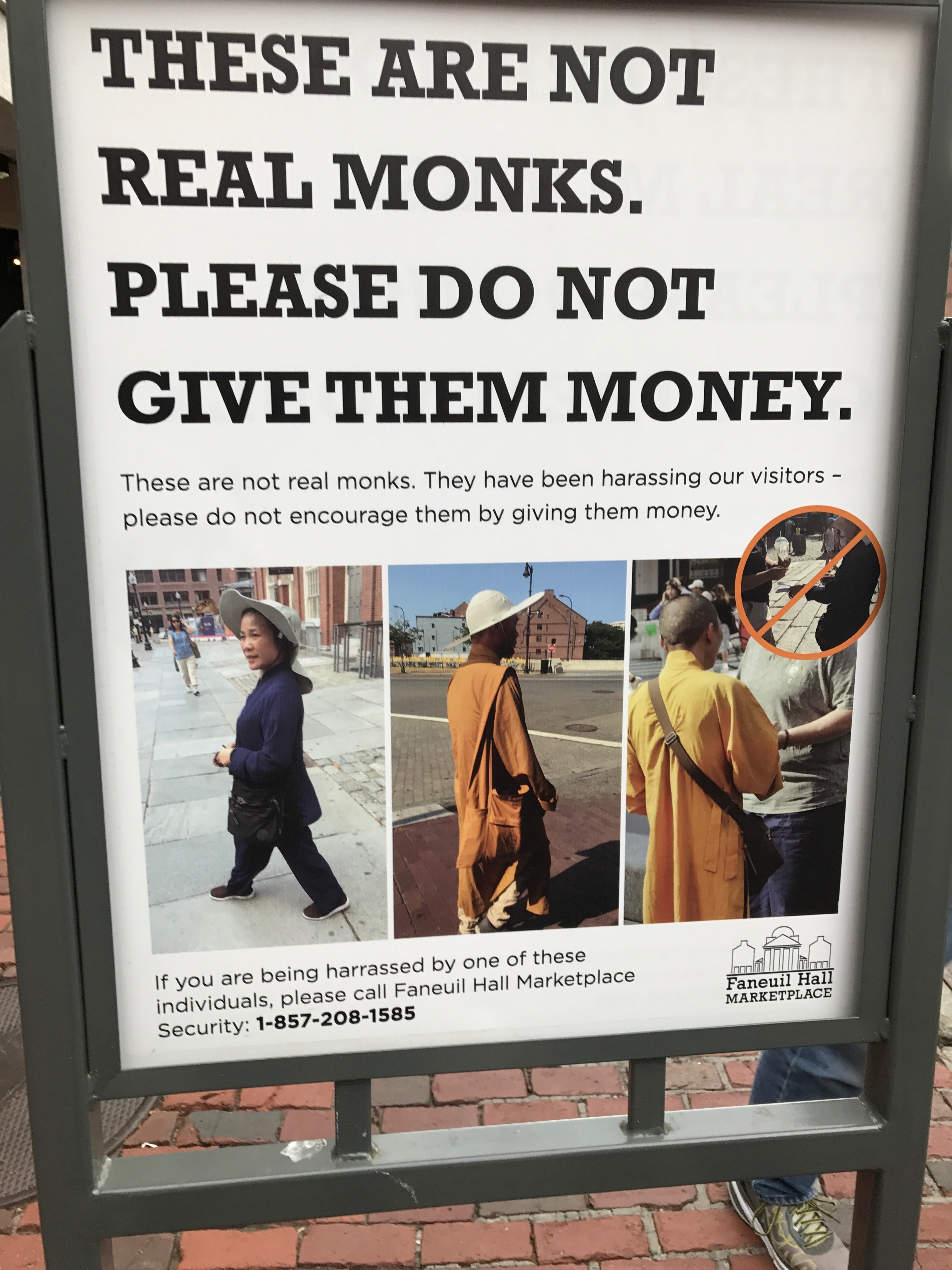 Outside the office was a warning about “fake monks.”