Make your own wearable computer with a Raspberry Pi Zero! #WearableWednesday 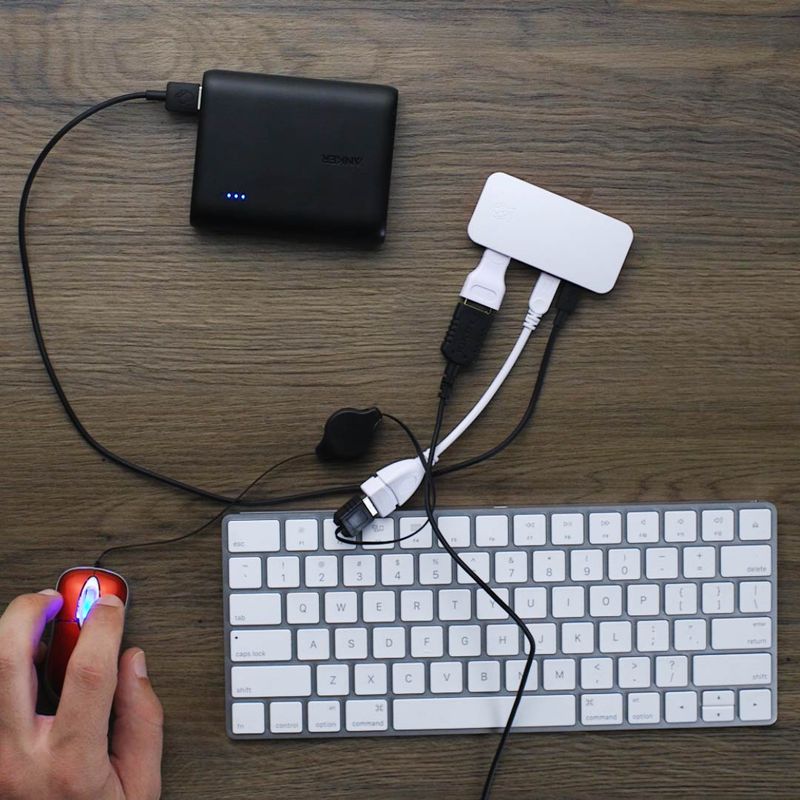 Ever since I read about the crazy wearable pioneers back in the ‘90s and early 2000s, I’ve wanted a wearable computer of my own. I had two major requirements, however: it had to be a computer, and I had to be able to wear it.

Smartphones, for the most part, have supplanted most people’s interest in or need for a wearable computer. They’re great, I highly endorse smartphones. But you can’t really “wear” them in any functional way.

And then there was Google Glass, which was super usable, and had a tiny bit of computer inside of it. But the interface it presented to the user was very un-computer-like. I appreciate what Google was trying to do, but I’d rather start with something hard to use but powerful, rather than easy to use but limited.

So now I’ve built my own, and it was really easy. Too easy, if you ask me.

First off I got a Vufine display. It’s a little head-mounted screen that can connect to any device with an HDMI output. It’s not nearly as nice as the Google Glass display, which hovers over your vision instead of occluding it, but it’s good enough. Also it’s affordable: you can get one for around $180, and the newer, better model is $200.

Then I got a Raspberry Pi Zero, a USB hub, and Bluetooth and Wi-Fi dongles. Internet isn’t a hard requirement for a wearable computer, but because the main thing I’ll use this for is taking notes, I want to make sure those notes get backed up to the cloud. Bluetooth is for using a wireless keyboard.

Then the new Raspberry Pi Zero W came out a week after I bought all the parts. The Zero W has Bluetooth and Wi-Fi built in, and only costs $10, so now I don’t need those dongles and I don’t need the hub. Progress!

Comments Off on Make your own wearable computer with a Raspberry Pi Zero! #WearableWednesday