The New York Times Magazine’s Kim Tingley has a fantastic piece this week on The Loyal Engineers Steering NASA’s Voyager Probes Across the Universe – many of whom are approaching retirement or who already have, with the mission in need of younger engineers to carry the mantle for the foreseeable future. 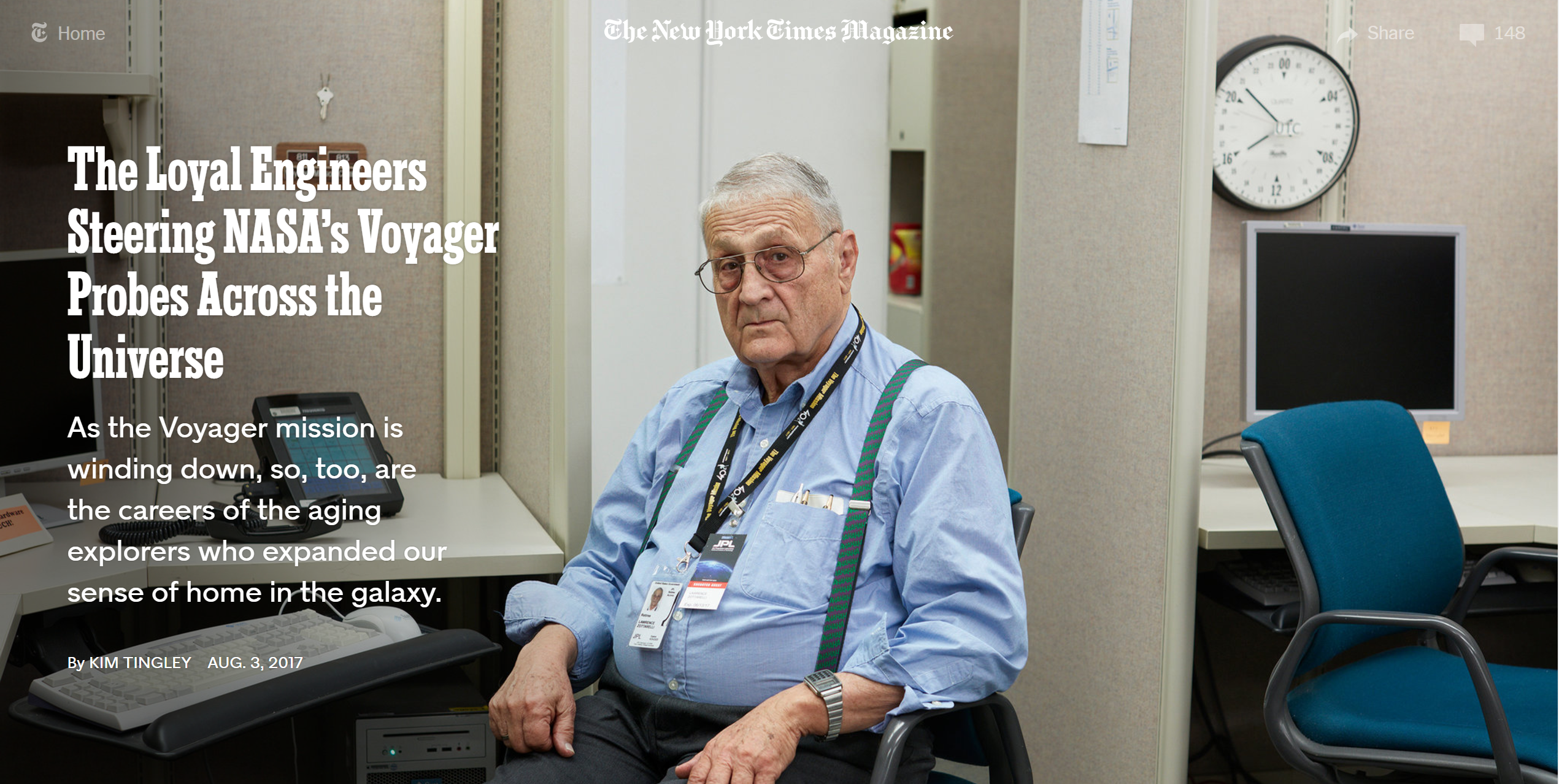 In the early spring of 1977, Larry Zottarelli, a 40-year-old computer engineer at NASA’s Jet Propulsion Laboratory in Pasadena, set out for Cape Canaveral, Fla., in his Toyota Corolla. A Los Angeles native, he had never ventured as far as Tijuana, but he had a per diem, and he liked to drive. Just east of Orlando, a causeway carried him over the Indian and Banana Rivers to a triangular spit of sand jutting into the Atlantic, where the Air Force keeps a base. His journey terminated at a cavernous military hangar.

In 2016, the year he turned 80, Zottarelli, the flight team’s most experienced programmer, gave six months’ notice and spent the time training a successor. None of the other engineers, only one of whom is under 50, have a replacement in waiting in the event that they abdicate more suddenly. Unlike the astrophysicists who devise experiments for Voyager and who interpret the results, the core flight-team members don’t have the luxury of being able to work simultaneously on other missions. Over decades, the crew members who have remained have forgone promotions, the lure of nearby Silicon Valley and, more recently, retirement, to stay with the spacecraft. NASA funding, which peaked during the Apollo program in the 1960s, has dwindled, making it next to impossible to recruit young computer-science majors away from the likes of Google and Facebook.