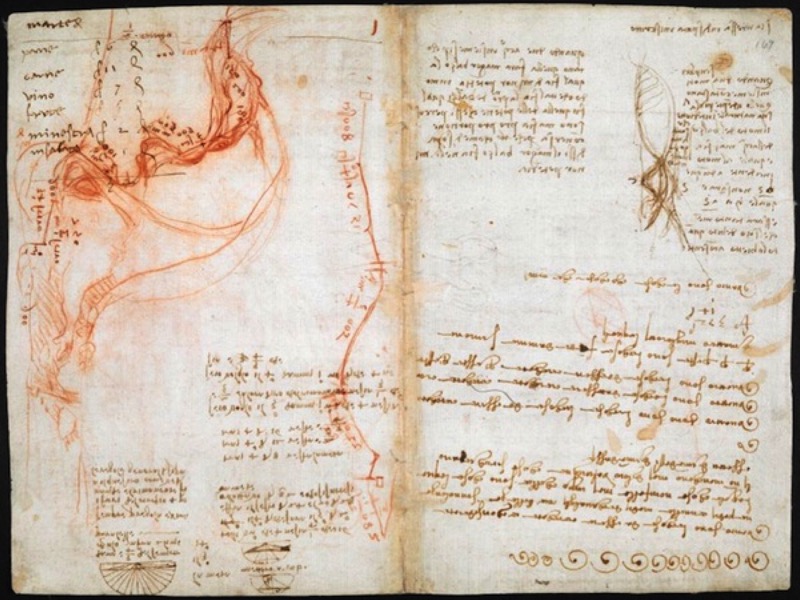 The British Library has digitized over 500 pages from Leonardo da Vinci’s notebooks and made them available for public consumption! Via Open Culture.

For hundreds of years, the huge, secretive collection of manuscripts remained mostly unseen by all but the most rarified of collectors. After Leonardo’s death in France, writes the British Library, his student Francesco Melzi “brought many of his manuscripts and drawings back to Italy. Melzi’s heirs, who had no idea of the importance of the manuscripts, gradually disposed of them.” Nonetheless, over 5,000 pages of notes “still exist in Leonardo’s ‘mirror writing’, from right to left.” In the notebooks, da Vinci drew “visions of the aeroplane, the helicopter, the parachute, the

Comments Off on Thanks to the British Library, Leonardo da Vinci’s Visionary Notebooks Now Online