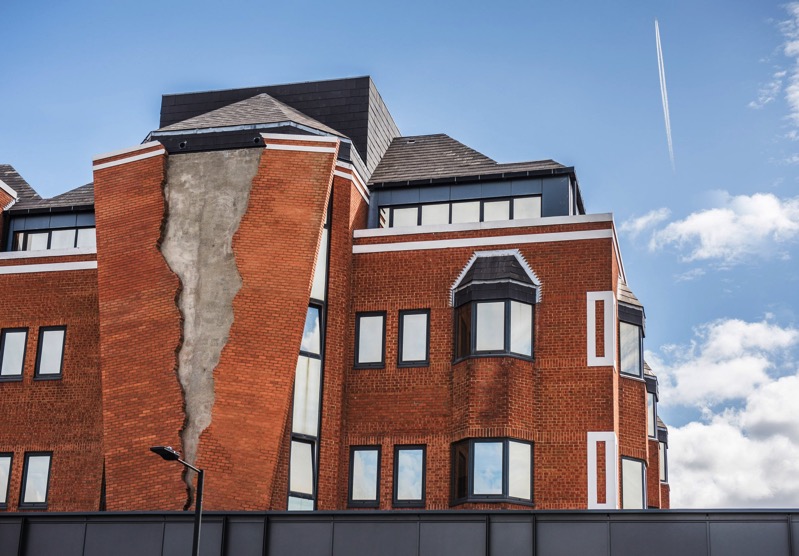 Eye-catching new work from artist Alex Chinneck up on dezeen.

Titled Six Pins and a Half Dozen Needles, the artwork has been installed on the site of Assembly London – a campus of offices, retail units and restaurants situated in Hammersmith.

The area had been home to a publisher for two decades, and Chinneck has referenced its history in his piece.

Placed 20-metres high, the sculpture has been designed to appear as if part of the building’s existing red-brick facade has cracked in two. Chinneck spent months scanning torn sheets of paper to digitally design the split, which is intended to resemble a page ripped from a book.