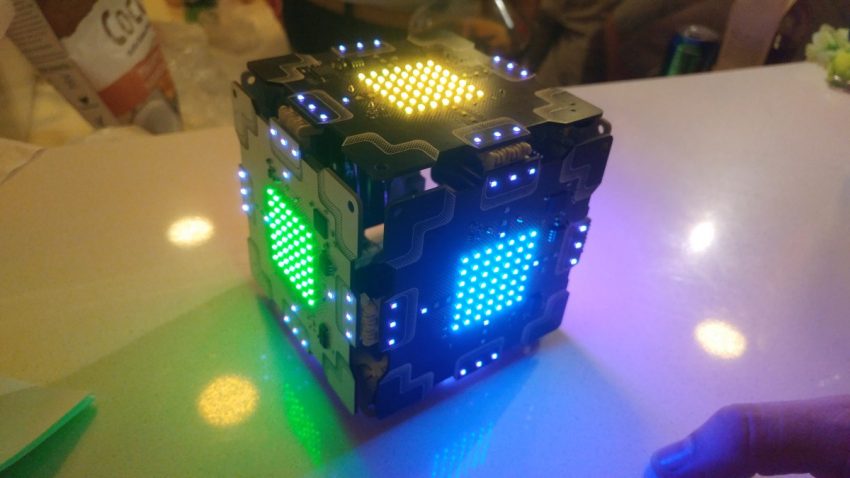 Reports from DEFCON continue, including one about this spectacular badge from Queercon. According to Hackaday’s post, Queercon is well known for its artistic badges repping the LGBTQ community at the hacker convention. The obvious fun on this badge is the tiny matrix of LEDs, lending itself to fun text or patterns (want!). Hackaday offers some detail on the build.

Instead of going with WS2812s or APA101s, the Queercon badge team found simple 0604 RGB LEDs priced at about $0.026 a piece. There are 73 LEDs in total, all driven by the same TI LED driver used in previous years, combined with two shift registers and 15 FETs to control the LED commons. Although the LED driver is able to address all 219, and even though the badge is powered by a 32-bit ARM Cortex M3 microcontroller, this is pretty much the limit of how many LEDs can be controlled with this setup. 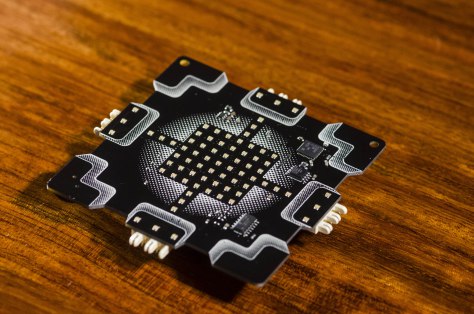 You might say it’s hip to be square, and I certainly find the badge shape refreshing to the plethora of rectangular types out there. This year’s badge holds a special charm for gamers according to one of the designers, Evan Mackay.

In case you’ve been under a rock for the last ten years, visually, we borrowed a bit from “Portal”, specifically the weighted storage cube/ companion cube.  This allowed to us some nerd cred and a visual theme that permeated most of the other materials in the con.

Gaming was part of the action of the badge, and another designer came up with something loosely based on Alchemy, allowing certain given elements to be re-mixed to form others. An example would be water + fire = beer. They also managed to sneak coffee into the mix since Starbucks was a sponsor. You definitely should check out Evan’s final report for the epic play-by-play. 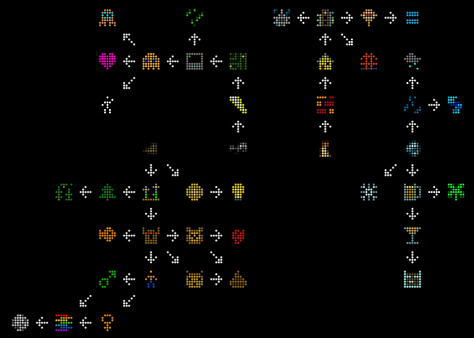 This badge is yet another reason I need to visit DEFCON next year. Sending cube hugs to team QC2017—Evan Mackay, Jonathan Nelson, George Louthan and Jason Painter. Love your failsafe design and looking forward to seeing what comes next. If anyone else has a need for a square display for pocket gaming, check out the DIY Gamer Kit from Technology Will Save Us.  It’s a strappy little project that uses the power of Arduino R3 for old school simple games like Tetris, Snake and more. Have fun learning more about tech and play games on the fly. It’s a great combo that might inspire you to design a con badge someday. 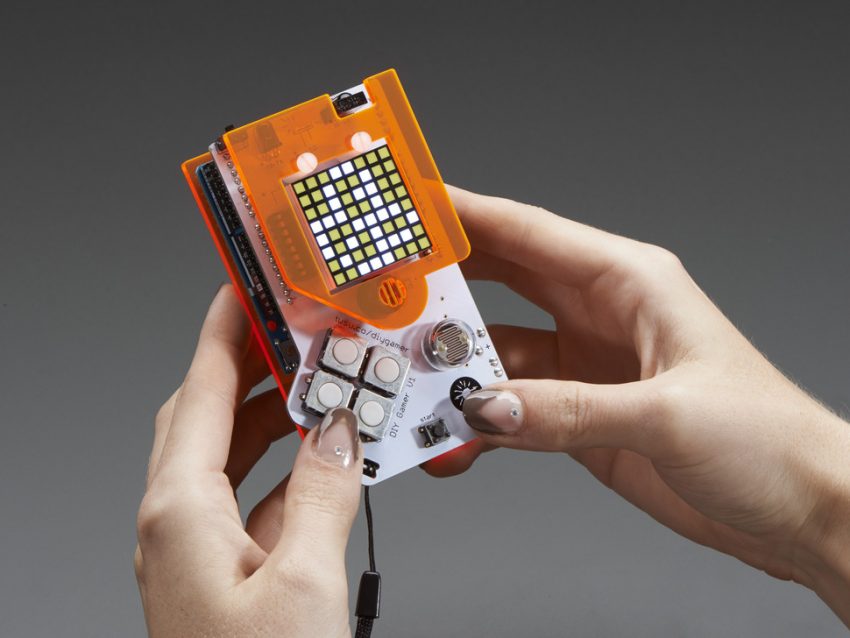