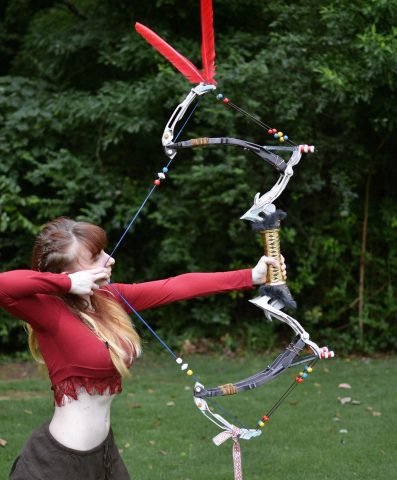 A Horizon Zero Dawn Aloy cosplay calls for appropriate weaponry, and Harrison Krix, a.k.a. Volpin Props, stepped up to make a Shadow Sharpshot bow to go with someone else’s Carja Blazon armor for DragonCon. Krix said it’s the first prop he 3D modeled by himself. He had to think through each piece carefully to ensure it would be flexible. “The bow features articulated limbs and cast resin pieces with steel reinforcements throughout,” he explained.

As usual, Krix matched the video game item as closely as he could. For example, the bow has a hatched pattern over its surface. Krix took the below steps to replicate it on his prop (you can see a photo below):

The #horizonzerodawn Shadow Sharpshot bow has a really large weave type pattern etched into the surface, which I didn’t model into my 3D parts. Instead, I used this trick! Laser cut a template, apply it to the parts, then spray with primer. Removing the mask template gives a subtle raised texture. Still super tedious, but probably less so than sanding all those little lines! 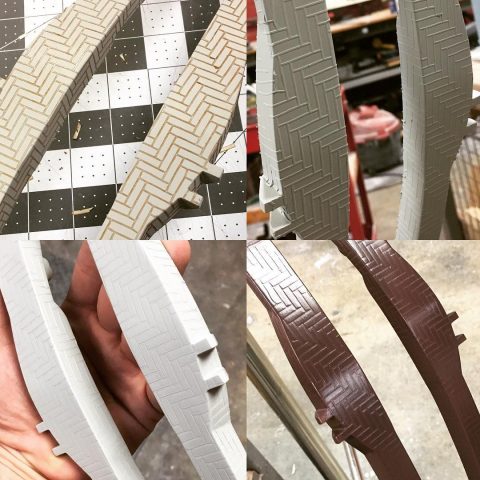 See how flexible the bow is in this Facebook video.