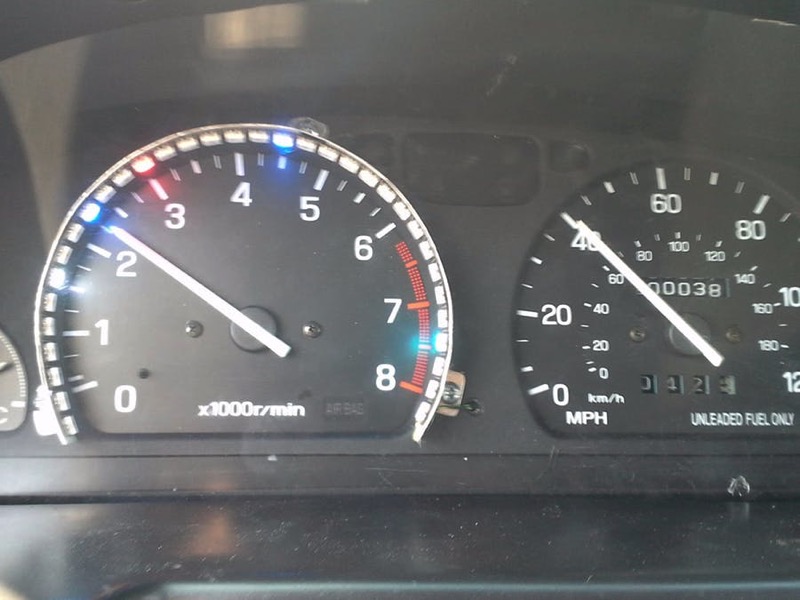 Nice project + write-up from Latch Hristov up on Hackster.io.

After fumbling for some time with double-clutch heel-toe juggling, I decided I could help myself with a microcontroller. It starts with an IR sensor in the speedometer.

If you don’t know how an old speedometer works – a metal drum spins around a permanent magnet (could be more than one) spring loaded and connected to the speed needle. The induced magnetic field (current, actually – Lenz’s law) in the drum has polarity that opposes that of the magnet and subsequently, as the drum spins, it also applies a force on the magnet displacing the speed needle. The faster the drum spins, the greater the field disparity, the greater the force, and subsequently the deflection of the needle. Some energy is lost to the eddy currents, but overall it’s a clever system. Anyway – it’s the spinning drum which is moved by a cable connected to the differential of the car that is useful in this case. As it spins, the purple nail-polish stripes block (an then unblock) the reflection from and IR LED. A photodiode, then picks up this timing.