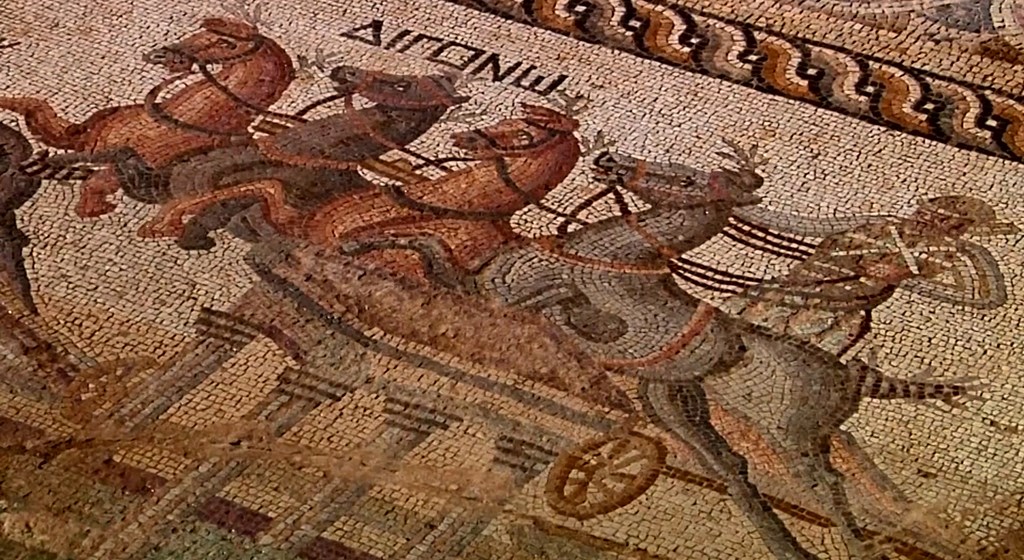 Fast and the Furious 350 AD National Geographic shares a piece about this exciting piece of history:

After years of excavating, archaeologists in Cyprus have uncovered a rare, Roman-era floor mosaic almost 2,000 years old.
Scenes of chariot races in a Roman hippodrome, an open-air stadium for horse racing, span across the 85-foot long mosaic. The illustrations are accompanied by inscriptions in ancient Greek, indicating the names of the horses and their riders.

Still, the mosaic is the only one of its kind in Cyprus, and one of just nine other mosaics depicting hippodrome scenes found in the entire Roman world, Fryni Hadjichristofi, the chief archaeological officer in charge of the site, told the Associated Press.