For those that are not into PC gaming, you may not be aware that there is a large DIY PC community based around the idea that you should build your own PC to get the best price to performance for tasks like gaming, media creation and things like that. Attached to the performance benefits are also aesthetics. People spend a lot of time and money to make sure their PC looks the sleekest, whether it be a matching color theme for all of the components, cable management or one of the newer features: RGB LEDs. There’s even software and special headers on the motherboards to support the RGB craze. The issue though is that different bits of software have different features or require different hardware to control the LED strips. There are also different voltages of LED strips (12V vs. 5V depending) depending on the brand, so you end up committing to one version of a platform depending on your brand choice and of course there’s a premium for the options with the most features. The LED strips from these companies also tend to be on the shorter side, often requiring 3-4 to make it around the perimeter of your case and you’re paying a premium for the compatibility with that company’s software and/or hardware.

I wanted LEDs in my case but didn’t want to go down the routes that were available from the various companies, especially when I saw a demo of the effects that the different software suites were capable of. I quickly realized that you could achieve the same effects with Adafruit’s NeoPixels and an Arduino with nicer looking results, more control and a lot cheaper. This is a great sub-in solution for probably the PC community’s best option at this time: an NZXT Hue+, which is basically a microcontroller in a box that mounts in a hard drive bay and controls your lights with a software suite. I actually entitle my videos for this project on YouTube with a reference to this product in an attempt to let the PC DIY community that DIY options are available.

One thing that I wanted to achieve with my iteration of the lights was to have them react to music. This was an effect that was really lacking in the commercial offerings and I was pretty sure I could do it with the MSGEQ7 IC from Sparkfun, which allows you to build audio spectrum analyzers by taking an audio input signal and splitting it out into 7 bands on the audio spectrum. I had used the MSGEQ7 in my very first Arduino project that wasn’t just an example sketch. I had built a circuit with 14 LEDs (2 for each band on the audio spectrum) and had it react to music. At the time I was still in college so this was quite useful for parties. I basically wanted to port this concept over to the NeoPixels so that individual pixels on the strand would react to different bands on the audio spectrum. 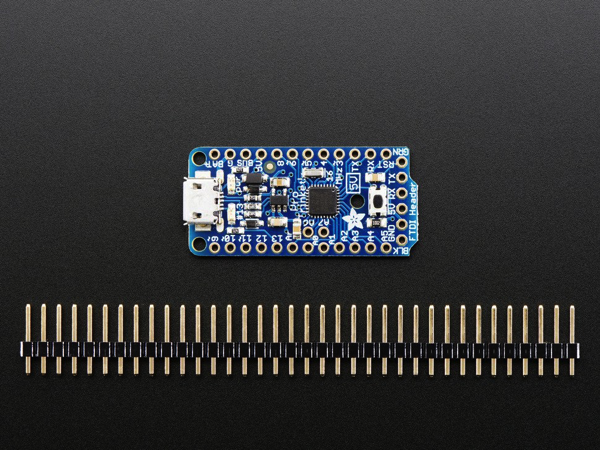 Adafruit Pro Trinket – 5V 16MHz: Trinket’s got a big sister in town – the Pro Trinket 5V! Pro Trinket combines everything you love about Trinket with the familiarity of the common core Arduino chip, the ATmega328. It’s like an Arduino Pro Mini with more pins and USB tossed in, so delicious. (read more) 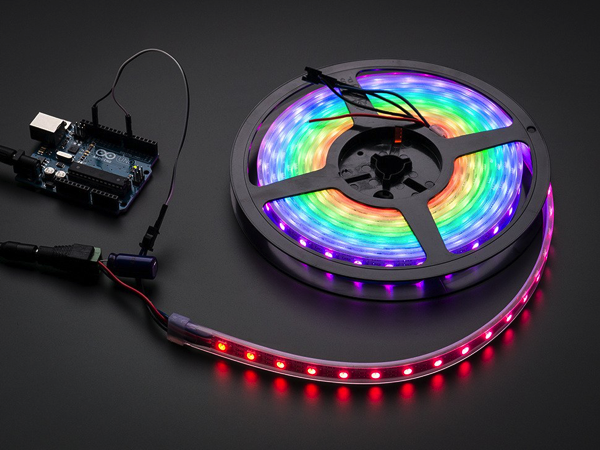 Comments Off on Sound Reactive NeoPixels in a PC #NeoPixels #MusicMonday