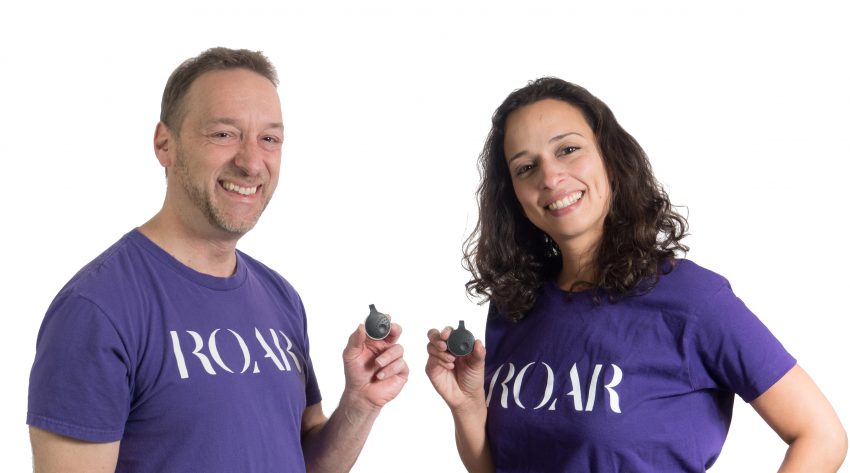 I remember the day Yasmine Mustafa walked into my hackerspace asking questions about Arduino and prototyping. She had a great idea for a wearable personal safety device and now a few years later the company she co-founded with Anthony Gold, ROAR for Good, is shipping finished product. I reconnected with Yasmine to get the inside scoop on the successful launch of the tiny wearable Athena. So, grab your coffee for this success story.

How did you get the idea for this wearable?

Athena was inspired by events that unfolded during my six-month solo-trek across South America where I met many women (both locals and travelers) who had been victims of assault. Then, just one week after I came back to Philadelphia, a woman was out feeding her parking meter when she was grabbed from behind, dragged into an alley, severely beaten, and brutally raped. It was at that moment my co-founder Anthony Gold and I made a commitment to leverage our skills, resources, and energy to make a difference. And it was at that moment ROAR for Good, and eventually, Athena, was born. 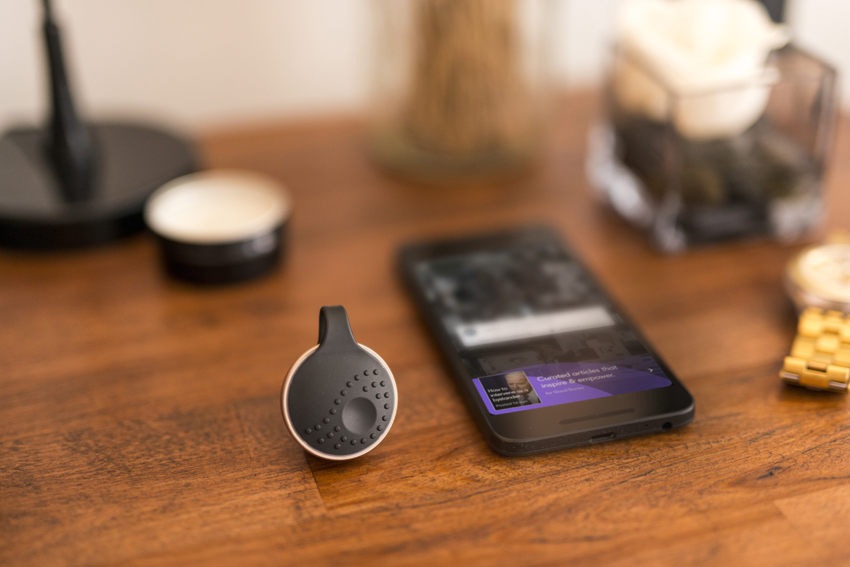 What are Athena’s capabilities?

Athena is a simple device with a big mission – to protect women with the touch of a button. It has two modes, one for emergencies and another for discreet situations. For emergencies, the user would hold down the button on the device for 3 seconds to activate Athena. At this point, an alarm would sound and Athena would connect to the user’s smartphone (via Bluetooth) to send alert messages with the user’s location to their loved ones. We also know there are occasions when the wearer doesn’t want the attacker to know that the device has been triggered. So, we also engineered SilentROAR™, a feature in which alert messages can be sent without the alarm being activated.

The unfortunate truth is that every woman knows what it’s like to have the hairs on the back of her neck stand up. Many women live in a constant state of alertness due to the threat of potential violence. From modifying their wardrobe to attract less attention to taking the long route home to avoid dark alleys to clutching their phone and keys between their knuckles, women are constantly thinking about what to do in case of danger. For many, this fear dominates their lives. Athena is, therefore, a way that women can take proactive steps for empowerment. And, unlike existing self-defense tools, Athena cannot be used against the wearer. The goal of Athena is to empower women to live their lives boldly.

What has been the most challenging part of this project?

There are many challenges.  First, our original manufacturer couldn’t handle the volume of orders that came through our crowdfunding campaign, which exceeded our original goal by 668. While it turned out to be a blessing in disguise because we ended up finding Flex (a top-tier manufacturer that produces 90% of today’s wearable), it immediately set us back 4 months. The tooling process took much longer than we anticipated as well—every tweak would affect a seemingly unrelated component which had to be tested and then adjusted. In addition, working with contractors who moonlighted elongated the process further which was a big lesson learned for us. Because we did so much testing every step of our DFM (Design For Manufacturing) process, we ended up making a handful of technical changes to enhance the product. This included increasing the sound level of the alert buzzer, adding a vibrator motor to indicate a silent alarm, increasing the battery life, and overhauling the mobile app. 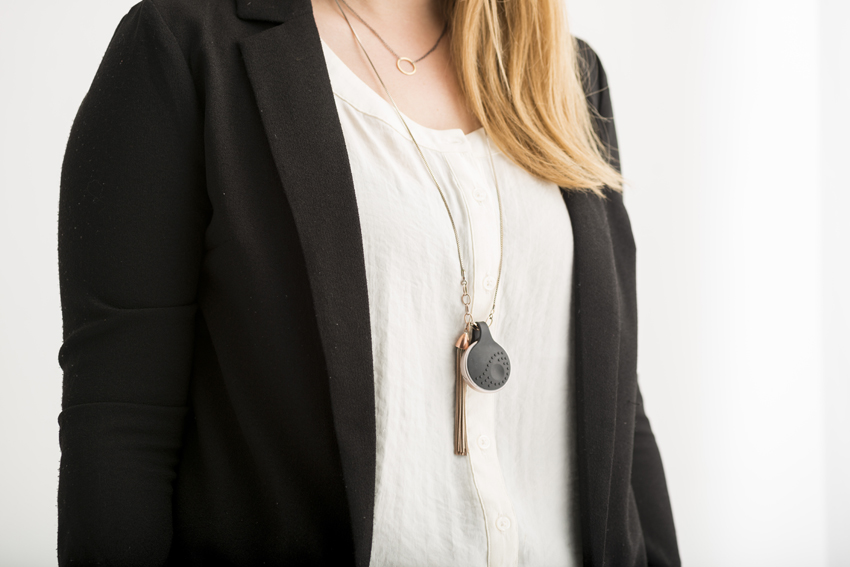 What are people’s reactions so far?

The reactions towards Athena have been overwhelmingly positive. We launched an Indiegogo campaign back in 2015 and hit our goal within 3 days. The response was more than we could have ever imagined and we are truly grateful for our wonderful community. Since then, we’ve been working on catching up on our pre-orders and now that Athena is finally in the hands of our community members we get to hear how pleased they are with their device and what it means to them. Here’s one testimonial we just received from a customer and it’s why we do what we do: “I live in NYC and am constantly harassed and followed. Athena has helped improve my quality of life immensely. Thank you so much for making this product. Seriously it’s changed my life.”

Tell me about your efforts in educating others about assault

As a social-mission certified B-corp, we don’t want to just put a band-aid on the problem. In addition to Athena, we are committed to getting to the root causes of these attacks. That’s why for every Athena device purchased, we invest a percentage of proceeds into nonprofits that teach young boys and girls about empathy, consent, and healthy relationships which have been shown to reduce harassment, abuse, and attacks against women. Some nonprofits that we currently partner with include One Love, Women Against Abuse, and Women Organized Against Rape. We also educate our local community through various events to raise awareness. Most recently we hosted two screenings of The Hunting Ground, which is a documentary about sexual assault on college campuses. Additionally, on the ROAR Personal safety app we curate articles and resources within StoriesforGood™, which provide resources such as self-defense videos and general safety awareness tips in an easily digestible way. 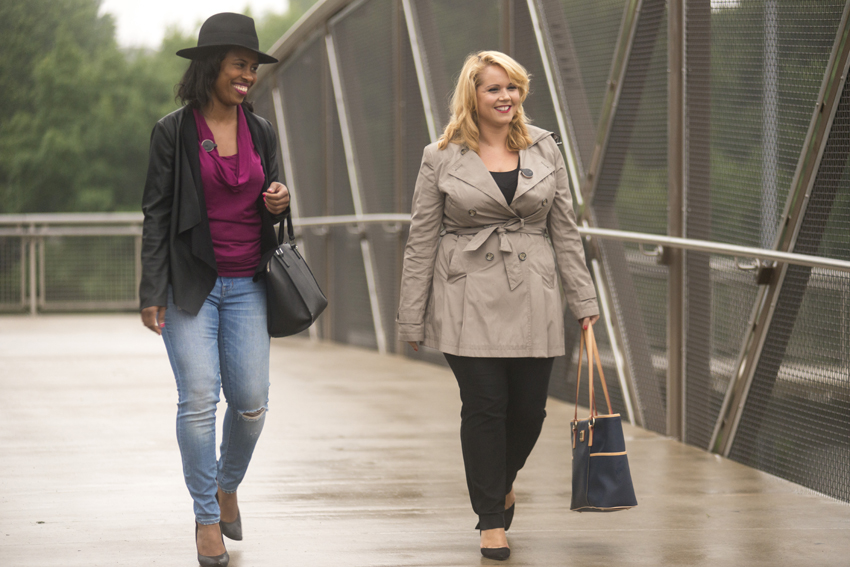 What is next for ROAR?

In the short-term, we plan to integrate 911 capabilities with the device and app so when Athena is pressed the authorities can be alerted immediately. We are still a few months away from this feature (coming in October), but luckily it won’t require an additional Athena purchase – it will instead be a firmware update. As for our next product, we are working on creating a device that has LTE/GSM embedded directly into it so a phone isn’t needed in order to notify the police or send out messages. We also hope to create a more affordable product so a wider range of people can use Athena and feel empowered.

It’s been great catching up with Yasmine and I’m very excited about this product and future models. Chalk this one up to my top ten wearables for the year! Although women are often mentioned on ROAR’s site, Athena is getting attention from many people of different ages. It’s sad to think there is so much harassment and violence in the world, but at least this is one approach that is adding education and defense. Actually Yasmine has one more update to add saying companies are actually approaching her about using Athena for employees that work late at night. Safety should be everyone’s business and it’s nice to see this movement happening.