To study how Antarctic Gentoo penguins communicate while out on the water, scientists attached ‘penguincams’ to their bodies and the footage is great. 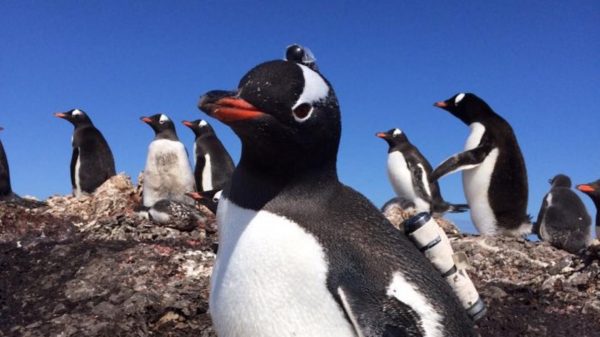 Gentoo penguins are open-ocean foragers. That means they hunt for fish and krill far out into the water, which makes it even harder for scientists to study them—not only are they in Antarctica, the least populated continent on the planet, they’re out on the open ocean, which isn’t easy to access either. Scientists from the Korea Polar Research Institute in Incheon, South Korea had to figure out another way of observing them. And like any good scientists, they did so by attaching cameras to penguins. I’m in the wrong line of work.