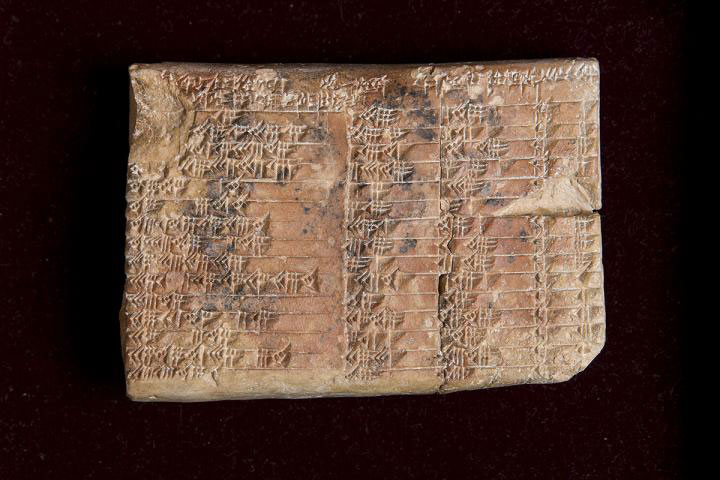 Researchers in Australia say an ancient Babylonian tablet that’s considered the world’s oldest trigonometric table was a far more powerful tool than it’s given credit for.

The square tablet, known as Plimpton 322, is roughly the size of a cell phone and features four columns and 15 rows of cuneiform numbers written on it. Artifacts dealer Edgar Banks—the man who Indiana Jones is based off of— sold the 3,700-year-old artifact to New York publisher George Arthur Plimpton in 1923, and it was discovered near the ancient city of Larsa in Iraq. In the early 1940s, Brown University mathematics historian Otto Neugebauer studied Plimpton 322 and concluded that the rows and columns of numbers formed parts of Pythagorean triples, or three numbers that provide a solution to the equation a2 + b2 = c2. The number series 3,4,5 is a popular “triple” example, and it’s also the equation used to describe the dimensions of right-angle triangles.

Neugebauer’s theory was notable because it meant the Babylonians were articulating these integer solutions 1,000 years before Pythagoras was born. Therefore, the Babylonians, not the Greeks, were the pioneers of trigonometry.

Mathematical firsts aside, it still wasn’t clear how the Babylonians used this chunk of clay. In 2001, Eleanor Robson, an expert on Mesopotamian mathematics, offered a more mundane explanation for the tablet’s purpose. She demonstrated that Neugebauer’s theory doesn’t explain how certain values on the chart were chosen, how and why the table entries were ordered, or what purpose numbers in the first column served.

Comments Off on Can This Ancient Babylonian Tablet Improve Modern Math?