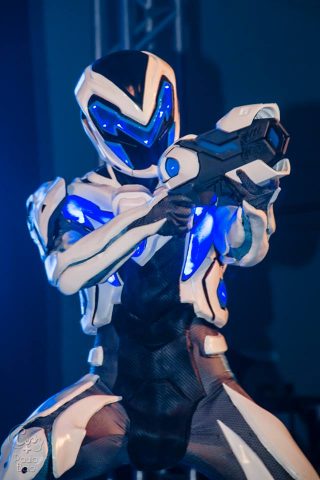 Max Steel started life as an action figure, then he was in an animated series, and then a movie — now he’s a costume. Though I don’t know much about the character, I can still admire this cosplay by Andrea Starchild Costumes & Props. He crafted the costume in 2016 and clearly put an emphasis on accuracy. To make his design match an illustration of Max Steel, he sculpted and sewed every aspect.

For example, he had a cast made of his head in order to get proper measurements for the helmet. He also wrapped his torso to get a base for the armor, which he used expanding foam to shape. As each stage progressed he incorporated blue LEDs. You can see some of the stages of the helmet below. 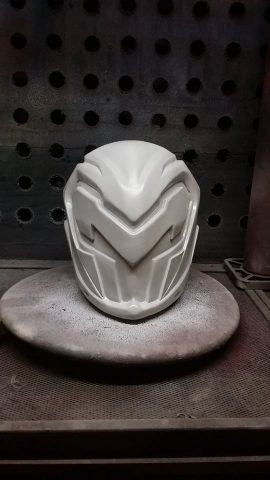 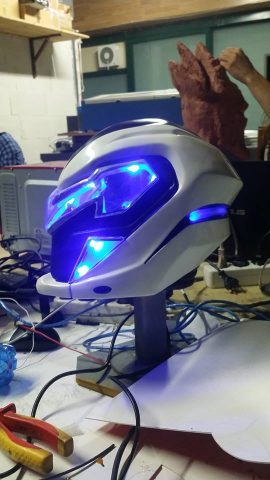 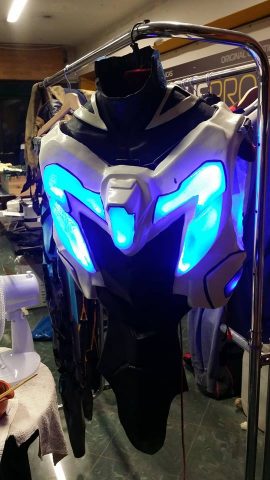 View over 200 photos showing the costume’s progression at Facebook. Be sure to note how the helmet progresses; you could almost create a flip book with those pictures.

Comments Off on This Max Steel Costume Glows