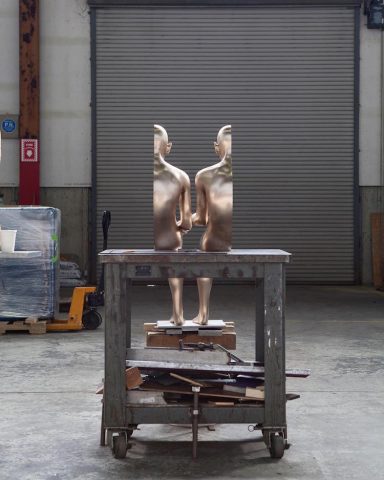 Renowned for his surreal approach to figurative sculpture, artist Anders Krisár explores the duality of human nature in his work. Though the multidisciplinary artist experiments with various motifs and mediums, his bronze sculpture series features his most revisited theme: the human body split in half, right down the middle. 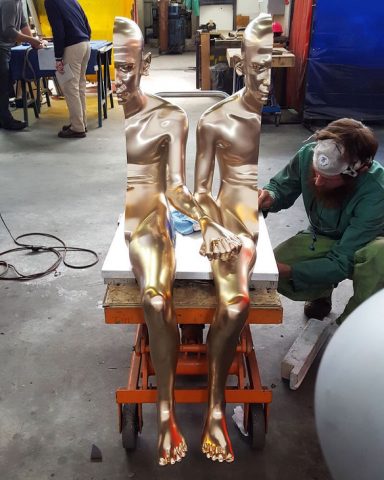 Each of Krisár’s split sculptures demonstrates the artist’s unconventional approach to figurative forms. In some cases, entire bodies are bisected, culminating in two nearly identical halves of full figures. For other pieces, Krisár simply slices already-fragmented torsos into even smaller fractions. Whether halved humans or dismembered body parts, many of Krisar’s pieces poignantly reconnect by holding hands, giving the illusion of two separate identities. 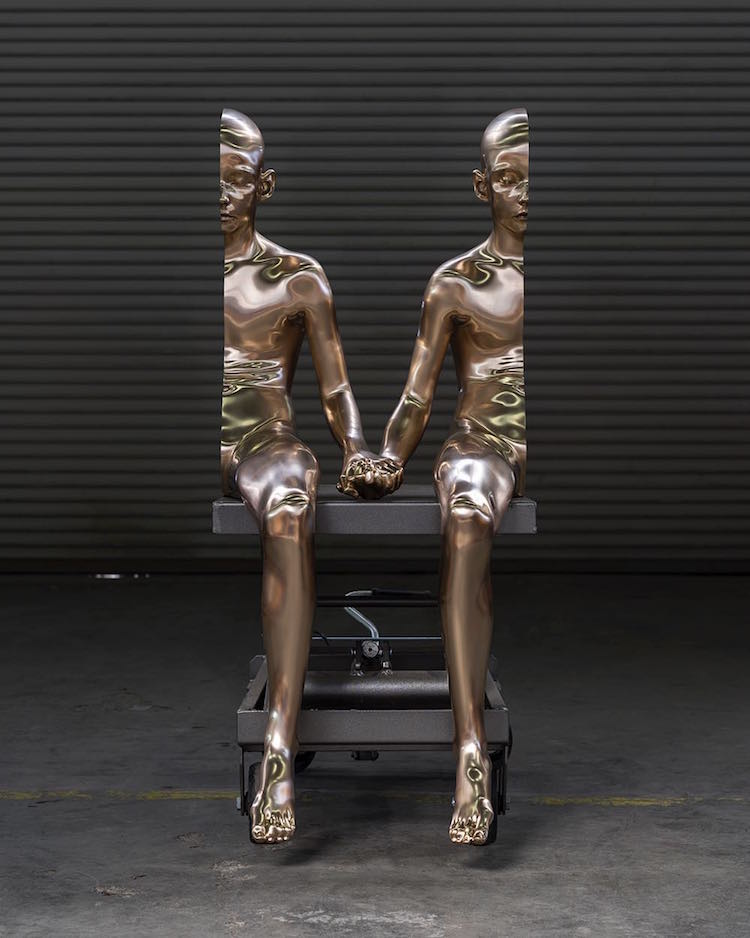