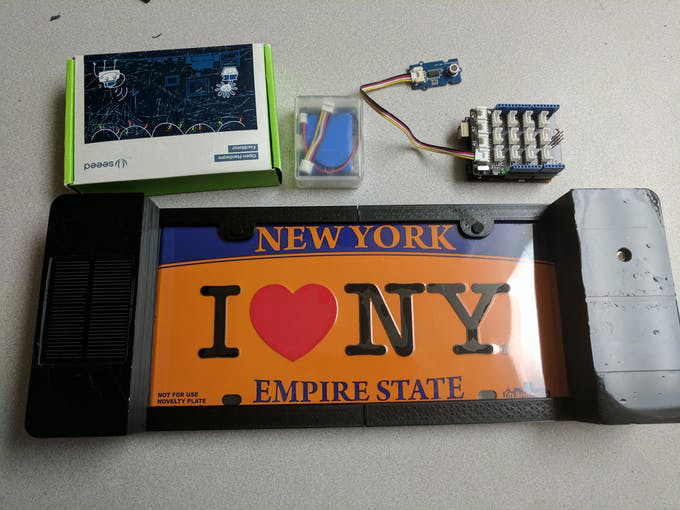 Team Air Defender wanted to create an air quality monitor that could be implemented by many citizens throughout a city, and what better way than to develop one suited for a car. Their project is featured on Arduino Create and was inspired by an air quality project that involves pigeons. Thankfully what evolved for this team was something a bit simpler—a 3d printed license plate holder that allows for a sensor and solar panel for charging. The key components are an Arduino 101, SeeedStudio’s Grove Air Quality Sensor as well as their Wireless Sensor Node Kit and Solar Panel Kit. There is a nice symmetry between the compartment on the left side of the plate holding the energy components and the component on the right side handling the Arduino circuit. 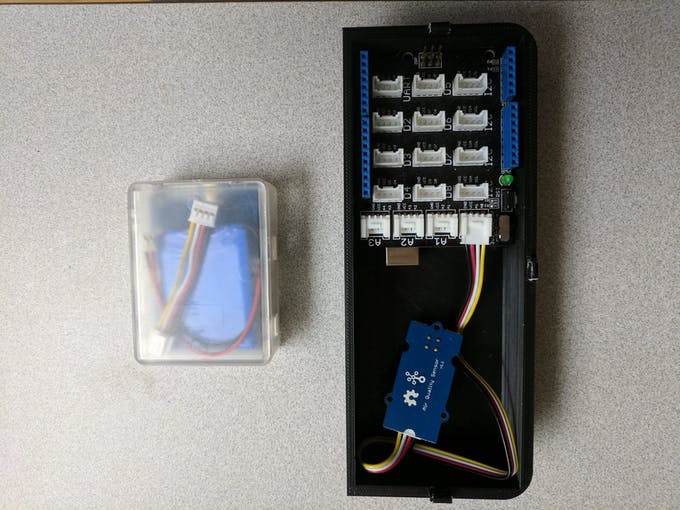 The sensor relays data to the net using Blue Tooth Low Energy (BLE), and the team was pleasantly surprised to learn that the process does not use much energy. However, one issue they did face was dealing with the Arduino communicating with an Android phone for the app.

Connecting BLE from Arduino 101 to Android device is not that simple, we have to go try over and over again before Android app finally communicates with the Arduino 101 BLE seamlessly. The code is open-sourced on Github.

The team feels the project was successful because air quality levels can be mapped closer to the ground where living things are most affected. This is a step up from using pigeons which might frequently be found in the sky. The group is excited and has some bigger plans.

…contact cities and ride on demand companies like Uber/Lyft to see which one potentially wants to partner and install these smart license plates on their fleet of transportation. Once we sign up one partner, we can open up Kickstarter campaign to see if the public is interested as well.

I’ve seen a few air quality monitors, and I must say that I find this one very convenient. I hope the potential Kickstarter includes an option for just getting a kit where people can do the soldering and assembly. This could lead to a huge push in citizen science for air quality, which is very exciting. Congrats to Lin Ocha, Peter Ma and Mica Wong for an inspiring project. We just have to hope that people won’t be driving more frequently just to gather data off their plate!