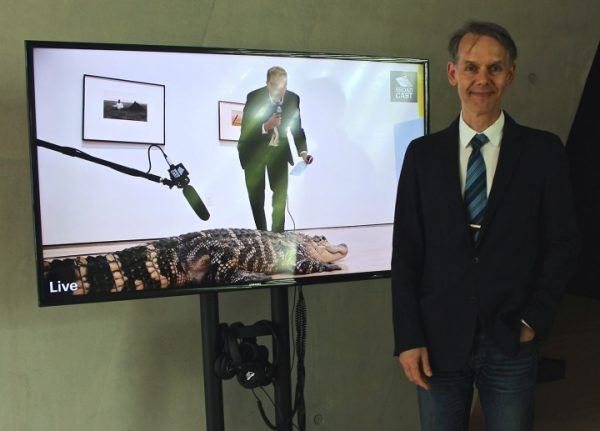 This sounds like one of the most amazing installation pieces we’ve ever heard about. If you’re in Michigan, check this out – via HYPERALLERGIC

Magic, much like stand-up comedy, is considered by neophytes to be a spontaneous or improvisational form, but true practitioners know it to be, like most other performance, based on a formal structure. The Transported Man, a group show at the Eli and Edythe Broad Art Museum at Michigan State University, uses the mechanisms of magic as a means to analyze art. 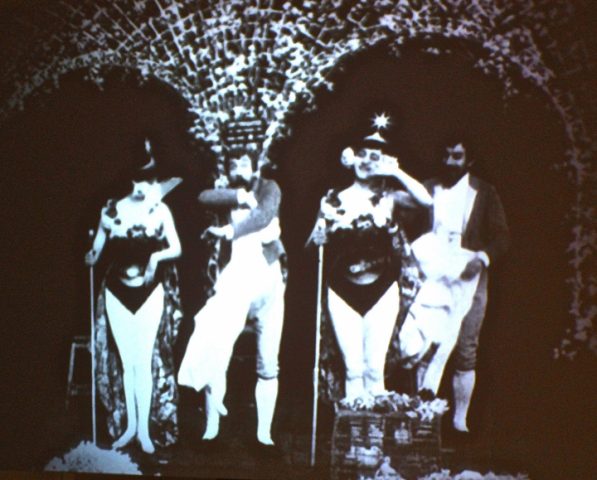 “[Arthur] Conan Doyle thought about Houdini that his illusions didn’t have to do with tricks, that it was about magic, about something transcendental,” said newly-appointed Broad director Marc-Olivier Wahler, in an interview with Hyperallergic about the foundational concepts behind his inaugural exhibition for the museum. “And Houdini wasn’t happy — he was very good friends with Conan Doyle — he said, ‘No, no, no, there is no magic, there are tricks.’”

Specifically, The Transported Man finds the common ground shared between art and magic — work dedicated to the practice of presentation, showmanship, and illusion being taken for transfiguration or wizardry. In a sense, posing a philosophical challenge to the idea of the artist as a magical figure is taboo, because the conclusion may be that they are, in fact, playing a trick on the viewer. Exposing as false the idea that an artist channels a mystical capacity to turn non-art objects into art is tantamount to a magician revealing the mechanisms behind his illusions.

For the purposes of the exhibition, Wahler has borrowed a formal structure from magic. The character Cutter in Christopher Priest’s novel-turned-movie, The Prestige cogently lays out the important parts of this structure:

Every great magic trick consists of three parts or acts. The first part is called “the Pledge.” The magician shows you something ordinary: a deck of cards, a bird or a man. He shows you this object. Perhaps he asks you to inspect it to see if it is indeed real, unaltered, normal. But of course … it probably isn’t. The second act is called “the Turn.” The magician takes the ordinary something and makes it do something extraordinary. Now you’re looking for the secret … but you won’t find it, because of course you’re not really looking. You don’t really want to know. You want to be fooled. But you wouldn’t clap yet. Because making something disappear isn’t enough; you have to bring it back. That’s why every magic trick has a third act, the hardest part, the part we call “the Prestige.”

Comments Off on When Magic and Art Find Common Ground #ArtTuesday