Could these fast radio bursts be signs of life from other galaxies!?! Probably not, but super cool none the less. Via C-net: 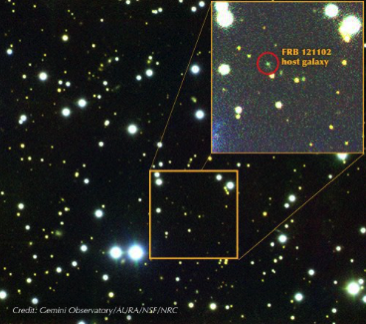 The unexplained signals from the other side of the universe known as fast radio bursts are a rarely observed phenomenon and only one of them has been picked up more than once. Now scientists engaged in the search for extraterrestrial intelligence say that lone repeating fast radio burst (FRB) is being heard twittering away.

FRBs are bright, millisecond-long pulses of radio signals from beyond the Milky Way that were first identified only a decade ago. Suggested explanations include everything from neutron star outbursts to alien civilizations using some form of directed energy to propel a spacecraft.

One burst first observed in 2012, named FRB 121102, was later found to repeat in 2015. On Saturday, UC Berkeley postdoctoral researcher Dr. Vishal Gajjar used the Breakthrough Listen backend instrument at the Green Bank Telescope in West Virginia to target FRB 121102 once again. After observing for five hours and across the entire 4 to 8 GHz frequency band, Gajjar and the Listen team analyzed the 400 terabytes of data gathered and found 15 new pulses from FRB 121102. 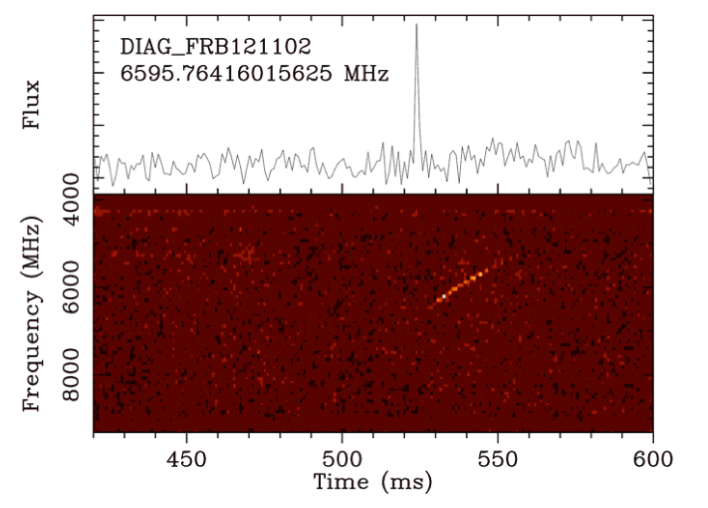 Whatever or whoever sent out the bright radio bursts, they left their source a very long time ago when the only life here on Earth was single-celled. Perhaps some ancient intelligent species was clued in to the emergence of life on our planet and knew that a signal sent would reach us just as we were becoming technologically sophisticated for the first time?

Perhaps, but given the current lack of evidence of such extra-terrestrial life, a natural phenomenon like a pulsar seems a more likely explanation.

Filed under: space —
Tags: outerspace, Signs of life — by Ben

Comments Off on Mysterious signal from deep space goes hyperactive