My first wearable tech was a light-up felt flower that could be worn as a pin or on a barrette. Although the project was small, the lessons I learned were big—some were amusing and some were, uhm, slightly frustrating. That’s why I let out a big squeal when I saw Caitie McDonald’s blog post Let There Be Light chronicling her first wearable project. It’s a sum-up of a five month Arduino dance costume adventure filled with humor and spunk that just keeps you smiling.

Caitie decided she wanted her dance costume to be similar to the Adafruit Potentiometer Hoodie. Our learning guide talks about using a sliding potentiometer with a Gemma microcontroller and Neopixels. So, in the case of the dance costume, an arm movement would cause the sensor to slide in the sleeve resulting in a colorful display of LEDs. Here’s a speed version of the lessons learned. 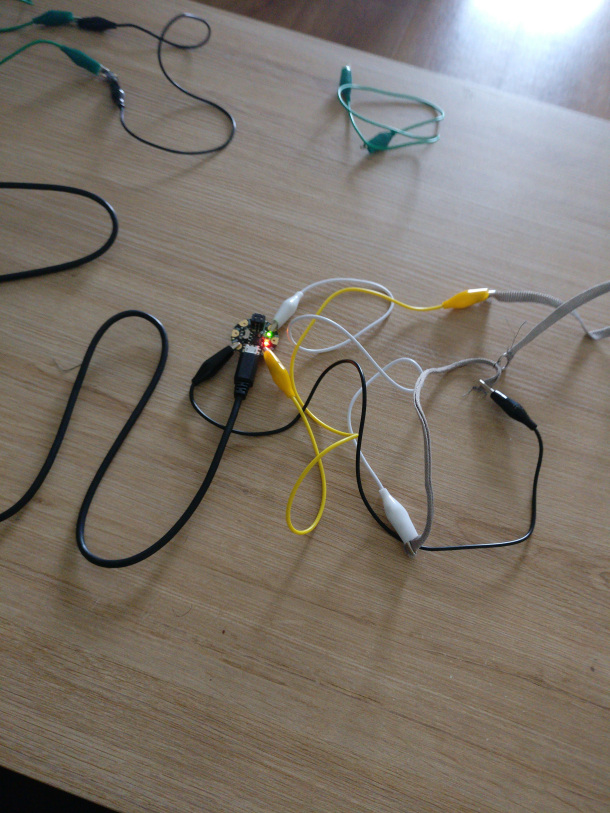 “I could not for the life of me figure out how to install the right configuration of software, drivers, and other magic to get my computer to talk to my microchip.”

Turns out Caitie had it right, but knowing what right looks like can be tricky if you are new to Arduino. Some Arduinos require you to push a button to load the problem and some do not. It’s always good to double check the guides.

“Fortunately the mild-to-moderate scorching my fabric endured wasn’t enough to damage the internal workings of my small electronics, nor to put me off the project.”

Caitie discovered that shorts can happen when threads touch. A little bit of nail polish not only prevents frays on the tails of knots, but also can act like an insulator when stitching is close.

“…I expectantly plugged everything in, pressed the ‘on’ button and… nothing happened.”

You can get comfy using the USB cable for powering as you work. However, once you want to go untethered, you have to make sure you have batteries loaded in your holder. Been there—done that.

Of course like most projects go, this one was a happy ending resulting in a costume that magnifies movement with light. You can see the threads look different with some added silver nail polish, which actually works well with the royal blue fabric. Caitie’s real dream is to create an outfit that works as a galvanometer with a ton of Neopixels. Now that this one is under her belt, I think she is ready! If you would like to learn some tips and tricks for working with stitchable Arduinos, then check out our book Getting Started with Adafruit FLORA. There are plenty of photos to guide you on understanding the basics of combining microcontrollers with fabrics. Whether it be a dance costume or fest wear, let your imagination run wild with sensors, lights and sounds. 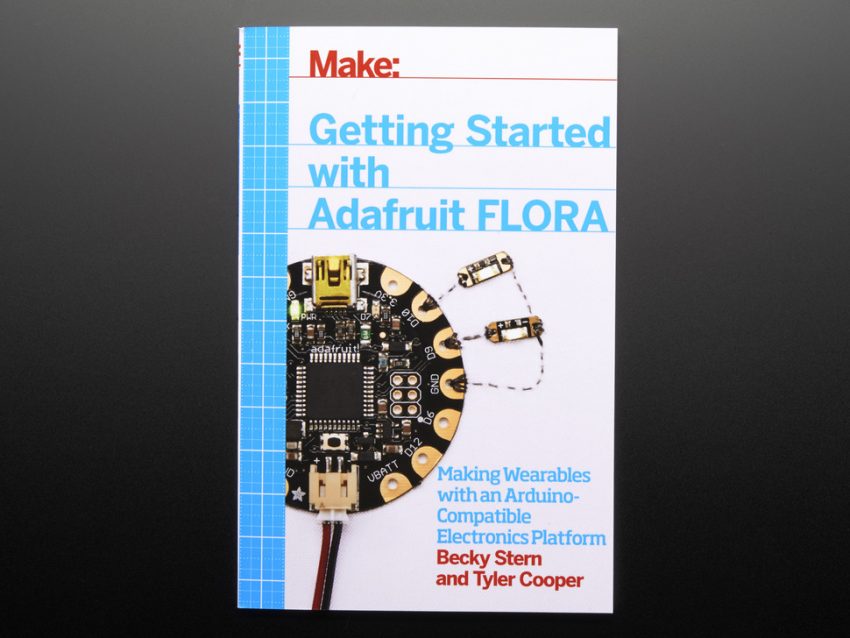