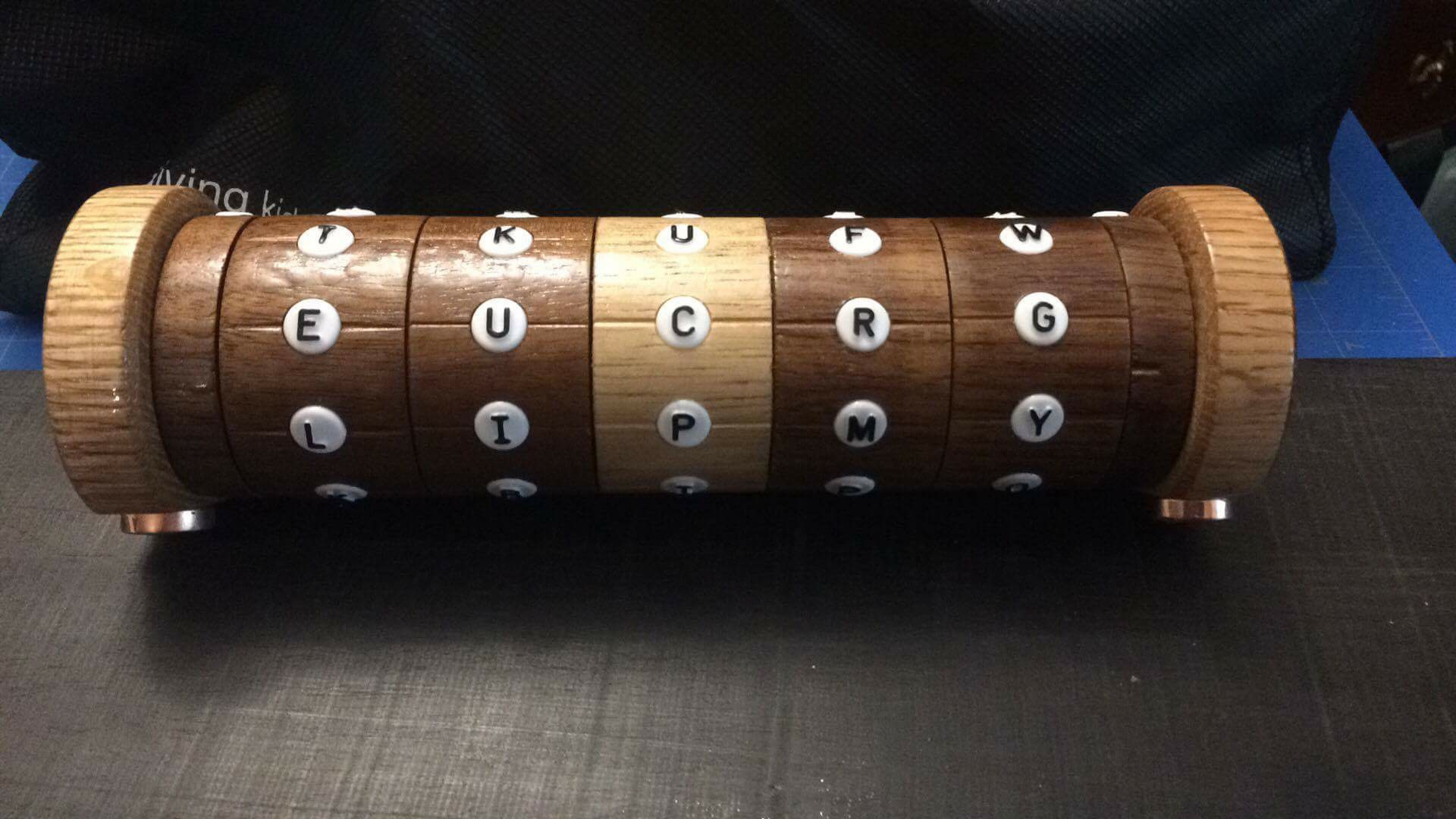 I spotted this Cryptex over at the Woodshop.tv blog and the description mentioned a video by Carl – I immediately knew they were referring to Carl Jacobson whose videos I have stumbled upon before, so thought I’d share the source video (below) that inspired the above build. (Who knows maybe it’ll inspire you to build a Cryptex! 🙂 )

I was asked to turn a pen for a couple that were getting married so I took my time and made them the best pen that I could. So I then thought okay It needs to be in some sort of container. I looked at all the pen containers on the market and none of them seemed worthy of this pen. So I decided that it would be cool if I made a Cryptex to be the container for the pen that was going to be used to sign their wedding vows. The word chosen was one of their favorite words. So “HAVEN” and the pen Cryptex case opens.

I was then challenged on how am I ever going to make a Cryptex … so I did a search and found you Carl. I watched your videos on the Cryptex that you made and it led me to making the one shown in the attached photo. So thanks to you I was able to make their wedding pen Cryptex case.

Comments Off on Woodturning a Cryptex | #woodworking