The First Sculptures of Dinosaurs #ArtTuesday 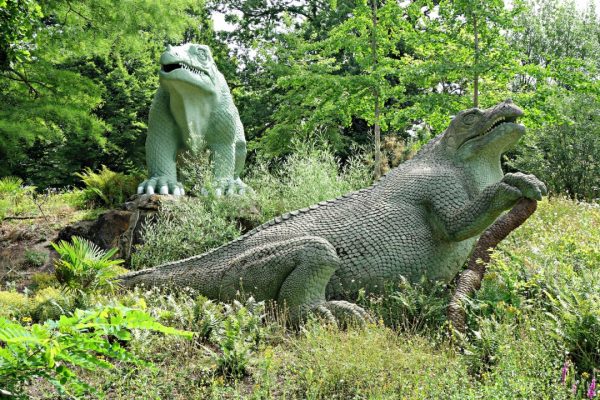 As New Year’s Eve approached in 1853, some fashionable Londoners received a most curious party invitation. Artist Benjamin Waterhouse Hawkins requested their presence at an evening dinner, hosted in the belly of an Iguanodon. The long extinct dinosaur had been resurrected in concrete for the Crystal Palace’s new exhibition location in south London, one of over 30 extinct creatures that Hawkins would sculpt for the site. 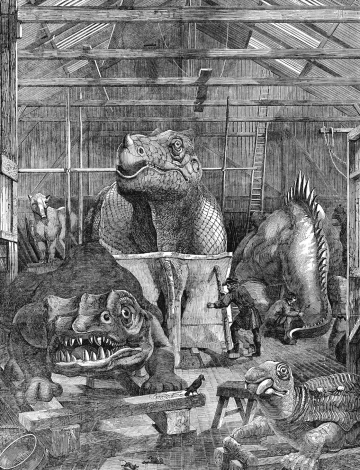 The statues are collectively known as the Crystal Palace Dinosaurs, although they comprise many non-dinosaurs such as a ground sloth, Irish Elk, and marine reptiles in the mix. They’re recognized as the first sculptural recreations of dinosaurs. Albeit a bit deteriorated, and no longer arranged chronologically, the groundbreaking artworks remain in London’s Crystal Palace Park. Clustered on islands in the small, green space’s peaceful ponds, they still appear impressive, towering with scaly details or lurking in the water. Plesiosaurs with curled necks and crocodile-like teleosaurs were meant to impress visitors with the wonders of scientific research, by immersing them in a lost world. 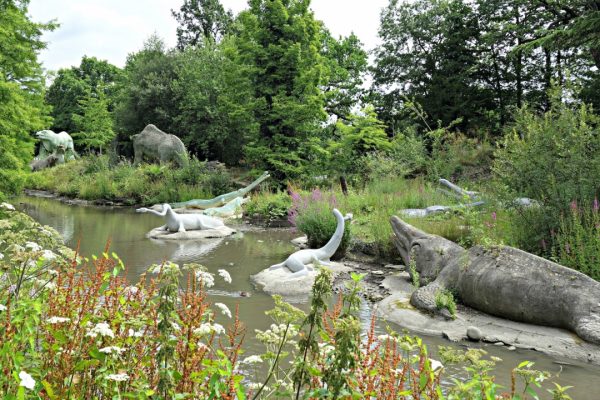 Comments Off on The First Sculptures of Dinosaurs #ArtTuesday