On September 9th, 1947, Grace Hopper removed a moth from the Harvard Mark II, thereby removing the first ‘bug’ from a computer and giving rise to the terms bug & debugging that are essentially synonymous with programming today. 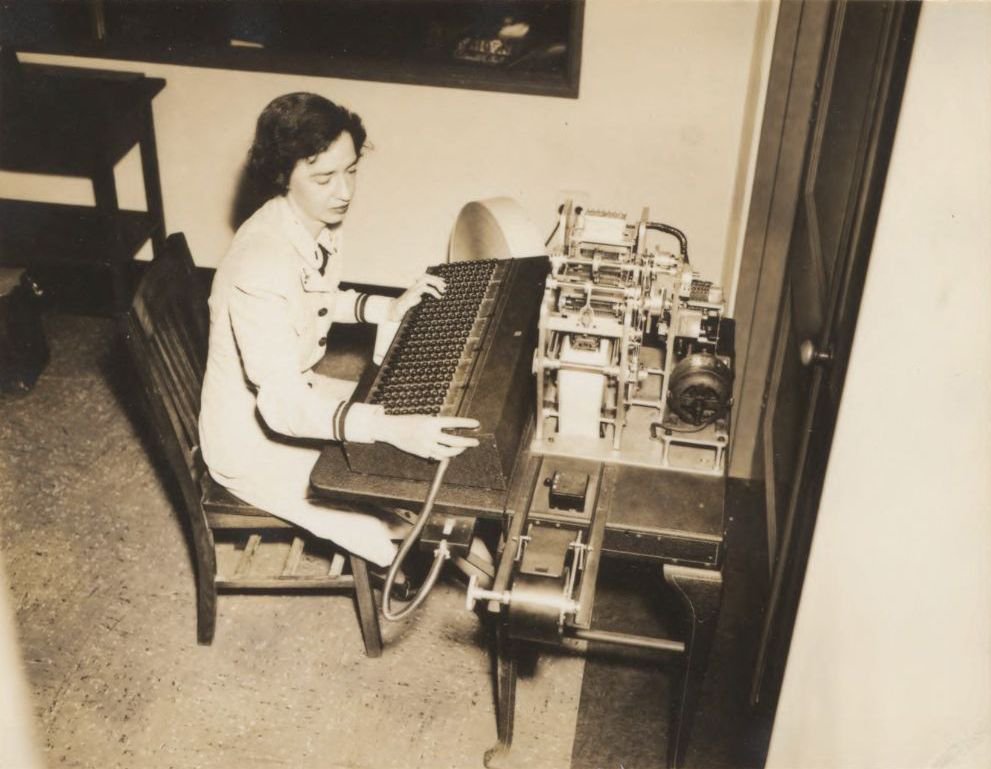 Among the programming practices that Hopper perfected at Harvard was the subroutine, those chunks of code for specific tasks that are stored once but can be called upon when needed at different points in the main program. “A subroutine is a clearly defined, easily symbolized, often repeated program,” she wrote. “Harvard’s Mark I contained subroutines for sine x, log10 x, and 10x, each called for by a single operational code.” It was a concept that Ada Lovelace had originally described in her “Notes” on the Analytical Engine. Hopper collected a growing library of these subroutines. She also developed, while programming the Mark I, the concept of a compiler, which would eventually facilitate writing the same program for multiple machines by creating a process for translating source code into the machine language used by different computer processors.

In addition, her crew helped to popularize the terms bug and debugging. The Mark II version of the Harvard computer was in a building without window screens. One night the machine conked out, and the crew began looking for the problem. They found a moth with a wingspan of four inches that had gotten smashed in one of the electromechanical relays. It was retrieved and pasted into the log book with Scotch tape. “Panel F (moth) in relay,” the entry noted. “First actual case of bug being found.” From then on, they referred to ferreting out glitches as “debugging the machine.”

By 1945, thanks largely to Hopper, the Harvard Mark I was the world’s most easily programmable big computer. It could switch tasks simply by getting new instructions via punched paper tape rather than requiring a reconfiguration of its hardware or cables. However, this distinction was largely unnoticed, both then and in history, because the Mark I (and even its 1947 successor, the Mark II) used slow and clackety electromechanical relays rather than electronic components such as vacuum tubes. “By the time anybody knew anything about her,” Hopper said of the Mark II, “she was a dead duck, and everybody was going electronic.”