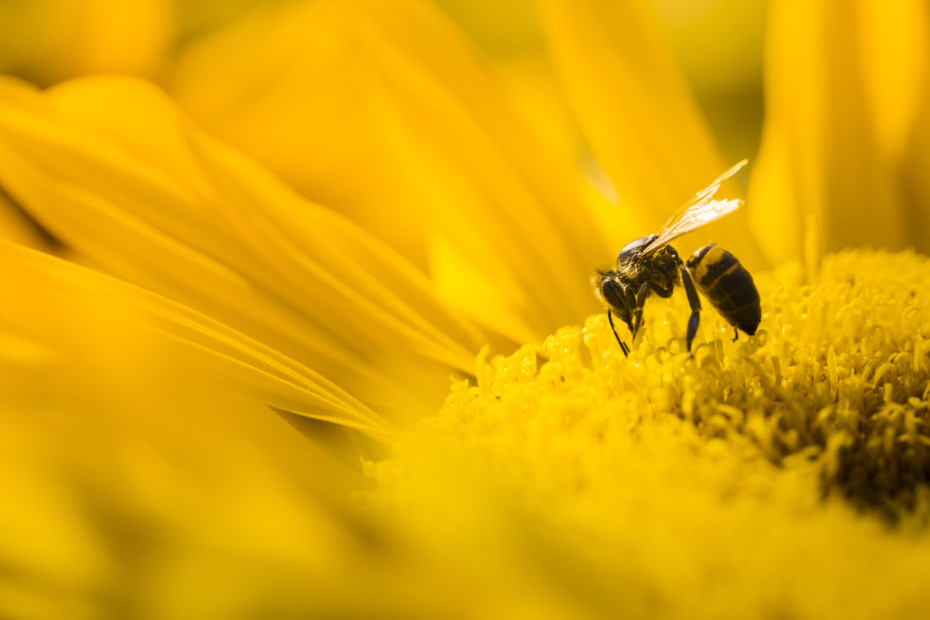 America’s agricultural sector faces an unprecedented crisis. Native honeybees, one of the most prolific pollinators in the animal kingdom, are dying off at an unprecedented rate from Colony Collapse Disorder (CCD) and threatening an ecosystem service worth about $15 billion.

Supported by the National Science Foundation (NSF), the RoboBees project looks to minimize the loss of this critical resource with new microbots that can mimic the pollinating role of a honeybee. But the project has a number of challenges to overcome before these robots can take to the skies.

The RoboBee is a microrobot inspired by the biology of a honey bee. In a remarkable display of biomimicry, scientists have developed a flight-capable robot that’s just half the size of a paperclip and weighs in at one tenth of a gram.

“This is a proof of concept — there’s nothing compared to this. It’s a totally first-time demonstration,” said lead author Eijiro Miyako, a chemist at the National Institute of Advanced Industrial Science in Tsukuba, Japan, in an article published in Scientific American.

The RoboBees project pushes the boundaries of research in a variety of fields, from micromanufacturing to energy storage and even the computer algorithms that control the robots by the swarm.

In 2012, scientists at Harvard showcased the first controllable flight of an insect-scale robot, heralding the first major breakthrough and proof of concept for these prototype bots. The RoboBee achieves flight using piezoelectric actuators, small strips of ceramic material that expand and contract when an electric current is supplied, mimicking muscle tissue. The wings operate independently, allowing for controlled flight — a miraculous achievement for a robot that weighs less than an actual honeybee.

The RoboBee owes its weight and size achievements to new microscale manufacturing methods that make use of a technology called “pop-up microelectromechanical (MEM) technologies.” Pop-up MEMs allow unprecedented scale for the RoboBees and open doors for further development.