Cassini and the NASA Team That Kills Spacecraft 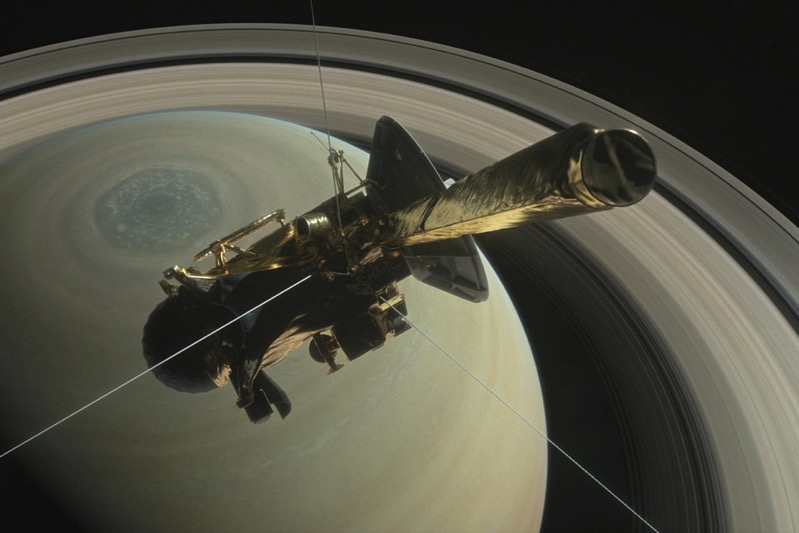 Wonderful (and surprisingly moving) story from The Atlantic on the team that facilitates spacecraft destruction at NASA.

On September 15, a meteor will burst through the cloud tops of Saturn’s atmosphere, burning bright and breaking apart into hundreds of pieces. From Saturn’s surface, this would appear as a beautiful cosmic event, like shooting stars that arc across the Earth’s night sky. But this meteor won’t be a piece of rock jostled loose from an asteroid. It will be the Cassini spacecraft in its final moments of life.

Jupiter saw a similar tail of fire streak through its atmosphere back in 2003, when the Galileo probe turned to face the planet, fired its thrusters, and sped into Jupiter at 108,000 miles per hour. More than a year earlier, a team of people at NASA’s Jet Propulsion Laboratory had decided they would kill the spacecraft by throwing it into into the giant planet. It’s a decision not to be taken lightly, especially when these missions cost billions of dollars and can take decades of planning. Every mission has a team that plans the deaths of these spacecraft; some have planned both the demise of Galileo and Cassini, and they likely won’t stop there. They have good reason to kill these robotic explorers.

Comments Off on Cassini and the NASA Team That Kills Spacecraft