Transformer Drones Are Getting Real #Drones 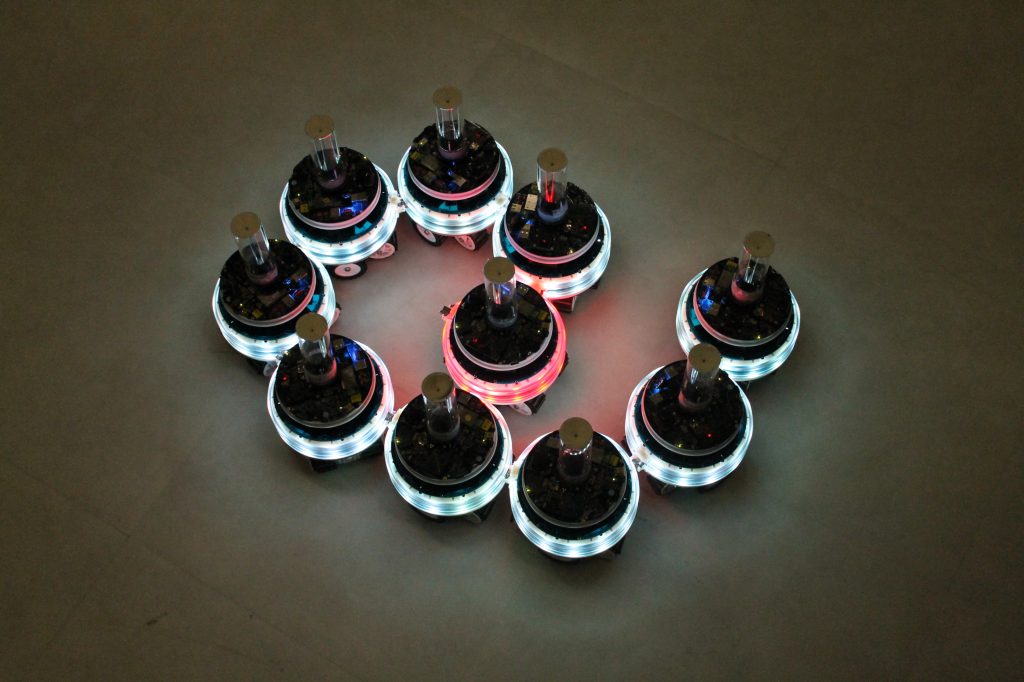 In the future, we may have drones that can autonomously change size, shape and function. Basically, Transformers is starting to get real.

Currently, most autonomous robots are stuck with the function and form they were designed for, but scientists are working hard to change that. In a study published Tuesday in Nature Communications, a team led by Nithin Mathews of the Universite Libre de Bruxelles in Belgium showcased its fleet of “mergeable nervous system” (MNS) robots. Basically, their gang of bots not much larger than tennis balls are connected to a central decision-making robot (called the brain), and they can merge and morph it different formations to serve any number of functions.

The 10 robots used in the study are fully autonomous and have a circular frame, tracks and wheels. Sensors and LED lights line the frame.

“We have developed robotic units that can autonomously form physical connections with each other. Previously, however, each unit was always an independent robot,” researchers write in the study.

To form physical connections, each unit has what’s called an inter-robot connection module. This is an “active gripping device with three fingers and a passive docking ring.” One robot inserts its three fingers into another bot’s docking ring and, voila, they’re connected.

Comments Off on Transformer Drones Are Getting Real #Drones