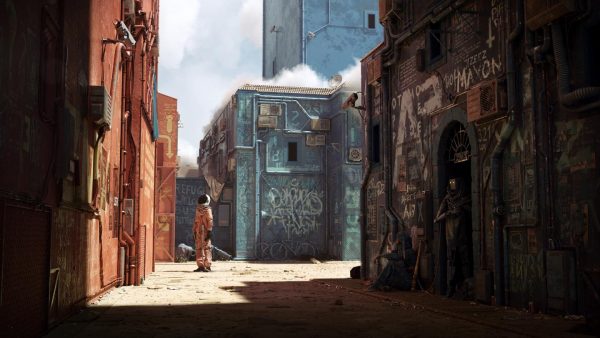 Intellectually, I understand that Cornelius Dämmrich‘s works are two dimensional. But the first time I saw the German digital artist’s work on Reddit, I was convinced that we had achieved headset-free VR. It’s not just Dämmrich’s absolute mastery of rendering software that tricks the mind into perceiving 3D. It’s his use of classic artistic principles like foreshortening, textured elements, and photorealistic lighting that made me momentarily believe his works came to life.

Dämmrich’s most recent high-res composition, “6088AD,” is absolutely breaktaking. The piece features an astronaut, a sitting woman, and a robot with a gun. On Reddit, many have pointed out hidden words and images, such as “Refugees are welcome, no astronauts.”

In an email, Dämmrich told me these hidden messages are part of the fun.

“There is always something hiding somewhere,” he said. “It’s part of the fun to play ‘Where’s Waldo’ with people on the internet and usually there is also stuff nobody can see or understand.”

To create his art, Dämmrich used the rendering application Cinema 4D R18. For the 3D effect, the program utilizes “pathtracing,” a method of rendering light true-to-life by collecting data from objects in the scene, shedding artificial “light sources” on them, and combining them to form a whole. 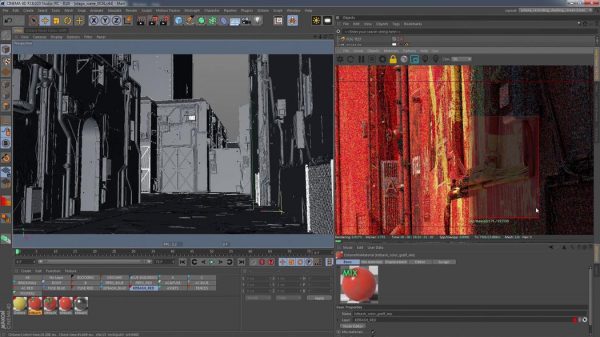