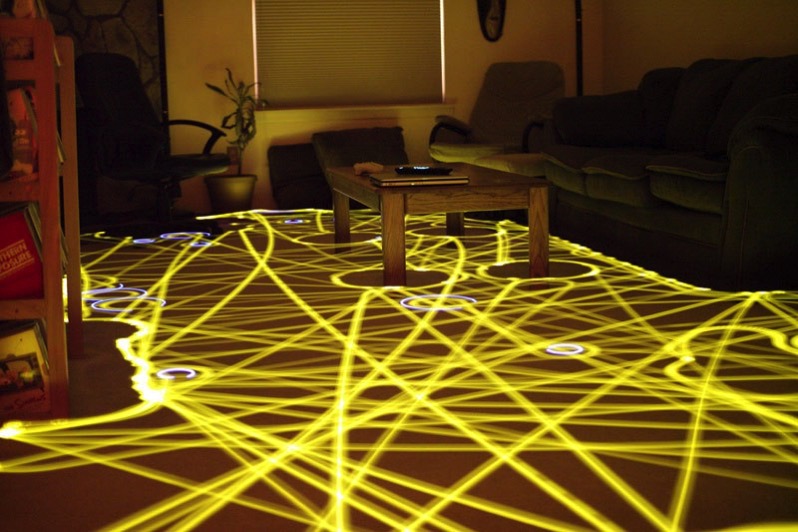 Roombas do not map out the rooms they are cleaning. Instead, they rely on a few simple algorithms such as spiral cleaning (spiraling), room crossing, wall-following and random walk angle-changing (after bumping into an object or wall). This design is based on MIT researcher and iRobot CTO Rodney Brooks’ philosophy that robots should ‘be like insects, equipped with simple control mechanisms tuned to their environments‘. The result is that although Roombas are effective at cleaning rooms, they take several times as long to do the job as a person would. Roombas may cover some areas many times, and other areas only once or twice.

Roombas also come equipped with color-changing LEDs that indicate things like remaining battery power and dirty spots. The LED lights combined with a seemingly random cleaning path has led some intrepid photographers to take long exposure photographs. The results, a kind of ‘light painting’ are mesmerizing.

Some artists have even taken the idea a step further, using multiple roombas in a single room or affixing various colored LEDs to the Roomba to garner a multitude of results. And with no two Roomba paths being the same, the possibilities are endless.

A swarm of seven Roombas, each with a differently colored LED on top. The roombas are operating at the same time. This is part of a “Roomba Art” picture series produced by Tobias Baumgartner, Marcus Brandenburger, Tom Kamphans, Alexander Kroeller, and Christiane Schmidt of the IBR Algorithm Group and Braunschweig University of Technology. 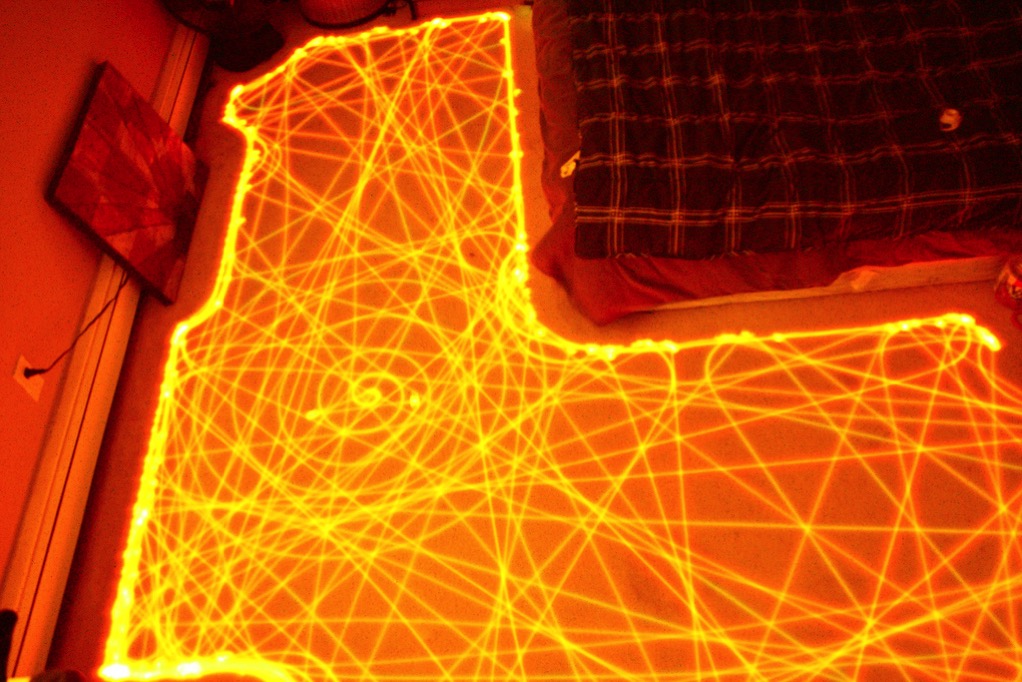 Comments Off on Roomba Art #ArtTuesday