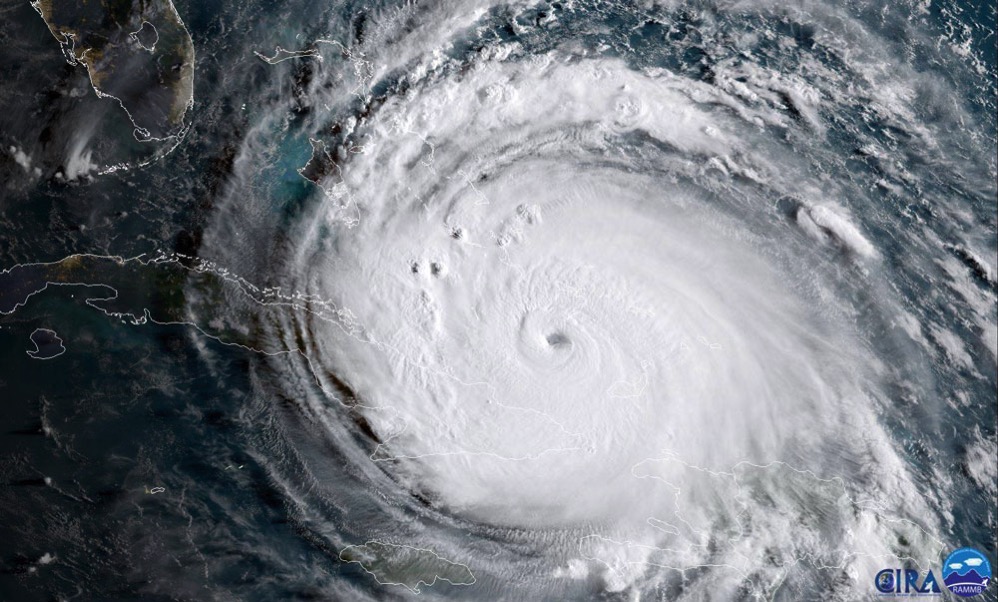 Brian Emfinger is a lifelong storm chaser, and as a photojournalist and drone pilot for KATV in Little Rock, Arkansas, his work takes him places other people would flee.

He was in Rockport, Texas, when Harvey came onshore. He flew his drone after the eye passed overhead, gathering gripping shots of the aftermath across the region.

But as Emfinger geared up to chase Hurricane Irma into Florida, he knew he wanted to capture a drone perspective like no other. He wanted to fly his DJI Mavic Pro drone in the eye of the hurricane.

I caught him by phone as he waited for a gas station to open its pumps outside Tallahassee.

“The plan from before I left Arkansas was to try to get in the eye and put the drone up,” Emfinger says. “I thought that would be really cool.”

Most drone pilots don’t fly in winds over 15 mph as avoiding trees is tough enough in normal conditions. And even pilots who tempt high winds would never consider flying in rain — electronics and water don’t mix.

But Emfinger is obviously not most pilots. He was flying as heavy rain bands approached. Instead of some beast of a drone — an Inspire 2, perhaps — his quad of choice is the tiny Mavic Pro.

“I put it up right before the hurricane core came over yesterday, and winds were gusting to 50 mph,” Emfinger says.

If he felt a gust coming, he’d fly closer to the ground where the winds dropped off. But there was one particular gust where he had to fly around a building for cover. And at one point, he ended up with the drone out 10 feet over the ocean battling to fly it home. And it’s certainly not listed in the manufacturer’s specs, but Emfinger says the Mavic is surprisingly water resistant.

He does make sure his camera has its protective bubble on. You can see the proof in some of his videos from Hurricane Irma, where water spots trickle down the drone camera. His trick: He tries not to actually fly around. He puts it straight up in the air and uses the drone as a skycam. And afterward, he leaves it on in the car while the heater runs.

As he’d planned, Emfinger sheltered from the eyewall in his car next to a sturdy structure and a concrete wall. Many storm chasers ride out hurricanes in parking garages.

“The winds were very, very severe,” he says. “There was debris flying around — pieces of roofing that were literally landing next to me.”

Winds on either side of Irma’s eye were gusting from 50 to 100 mph at his location near Marco Island. And with the eye approaching, he had the Mavic on his dash ready to go.