This Tattoo Can Monitor Your Heart Rate and Brain Waves 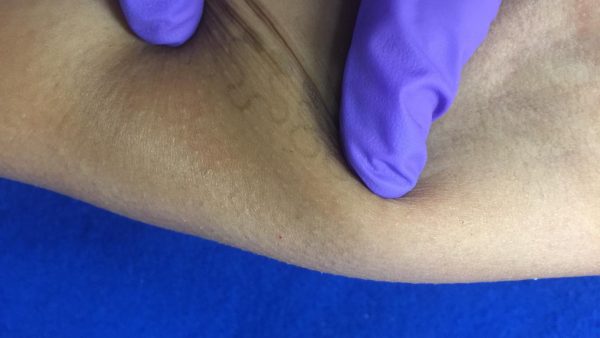 Researchers have developed a tattoo-like sensor that could change the way that bodily functions are monitored.

The Graphene Electrical Tattoo (GET), which was unveiled by a team of scientists at the University of Texas at Austin this summer, is one of the more practical wearable devices recently developed. Led by scientists Deji Akinwande and Nanshu Lu, GET works like other electronic devices, but this skin-based sensor is attached to a temporary-tattoo like device made of graphene. Their work was published in the journal ACS Nano this summer.

Graphene is a relatively newer material that has been hailed by some in the scientific world as being a “miracle material.” It is is comprised of of 2D sheets of carbon atoms and is lightweight—roughly 200 times stronger than steel, biodegradable—and transparent. Because of this, GET can be worn for longer periods of time than other sensors.

The sensor can monitor biometrics such as heart, brain and muscle activity. If it becomes widely adopted, it could also eliminate the large, cumbersome machines that doctors currently use. So far, GET has been able to successfully mimic tests such as electrocardiograms (ECG), electromyograms (EMG), and electroencephalogram (EEG), which measure various heart and brain functions. But it can also monitor skin temperature and skin hydration, which can be harder to keep track of consistently.