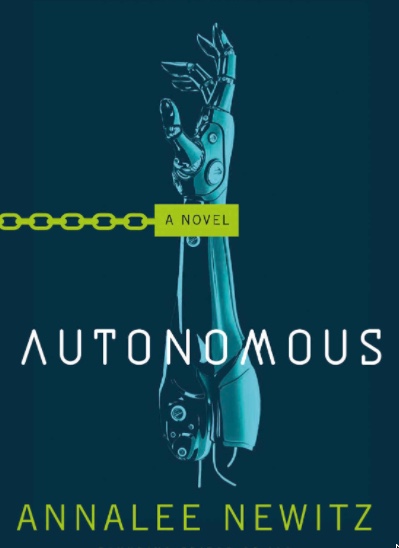 Annalee Newitz has released her first Sci-Fi Novel last week “Autonomous” and it is a blast! Biohacking, Open Source, a powerful maker movement and robot gender issues are represented in full force in the not so distant future (year 2144). This is the perfect mashup of nootropics, implants, wet labs and fab labs. The author is a believer in what she has published in-regards to  information freedom as this book is being released without DRM.

“Autonomous is to biotech and AI what Neuromancer was to the Internet.”—Neal Stephenson

“Something genuinely and thrillingly new in the naturalistic, subjective, paradoxically humanistic but non-anthropomorphic depiction of bot-POV—and all in the service of vivid, solid storytelling.”—William Gibson

Annalee Newitz writes about the intersection of science, technology and culture. Currently she is the tech culture editor at Ars Technica, and previously she was the founding editor of io9, and the editor-in-chief of Gizmodo. She has also written for publications including Wired, Popular Science, the New Yorker, the Atlantic, Slate, Washington Post, Smithsonian Magazine, and more. She has published short stories in Lightspeed, Shimmer, Apex, and Technology Review’s Twelve Tomorrows.

Funny side-note. When I got my first implant in 2005 Annalee immediately called me and used the same doctor friend to implant herself with an RFID tag.

Comments Off on Book Recommendation: Autonomous by Annalee Newitz